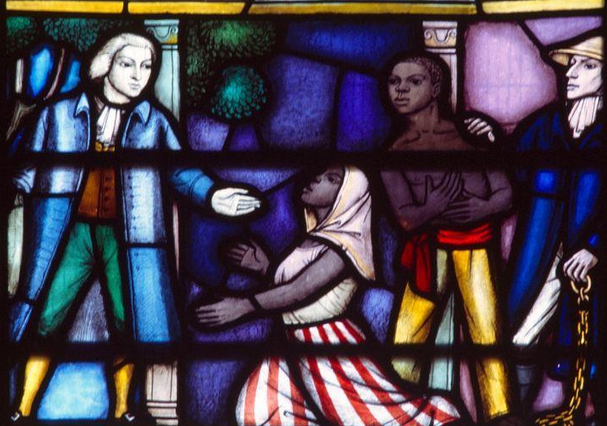 It’s getting harder to be a Christian, especially if you’re a white male. Everybody admires spirituality if it’s Buddhist, Muslim, indigenous or just plain save-the-planet Green. But Christian spirituality is viewed with distaste – too much guilt, too much suffering and, of course, too insincere. In the eyes of many we are the world’s hypocrites.

Now I say nothing against those other spiritualities. They have fine and admirable qualities and loyal, decent adherents. But let’s take stock of our own.

There is absolutely no evidence that anybody before St Paul had ever said anything like ‘There is neither Jew nor Gentile, neither slave nor free, nor is there male and female, for you are all one in Christ Jesus.’ Preferential option for the poor, public hospitals, pensions, free education, justice for prisoners and minorities, even feminism itself, and socialism too – all these things have taken root readily and abundantly in Christian societies. The fight against slavery (still being waged today) continues to be led by Christians. Amnesty International and the Red Cross were Christian foundations.

We now live in what many call a ‘post-Christian world’, and many now claim that these social goods have nothing to do with Christianity, or even that they took place in spite of Christianity. That amounts to a scandalous misreading of history. A Christian world view was fertile ground for the emergence of great and just social changes and the evidence for it is overwhelming. We can argue that socialism and feminism, for example, may have sometimes gone too far, but generous impulses lay at their roots.

Many of these reforms and developments took a long time to emerge. Too long. In every society there is corruption and self-interest and the fight against slavery, for example, was a protracted and terrible one. Long before Wilberforce the Church was deeply compromised on many occasions by financial interests, yet the work of men like Martin de Porres and Peter Claver eventually prevailed.

And it was the traditional Christian societies that led the way. It’s a strange anomaly that many of those who are most critical of Christianity are themselves obvious beneficiaries of those very same social goods that Christianity planted in the world. They share the values, though they may have forgotten the Faith.

This Christian contribution to the civilization of the world is not something we should actively take pride in, for we are told that we should glory only in the Cross of Christ. But it is consoling and inspiring nevertheless for us to remember and give thanks for the good that Christian men and women have done.

For Safety, Ladies, Marry a Christian