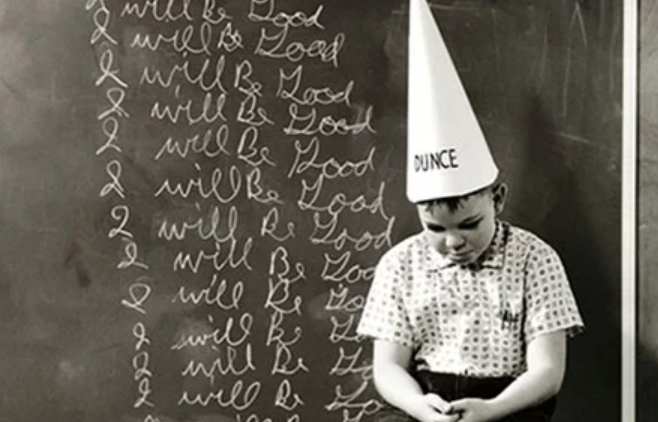 Australians’ greatest resource is not what’s under the ground but what’s between our ears. That’s so obvious when you think about it. The trouble is we rarely do. We endlessly ponder the challenges to our prosperity and security but take our education systems largely for granted. This even though a good grounding in the core culture, a sound grasp of the “three Rs”, and an unquenchable intellectual curiosity are the essential pre-requisites for our future well-being. If we are to continue to flourish, Australians must be at least as capable – individual-by-individual – as the citizens of any other nation. And the foundation of that must be the best possible education.

To the extent that governments ever think about education they assume that more money is the key to quality. Money is important, but how we spend it matters at least as much as how much we increase it. While Australia’s universities appear to be improving somewhat in comparative performance, Australia’s schools seem to be letting their students down (despite a flood of money that is set to increase even further).

Government spending on tertiary education has only increased 20 per cent in the past five years (although outstanding student debt-to-government has tripled over the past decade to just over $60 billion). The challenge for universities is to maintain their performance, given increasing students’ numbers and especially foreign students – many of whom have only adequate English.

Domestic undergraduate numbers have almost doubled over the past decade. Last year, there were almost a million domestic student enrolments plus almost 400,000 overseas student enrolments. Increasingly, our universities are dependent on the income from overseas students, with Sydney University, for instance, charging foreign arts degree students $39,000 a year (compared with just $6000 a year in the HECs generated by local arts students). Although there’s little reason to doubt the academic accomplishment of the best students at the best universities, it’s hard to see how standard degrees haven’t been devalued, given that the percentage of school leavers going to university has expanded from about 10 per cent to almost 50 per cent in a generation.  And universities find it hard to fail foreigners who’ve made such an expensive investment in their education and whose peers’ continued enrolment is essential to universities’ financial future.

In a strong sign that expecting almost anyone to have a degree can hurt both students and universities, the  Morrison government, led by its thoughtful Education minister, Dan Tehan, has capped funding and places for undergraduate degrees.

Graduates still earn more than non-graduates, on average, but the difference is declining, so the challenge for our universities will be to ensure that they really are adding to the economic and intellectual capacities of their students.

Just how much real intellectual rigour are our universities fostering anyway? The fact that 13 Australian universities host Confucius centres, with staff and teaching materials supplied through China’s ministry of education, but only two have agreed to teach a great books course sponsored by the Ramsay Centre for Western Civilisation, suggests a rather selective view of academic independence. Then there’s the soft-left groupthink and consequent self-censorship that plagues our universities no less than others in the English-speaking world.

While the biggest problem for universities is the quality of students, the biggest problem for schools is the quality of teachers. In recent years, some governments have tried to lift the academic requirement for teachers. The Victorian government requires a mandatory minimum ATAR score of 70, meaning that trainee teachers should come from the top 30 per cent of school leavers. But unfortunately this has led to a catastrophic drop off in numbers of enrolments  in teaching degrees. Sadly, the same applies in NSW.

In 2015 half of those offered places in teaching degrees in Australia came from the bottom half of school leavers. The truth is that far more of our brightest prefer careers in medicine, law, engineering, the media, and various branches of commerce. And why wouldn’t they, given the relatively meagre reward that teaching offers?

The result of too many under-powered teachers is poorer outcomes for their students. A 2017 survey by the United Nations Children’s Fund found that Australia ranked 39 out of 41 high- and middle-income countries in achieving quality education. This is a mite ahead of Romania and Turkey but behind Bulgaria, Chile and Lithuania.  In 2016, the OECD’s programme for international student assessment found our students 14th in science, 16th in reading, and 25th in mathematics out of 72 participating countries.

A planned 50 per cent increase in school funding over the next decade, on top of a 50 per cent increase in the past decade, is unlikely to make much difference as long as two-thirds of Australian youngsters are educated in state school systems that are essentially run by teacher unions. Uniformity and mediocrity will always flourish when the system is geared to the protection of below average teachers.

With nearly 10,000 schools, more than 200,000 teachers, and over 3.5 million students around the country – and with two levels of government involved – change for the better is hard to orchestrate. Still, an education policy that fosters the greater autonomy of principals, more parental involvement, more academically rigorous curriculum and higher teacher quality is essential for our schools to improve and our people to prosper.

Ross Fitzgerald AM is Emeritus Professor of History & Politics at Griffith University and the author of 40 books. These include the political/sexual satires ‘So Far, So Good’ and Going Out Backwards’, both published by Hybrid in Melbourne. Professor Fitzgerald’s forthcoming Grafton Everest adventure, ‘The Dizzying Heights’ will be released in November

The Speech He Should Have Delivered