A minor but intriguing aspect of World War I history is the controversy over the botanical identity of the famous Lone Pine at Gallipoli. This tree stood on a ridge on the battlefield, and until destroyed by gunfire, was a reference point for soldiers on both sides. In fact it was probably taken out by the Turks themselves as soon as they realised the ANZACs were using it for artillery registration. Since then, over the decades it has become symbolic and many memorials contain a specimen or grove of “lone pines”, usually said to have been propagated from the original tree. 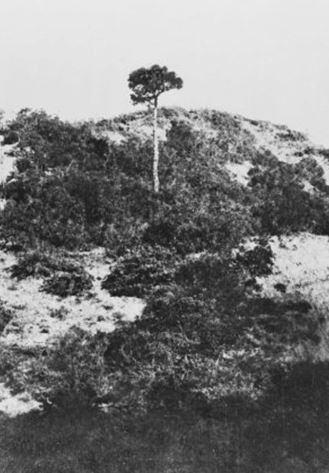 Lone pine at Gallipoli, photographed in 1915[i]

There is a typical example in Kings Park in Perth, Western Australia. Close to the War Memorial a pine tree has been planted which has a plaque at its foot, identifying the tree as an Aleppo Pine. The wording on the plaque goes on to claim that the tree was  “grown from seed from the Lone Pine in Gallipoli”. This is incorrect in several ways, not the least being that the original lone pine ceased to exist nearly a century ago.

The most likely source of the seed for the Kings Park tree is the Aleppo Pine growing at the Australian War Memorial in Canberra. This tree was planted in 1934 by the Duke of Gloucester, raised from seed from a pine cone found in a Turkish trench and sent home from Gallipoli to his mother in NSW by Lance Corporal Ben Smith. The tree at the War Memorial is still alive, still produces seed and is the major source of “lone pines” regularly planted on Anzac Days all around Australia. 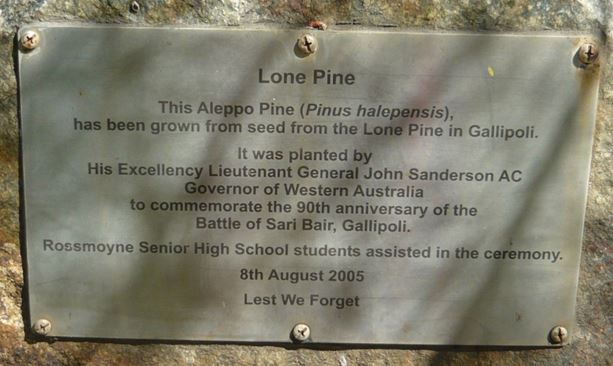 Plaque at the foot of “the Lone Pine” in Kings Park

However, the Aleppo Pine (Pinus halepensis) was not indigenous to Turkey or the peninsula on which the Gallipoli campaign was fought. Although it has long been planted in woodlots and as an ornamental tree in many countries, it grows naturally only in Mediterranean countries like Spain, Syria and Morocco[ii]. Branches of Aleppo Pine were brought in to Gallipoli from plantations beyond the Dardanelles and were used to roof the Turkish trenches and dug-outs. It seems that this material was the source of Benjamin Smith’s cone.

The pine tree that is native to Gallipoli is the Turkish Red Pine (Pinus brutia).  Scattered specimens of Red Pine grew in the area that later became the battlefield, but all trees except one were cut down by the Turks for construction of their defensive trenches in the expectation of the ANZAC landings. The celebrated Lone Pine was certainly a Turkish Red Pine, and it is this species that should be acknowledged.

In fact, a cone from the “real” lone pine on Lone Pine Ridge was collected by Sergeant Keith McDowell who put it in his knapsack, where it remained until he returned to Victoria after the war. Four seedlings were raised from seed from this cone and planted at shrines and war memorials in several places in Victoria, including the Shrine of Remembrance in Melbourne. These seedlings were/are indubitably Pinus brutia.

They are the only true descendents of the original Lone Pine at Gallipoli.

To add to the confusion, it is not possible that any Aleppo Pine seedlings could be grown from seed from the current “lone pine” now growing and revered by visitors at the ANZAC War Memorial at Gallipoli. This tree is a Stone Pine (Pinus pinea).  Stone Pine is not native to this region either. It grows naturally in Italy, and is seen at its best providing welcome shade in Rome. However, it has for many years been planted throughout Turkey (and elsewhere) for the production of edible seeds (known as ‘pine nuts’), and is thought by some people now to be indigenous to the area. 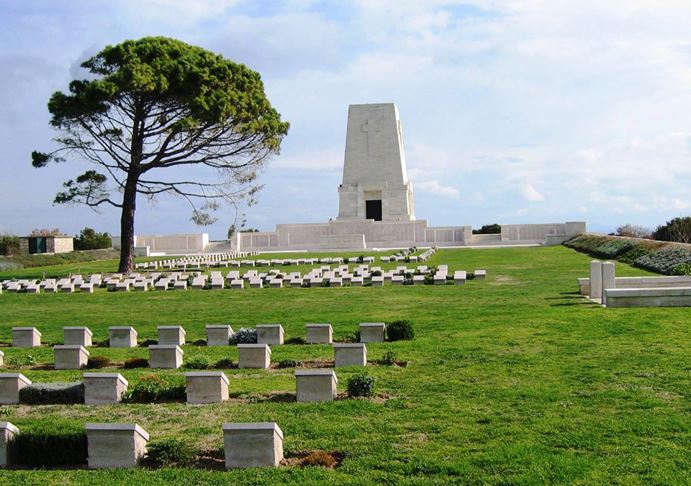 Does any of this matter?

In my view it is important that plaques should give accurate information. This is especially so in a botanic garden. The flaws in the plaque at “the lone pine” in Kings Park (the home of the Western Australian botanic garden) were drawn to the attention of the park managers some time ago, but no attempt has been made to correct the message.

On the other hand, the planting and nurturing of ‘lone pines’ can be regarded as a symbolic act of commemoration,  a reminder of sacrifice and courage.

From this perspective, botanical accuracy does not matter: any species of tree will serve the purpose. Interestingly, one of the trees adopted in New Zealand as a representative Lone Pine is Radiata Pine (Pinus radiata) which comes originally from California … but to the credit of New Zealanders it is not claimed that this tree is derived from seed from the original lone pine of Gallipoli.[iv]

Also to their credit, the Australian War Memorial does not claim that their memorial tree is a descendent of the original lone pine, and they acknowledge that the original was Turkish Red, not Aleppo Pine. However, Memorial historian Peter Burness says the taxonomy of the tree does not affect its symbolic significance. It is the connection to the bloody assaults and staunch defence on the Sari Bair (Lone Pine) ridge that is important, he says, because it reminds us of the lives that were lost. 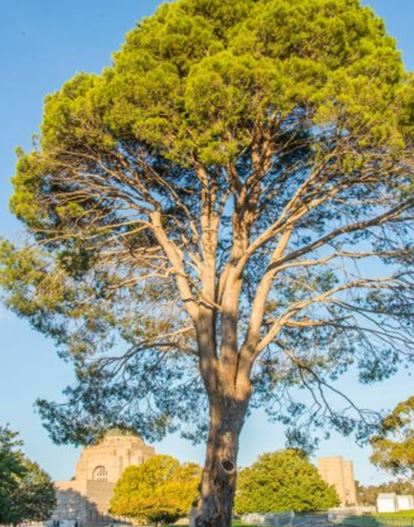 The Aleppo pine (Pinus halepensis) at the Australian War Memorial in Canberra, planted by the Duke of Gloucester in 1934

And in any case who, other than a few old foresters or dendrologists, can tell one species of pine from another? Both the Aleppo and the Stone Pine are grander trees than the Turkish Red Pine, and are possibly better adapted to growing in the climates of southern (“Mediterranean’) Australia. This suggests a compromise that Australian memorialists could adopt: (a) accept the concept that any pine tree can be planted to commemorate the fallen at Gallipoli; but (b) ensure the published botanical and historical information about the tree is correct.

Roger Underwood is a forester, and author of A Botanical Journey, a history of botanical science in Western Australia

[ii]               Many Western Australians are familiar with Aleppo Pine from the settlement at Rottnest. At one time they were favoured as a source of pine cones for the stoves in the old bungalows.

Media is the Massage for Islam’s Bad PR

A Royal and Platinum Bond Only Death Could Break