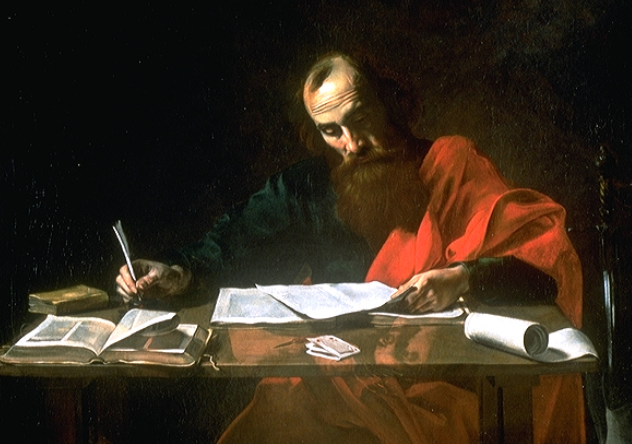 The rugby player Israel Folau most likely compiled his list of sinners for whom Hell awaits from St Paul’s first epistle to the Corinthians, 6:9 (below from King James Bible), although similar warnings are to be found  in Romans 1:18-32 and Galatians 5:19-21:

The Folau controversy prompted me to read a book by Sarah Ruden, a translator of Virgil’s Aeneid, titled Paul Among the People. She examines what Paul said in the context of the customs, the morals and the laws of his time, using relevant texts of Greco-Roman civilisation. She reveals a world of slavery, everyday brutality and prostitution, and a harsh attitude to life. I discuss here only her account of that which concerns adultery, fornication and homosexual acts, acknowledging that she also analyses what Paul says about women, the State, slavery and the type of Christian communities Paul sought to establish. Also, to keep a proper sense of proportion, I should note that Paul’s words on adultery, fornication and homosexual acts amount to no more than a scant five per cent of his Biblical writings[1].

Adultery: Let us begin with adultery, which Paul condemns in three passages. He does not elaborate on it much, perhaps because adultery was already so widely condemned. I did find an interesting quote from Paul where he puts adultery into the context of love for one’s neighbour:

For the Greeks, adultery was illegal. In Athens, the household of an adulterous woman would be broken up. The children of her marriage would be considered illegitimate, they could no longer inherit and were no longer citizens. The adulterous man, however, the real guilty party, was despised as are pedophiles today. The full force of public anger and punishment was aimed at him. Adultery was considered all the more licentious because there were so many prostitutes, and there was no shame about using them. Also, men had many opportunities for free sex with slaves and unmarried freed women. The Romans were less severe, although adultery was usually the end of a marriage and the guilty man could be the target of vengeance and perhaps hired killers.

In all, just about everyone in the empire would have thought Paul had not created a new rule, but had added a new dimension to one that everyone had always known. Indeed, his advocacy of enduring and committed relationships for both the man and the woman tends to be overlooked.

Fornication: On fornication, Paul’s wrote at greatest length in his first Letter to the Corinthians:

…Now the body is not for fornication, but for the Lord: and the Lord for the body. And God had both raised up the Lord, and will also raise up us by his own power. Know ye not that your bodies are the members of Christ? Shall I then take the members of Christ, and make them members of an harlot?  What? know ye not that he which is joined to an harlot is one body? for two, saith he, shall be one flesh. But he that is joined unto the Lord is one spirit. Flee fornication…he that committeth fornication sinneth against his own body. What? know ye not that your body in the temple of the Holy Ghost which is in you, which ye have of God, and ye are not your own? For ye are bought with a price: therefore glorify God in your body, and in your spirit, which are God’s.

Paul sees the body as a temple, where flesh and the spirit meet. Fornication, expressed here as sex with a harlot, pollutes and desecrates that temple, making it not worth the price Christ paid for it by his crucifixion.

In Paul’s time, a long-term intimate relationship among slaves, freed people and the poor did not involve an official marriage, a rite normally reserved for the well-off. Therefore, according to Ruden, ‘fornication’ is not the right word to translate porneia which Paul had condemned. This Greek word, which derives from the verb ‘to buy’, meant ‘whoring’. Prostitutes were mostly slaves. Some of the women had to parade naked, and there are Greek vases showing men hitting them. Even in the case of sex without payment, there was frequent brutality and little romance. The author suggests that Paul wished to condemn the use of a person as a mere object. He demanded a new sort of intimate relationship, a true and sanctified union, to which adultery and whoring were utterly alien.

Homosexuality: Let us turn finally to the topic of Paul and homosexuality. He wrote to the Christians in Rome (Romans 1:26-27 KJV):

For this cause [reason] God gave them up to vile affections, for even women did change the natural use into that which is against nature: and likewise also the men, leaving the natural use of the woman, burned in their lust one toward another; men with men working that which is unseemly, and receiving in themselves that recompense of their error which was not meet.

Paul was Jewish, and Judaism had always condemned homosexual acts. For Gentiles, it was customary to use young male slaves for sex. Paul would have seen, among the prostitutes on the street, young boys. At every slave market handsome boys were sold to pimps who paid high prices. The clients, to demonstrate their masculinity and to preserve their reputation, would often act brutally. The boys were used, humiliated and damaged, morally and physically. Wealthy parents had to employ minders to protect handsome sons from sexual assaults while walking to school or to the market.

Ruden notes that Paul had introduced his condemnation of a range of vices, including homosexual acts, thus (Romans 1:18, KJV):

Some Bible translations, including the New Revised Standard Version, replace ‘unrighteousness’ with ‘wickedness’. In either case, Ruden argues ‘injustice’ would be a better English translation[2], and that injustice includes the idea of hurting someone. In the context of the homosexual activity most widely practised at that time — pederasty, often violent — slaves, freedmen, the young and the poor would have fully appreciated Paul’s words.

Ruden presents Paul not as a Puritan but as a man fiercely angered by debauchery and sexual violence, a man who wanted Christians to live differently in faithful intimate relationships, abandoning selfishness, violence and all trace of exploitation. It was a demanding way of life, in which one showed love and desired only the best for the other person. Her book enriches our understanding of Paul’s time, place and language, and especially of the new way of living which Paul was preaching. It also helps us see what Paul saw in the acts and their likely results for the adulterer, the fornicator or the men who sexually exploited other men.

Folau’s selective list of sins and sinners to be warned about the torments of hell is blind to the historical context.  It sells Paul and Christianity short:  ‘just avoid these sins, and you won’t go to hell when you die’.

Paul had a far greater vision. He believed that the Resurrection of Christ fulfilled God’s promise to the Jews: to set the world right and to make a new Covenant with his people.  But God’s promise would be fulfilled in an entirely unexpected way: not through force and violence, but through selfless love, freely given. Even more, Paul believed God’s new covenant was made for the people of the whole world[3]. So of course the debased sexual morals of Greeks and Romans, as described by Sarah Ruden, had to change, so that they too could be among God’s people and join in His project for the world.

[1] Paul’s Epistles amount to about 43,000 words of which about 2,000 bear directly on adultery, fornication and homosexual acts.

[2]  The Orthodox scholar, David Bentley Hart uses ‘injustice’ in his 2017 translation of the New Testament.

[3] See, for example, the writings and lectures of the Anglican theologian N. T. Wright.

The State as Hire Authority