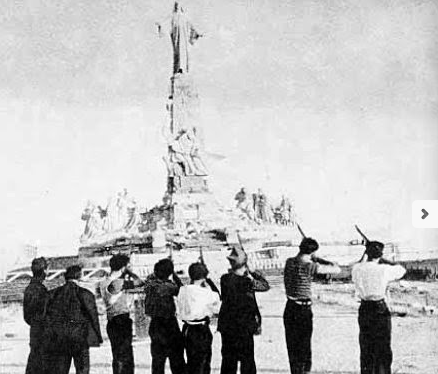 Early morning this Easter Sunday, bombs exploded in churches and hotels in Sri Lanka, killing hundreds of people, most of them Christians. I am a Christian from Sri Lanka. My people lost lives and limbs and family members.

When I first heard that those bombings were done by jihadist Muslims, I was really surprised. There’s never been any violence between Muslims and Christians in Sri Lanka before. When I was in school in Sri Lanka, my best friend was Muslim.

So you can imagine how I hit the roof when Claire Harvey, deputy editor of the Sunday Telegraph,  used her ‘white privilege’ to push exactly that kind of fashionable Western sexual permissiveness, in the name of so-called Christianity. Here is part of what she wrote on June 29:

I say you professional Christians are all fakes and phonies, and you’re riding out the last pathetic wave of bigotry because you know deep down that if you said what you truly think about gay people you’d be sacked, too.

I’m sorry, Ms Harvey, you’re completely out of touch. It’s not the white, privileged middle-class who are supporting Folau. It’s migrants like me, who believe that there is an order, a pattern, to our sexuality, which is created by God, and discernible by science.

We believe that kind of ordered sexuality is good for individuals, families, and society in general. That’s where conservative views of sexuality come from. We love everyone. We want everyone to live well. So we talk about what we think is good for everyone.

Conservative religious views on sexuality are now officially in the minority. The same-sex marriage plebiscite showed us that. That’s okay. We’ll live with that reality. As a minority, we need to speak in a gracious way that admits that most people disagree with us. Lots of Christian leaders, myself included, have said Folau should have communicated better. In Folau’s Instagram post, hell was in bigger font than Jesus. It should be the other way around. Jesus always needs to be loudest and most central. If we’re convinced that Jesus is good, then what he says about sex makes sense.

This is why religious freedom is important. If Australia really wants to be a free society, it will protect the ability of religious minorities to talk publicly about why we believe our religion is good – especially when that religion contradicts what’s publicly fashionable.

So, Ms Harvey – now that conservative religious people like me are a minority, are you, as a senior journalist, going to protect our right to speak and live according to our beliefs? Or are you going to use your power to insult us, using fear-mongering epithets like “homophobe” to bully us now that we’re down?

And, as a senior journalist, you know perfectly well how news spreads in today’s globalised, inter-connected world. You are of course welcome to believe anything you want. But please stop preaching that you represent Christianity, because you don’t. Your fashionable Western so-called Christianity is going to reinforce the kind of anti-Christian prejudice that gets real Christians killed.