Night Descends on Our Age of Reason 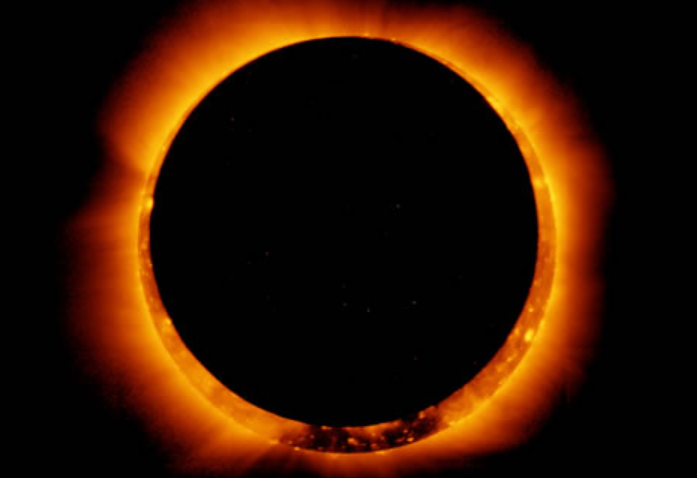 Searching investigations by the Royal Commission into child sexual abuse in Australia have helped address egregious offences committed against young and vulnerable people over many years. The Christian churches, particularly the Catholic and Anglican churches, have been forced to confront terrible harm done to minors in their charge. The consequent collapse in the moral standing of the churches in Australia has been catastrophic.

Public opinion towards senior church leaders — bishops, in particular — hardened during the Royal Commission’s enquiries. Criminal trials have led to prison sentences; and internal church investigations have resulted in bishops being deposed and, in some cases, stripped of their orders because of a proven failure to act on information about perpetrators of sexual abuse. But now a senior Australian bishop is judged to have done much worse.

Found guilty by an Australian court in December 2018, Cardinal George Pell’s conviction — by a unanimous jury — on five historic charges of child sexual abuse did not become public until a reporting suppression order was lifted by the court at the end of February. The Cardinal intends to appeal the verdict – the result of a re-trial following an earlier trial that ended when its jury failed to reach a decision.

Details of the second trial have become widely known since the lifting of the suppression order. Fr Frank Brennan SJ was one of the first to offer a clear assessment of the court’s verdict in which he examined the evidence, and raised questions both about the cogency of the prosecution’s case and the reliability of the verdict that the jury reached after three days of deliberation. A date for the appeal hearing has been set for early June.

The verdict has divided Australia. Many who are trenchant critics of the Catholic Church welcomed the verdict. They insisted the prison sentence imposed on Pell is an entirely appropriate punishment for a hated leader of a church equally hated for its betrayals of the young in the scandals of child sexual abuse. They welcome the downfall of a prelate whose steady defence of conservative Catholicism offended their progressive ideals.

But others have been deeply unsettled by the verdict. From the first, Pell denied the allegations with which he was charged. As one of the two boys concerned is deceased, the jury relied solely on the testimony of a single complainant. But this testimony was confused, inconsistent, and filled with errors. Even so, the jury accepted this testimony, and Pell was convicted in relation to offences alleged to have been perpetrated against both boys.

The standard of proof in sex crimes trials is the same is for other criminal trials: the jury must be persuaded of guilt beyond reasonable doubt. The onus is not on the accused to prove their innocence to the jury. Yet as Australian journalist, John Silvester, remarked, “Pell was found guilty beyond reasonable doubt on the uncorroborated evidence of one witness, without forensic evidence, a pattern of behavior or a confession.”

One significant difference between the prosecution of child sex abuse crimes and other crimes is that in the former, the victim is assumed by the police to be telling the truth and therefore is to be believed. The testimony gathered from complainants can be put before a jury; but rather than test its veracity, the police almost always accept the testimony as true. Thus, even though the case against Pell was deeply flawed, the matter went to trial.

Pell, who has now begun a six-year prison sentence, has been granted leave to appeal against the verdict. He will argue that the verdict was unsafe because it failed to take into account the flaws in the prosecution’s case identified by the defence. Many fear that this failure on the part of the jury has led to a very significant and disturbing miscarriage of justice; and they hope the appellate judges, who sit without a jury, will agree.

Cardinal Pell has been especially vilified as the nation’s senior Catholic who personifies the culture of abuse, deceit, and denial believed by many to suffuse the Catholic church in Australia. Public outrage and distress at the scandal of child sexual abuse means the churches are now confronting the most hostile environment in which to pursue their Christian mission. For some commentators, this hostility seethes with pure hatred.

Australia’s common law tradition allows for the soundness of a criminal conviction to be questioned on appeal. But the culture of Australian society also allows for a public questioning of such soundness. Open debate about verdicts of guilt or innocence is characteristic of a free society. For example, concern about the innocence of Colin Ross led to a posthumous pardon 87 years after he was hanged for murder in Melbourne in 1921.

A jury in a criminal trial can return a verdict of guilty only if satisfied beyond reasonable doubt that the prosecution has proved the guilt of the defendant. Judges are not permitted to define “reasonable doubt” but it falls short of absolute certainty. A jury member is expected to exercise reason in deciding thoughtfully whether or not the prosecution has presented enough evidence to overcome the presumption of the defendant’s innocence.

Yet such is the fevered spirit of our own age that even to suggest the jury’s decision in the Pell case might be questionable is to invite condemnation and rebuke. As if doubting the efficacy of the legal system were not bad enough, they say; far worse, is that to raise concerns about a miscarriage of justice is to question not only the veracity of this complainant, but of every complainant, anywhere, who makes sexual abuse allegations.

But this is to slip the moorings of reason. Our system of justice depends on the testing of veracity and the corroboration of evidence. Any miscarriage of justice undermines the public standing of the courts and the police, and corrodes trust in our institutions. Hatred of the Catholic Church is leading those resolved to stop any questioning of the Pell verdict to disdain the very social capital upon which the health of our civil society depends.

The right to a fair trial has been central to our justice system because we believed that all individuals have inalienable rights under the law. This commitment to human rights is founded on certain widely accepted assumptions about human beings and the way they should live. Once emotion displaces reason, however, rights will, in turn, be displaced by demands for acceptance and affirmation. Reasoned thought will give way to hurt feelings.

The defence of human rights and freedoms depends on a foundation of reason. Reason is the basis for the deployment of human rights language to criticize and reform all sorts of behaviour. Appeals to rights entail the demand that universally valid standards of behaviour are always recognised. And our trust in Australia’s legal system depends upon the conviction that the courts administer justice impartially, based on reason and not on emotion.

Reform of human rights law in Australia has won legal protections against discrimination on the grounds of race, sexual orientation, gender, and disability. These protected rights, which appeal to reason, are upheld in laws passed by Commonwealth and State legislatures. However, religious believers are now concerned that the advance of some rights — especially concerning sexual orientation — threatens to encroach upon the free exercise of religion.

They base their calls to protect religious liberty on their reasoned vision of what constitutes a good society in which the rights of all citizens enjoy equal respect under the law. But their appeal to reason will fail. Our fixed points of meaning that have been based on reason are disappearing. Reason has been displaced by emotion, which serves as the new basis for meaning. For example, in sex crime trials, the function of reasonable doubt in the mind of the juror has given way to feelings the juror has about the credibility of a witness. Reason will not allow us to navigate these new points of meaning.

Religious institutions currently campaigning for legal protection against religious discrimination are about to find that the ground of reason upon which they were confidently building their arguments has shifted. Reason in Australian public discourse has been eclipsed. Failing to notice this tectonic movement, however, the campaigners continue to build; but like the foolish man, they build on sand.

Hegel caught this precisely, alerting us to the changes that occur in our spheres of meaning when he remarked that, “The owl of Minerva takes its flight only when the shades of night are gathering.” What Hegel means is that we only begin to begin to think about meaning in our lives when an old system of meaning has begun to disappear; and when we see that the new system emerging cannot be understood within the old.

The shades of night are descending on the age of reason. The light has dimmed rapidly as the language of values has surged in social discourse to displace the language of virtues. Values, however, are simply expressions of personal preference without any basis in tradition or social consensus. As such, values are purely subjective and can impose no moral obligations on others — even though we may want them to mean something in a shared way.

This has implications for the way we think about the cardinal virtue of justice, which is grounded in reason and has a shared moral purpose grounded in tradition and social consensus. But reasoned discourse about justice becomes impossible if we discard the language of virtues and resort to values language. Rights lie beyond choice and preference, a point made well by the Australian legal philosopher, Iain Benson.

“If we believe moral beliefs to be relative,” Benson observes, “then we cannot have a commitment to ‘justice’ shared by all global communities and we would not be able to subscribe to the main concepts in The Universal Declaration of Human Rights (1948). These are not ‘universal values’ because there, in fact, no such things. ‘Values language’ rejects the idea of shared moral goods as essential and necessary.”

Religious believers now seeking legal protections for the fundamental right to religious freedom are already finding that their reasoned arguments fail to make purchase in the era of feeling – or the era of un-reason – upon which the sun is now rising. Fervid hostility to any public expression of religious belief, morality or doctrine said to offend, humiliate, or disempower the vulnerable is already spilling out in vile hatred for Christians.

None of this has been caused by the Pell trial, of course. Nor by the work of the Royal Commission. But the exposure both of terrible cases of sexual abuse and of the indifference to suffering and the compliance of those who led the churches has exhausted any vestige of a willingness to accommodate Christian teaching and practice in a secular society.

Reasoned appeals to the importance of upholding human rights and acknowledging religious liberty as a fundamental freedom articulated in international covenants will be enfolded in the darkening gloom. Minerva’s owl is on the wing: Christians – and, indeed, all religious believers in Australia – now have an ever greater need for eyes with which to see.

The Drum on the GFC