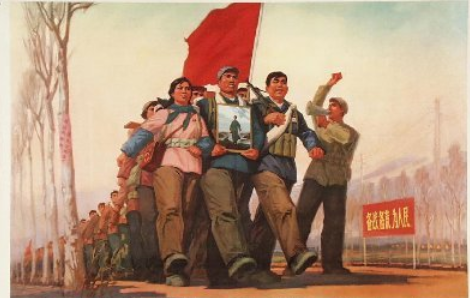 Much is being made of Anthony Albanese’s humble upbringing.  Graham Richardson, for example, lauds the new ALP Leader as “the kid from the Housing Commission one-bedroom flat, raised by a single mum”.

While not wanting a re-run of the Monty Python sketch about disadvantage and having to live in a shoe box, my childhood also involved poverty and hardship.  The difference, though, is that whereas Albanese is from the Left faction of the ALP, I’m centre-right and a conservative. As to why I’m a conservative and why so many Australian voters preferred the continuity and stability represented by Scott Morrison, rather than Bill Shorten’s politics of envy and radical change, the answers are easy to find.

Central to Morrison’s campaign was appealing to the quiet Australians living in the outer suburbs of our major cities and to rural and regional Queenslanders.  For these Australians home ownership, gainful employment, financial security and family are what matter most.

Unlike voters in wealthy electorates like Higgins, Kooyong and Warringah, of most concern are issues like the cost of living, the increasing congestion and stress caused by overpopulation and the sense that society has been overwhelmed by politically correct ideology, censorship and groupthink.

As noted by the British academic Roger Scruton “ordinary people are conservative, they just don’t articulate it”.  By stressing change and channelling Gough Whitlam’s 1972 It’s Time campaign Shorten appealed to the inner city privileged set but, in doing so, reinforced the belief the ALP was the party of what Scruton calls the “intellectual class” — a class that sees itself “gifted with superior insight and intellect and therefore inevitably  critical of whatever it is that ordinary people do by way of surviving”.

The fact that cultural-left commentators like Jane Caro, Phillip Adams and Yassmin Abdel-Magied so deplored the election result best illustrates this out-of-touch sense of privilege. Such was the combined distress and hostility expressed by the ABC and former Fairfax, now Nine, commissariat that one is reminded of the lines from Bertolt Brecht’s poem The Solution that it would be best “To dissolve the people and elect another”.

After the uprising of the 17th June
The Secretary of the Writers Union
Had leaflets distributed in the Stalinallee
Stating that the people
Had forfeited the confidence of the government
And could win it back only
By redoubled efforts. Would it not be easier
In that case for the government
To dissolve the people
And elect another?

Even though the reasons why Donald Trump won the Presidency, why the British voted for Brexit, the rise of centre-right parties in the European election and why Scott Morrison is now PM are different there are similarities. Underpinning all is a sense that increasing numbers of people feel alienated and dispossessed. While the intellectual class preaches global warming, open borders and immigration, gender fluidity, identity politics and victimhood the rest of society is seeking stability and continuity.

As argued by the English philosopher Michael Oakeshott “To be conservative, then, is to prefer the familiar to the unknown, to prefer the tried to the untried, fact to mystery, the actual to the possible, the limited to the unbounded, the near to the distant, the sufficient to the superabundant, the convenient to the perfect, present laughter to utopian bliss”.

Unlike the socialist urge to perfect human nature and achieve a utopia on this earth, to be a conservative is to accept the imperfectability of human nature and to understand utopian dreams, no matter how appealing, always lead to violence and oppression. Lenin’s worker’s paradise, which was anything but, Mao’s inglorious Cultural Revolution and Pol Pot’s Year Zero resulted in millions starved, imprisoned and killed.  To be conservative is also to realise that continuity is just as important as change and that evolution is preferable to revolution.

While characterised as ossified and backward-looking the reality is that conservatism also embraces the need for change.  As suggested by Edmund Burke who many consider the father of conservatism “We must all obey the great law of change.  It is the most powerful law of nature”.

At the same time, based on observing the horror and death of the French Revolution, Burke argues “it is with infinite caution that any man ought to venture upon pulling down an edifice which has answered in any tolerable degree for ages the common purpose of society”.

While the cultural Left argues Western liberal democracies like Australia are fraught with inequality and disadvantage, that religion and the church are oppressive and the traditional family offers nothing beneficial, conservatives argue those institutions that have stood the test of time need to be defended.

The slogan employed by the UK’s Vote Leave campaign “Let’s Take Back Control” and John Howard’s slogan during the republican debate “it ain’t broke, don’t fix it” were so successful because they tapped into the conservative side of human nature in a world characterised by incessant turmoil and unwelcome change.

10 thoughts on “The ‘Infinite Caution’ of not Leaping Forward”

On the Use of Fetal Tissue in Vaccines