Modelling the Language of Mercy 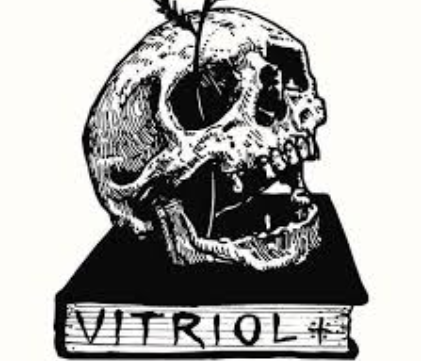 A federal election throws up the good, the bad and the ugly as individuals compete for the prizes they believe will compensate them for their efforts. Beyond the frantic circles ploughed by aspirant political candidates, however, are those who mercilessly watch and wait and pounce on that which does not please them.

The written word – reduced to its basest expression in a recent example of linguistic misfire – has the power to reveal, to shame and to kill. The absence of dignity and mercy in messaging encountered in this millennium of relativism is lamented by few, it seems.

Jane Caro’s self-confessed drunken tweet appeared during the evening of 18 May 2019, as the federal election results were published.

Well, Australia may be f..ked and the whole planet not far behind but I am at the best, most brilliant and cool wedding I have ever been too (sic). So I shall just dance & get pissed & stick two rude fingers up to the truculent turds who voted to turn backwards.

According to a caption beneath her picture in 2015 a Sydney Morning Herald autobiographical piece, ‘The irrepressible Jane Caro has built a career out of words.’ In 2018, a Melbourne University Press blurb for her book, Accidental Feminists, claimed ‘The common thread running through her career is a delight in words and a talent for using them to connect with other people.’

Perhaps the most disappointing aspect of this particular example of Caro’s writing is that she has been a dedicated advocate for public education for decades. During the Queen’s Birthday weekend, she was appointed a Member of the Order of Australia for ‘significant service to the broadcast media as a journalist, social commentator and author’. Given that Caro’s AM has been awarded in the name of Britain’s monarch, a lady whose commitment to the highest standards of education and language could never be in doubt, let’s consider a quotation from one of the greatest writers in the English language.

In pleading that Shylock spare Antonio’s life, Shakespeare’s Portia appealed to an aspect of humanity that is arguably both instinctive and universal.

The quality of mercy is not strain’d
It droppeth as the gentle rain from heaven
Upon the place beneath: it is twice blest;
It blesseth him that gives and him that takes …

Actions are the first tragedy in life, words are the second. Words are perhaps the worst. Words are merciless…

Both young women confront fundamental ethical and moral questions. Both agonise over the expectations and constraints of their femaleness. Ultimately, both are compelled to act and speak according to conscience. Portia is an incisive thinker who pretends to be a male lawyer in order to defend a friend in court.  Lady Windemere, married and a mother at 21, comes to reject the rigid social divisions of the day as she defends women whose conduct has been, to quote the Book of Daniel, ‘weighed in the balances and … found wanting’.

The Christian logic and the beauty of Portia’s words, juxtaposing the Divine power of forgiveness with earthly demands for justice, provide guidance in the pursuit of wisdom. But where are the contemporary examples for today’s young writers? The merciless language of the Caro tweet could not be more different from Matthew Arnold’s concepts of ‘the best which has been thought and said’.

Every time a public figure writes in this way, at least four things happen.

First of all, the English language is demeaned. By most agreed standards of public discourse — particularly in relation to the education of young citizens — such usage must fail to meet minimum benchmarks. It normalises coarse, lazy expression, betraying the richness of English and its exquisite capacity to inform, persuade and inspire. It is self-evident that the use of obscene and violent language will never equal intelligent, robust debate. Much has already been written about the language of politicians, analysts and others during the 2019 federal election, with observers identifying lapses in judgement, integrity and consistency. When these are unintentional, perhaps due to fatigue or illness or family circumstances, the quality of mercy often prevails. When, as in the case of the Caro tweet, the abuse is wilful and targeted, a backlash is to be expected.

Second, in classic totalitarian style, Caro’s writing presents one worldview as the only acceptable stance. Unable to respect that others are entitled to hold varying political and philosophical positions, the author reveals a narrowness and arrogance of thinking that is perhaps best countered by J S Mill’s assertion that ‘all silencing of discussion is an assumption of infallibility’.

A third issue arising from this example of linguistic intolerance is an apparent rejection of the fundamental principles on which democratic systems rest. No one is above the law or has any greater entitlement to the rights and responsibilities that accompany every Australian from birth to the grave. In the context of a political campaign, words arguably assume greater power than at any other time in the life of a nation founded on a belief in individual freedom, particularly at the ballot box. They are marshalled and massaged and delivered with the sole intention of convincing large numbers of adult citizens to make specific choices. Yet this is precisely when they matter most, as reminders and indicators of democratic ideals and processes as well as the Aussie reverence for a fair go.

Young Australians are learning about these fundamental principles. The national curriculum states that to develop ‘A deep understanding of Australia’s federal system of government and the liberal democratic values that underpin it is essential in enabling students to become active and informed citizens who participate in and sustain Australia’s democracy.’

A fourth – and possibly the most disappointing – consequence of language such as Caro’s is the impact on Australian society. When prominent people claim to speak for others (especially in relation to the education of children) they are morally and ethically obliged to meet community standards that ensure the credibility of their cause. Surely goodness and mercy motivate those who seek to improve the lives of others, and aren’t these among the attributes we try to encourage in this country?

We can learn from the actions of a  six-year old boy, Alex. Moved by the image of a dazed and bloodied five-year old Syrian boy, Omran, sitting in an ambulance, Alex wrote a heartfelt letter to President Barack Obama inviting Omran to live with him and his family.  Alex wrote:

We will give him a family and he will be our brother … my little sister will be collecting butterflies and fireflies for him … We can all play together … he will teach us another language. We can teach him English too, just like my friend … from Japan.

President Obama was so moved by Alex’s handwritten letter that he read it aloud to the United Nations summit on refugees in 2016. The humanity displayed by a young boy, unspoiled by cynicism, distrust or fear of others based on their country of origin, appearance or religious faith, is quite remarkable. More so is the boy’s understanding of compassion and kindness epitomised in language of mercy.

Education is, by definition, a cornerstone of Australian society that needs skilled, articulate and trusted advocates. Most important, young people must have access to examples of powerful and eloquent texts in order to contribute thoughtfully on worthwhile issues that affect them and their country.

We might ponder how young Australians read and respond to a text of the Caro kind, spiked with abusive language, broadcast into the public domain and aimed at Australians who hold different views and cast diverse voting choices. The incidence of an aggressive text raises questions about English usage in contemporary Australia, and the consequences of how young people engage in communication and debate, particularly as they encounter the free-wheeling and unrestrained world of social media.

Caro’s tweet offers a salutary lesson for all Australians, particularly with respect to prospective writers learning the conventions of written language in a technologically advanced society. Learners must be able to address, engage with, and inductively figure out conventions and rules for mastering language in various media.

Associated with this techno-linguistic phenomenon are the notions of community and culture which characterise the dynamics of users’ interactions online. Community, a group of individuals bound together by common interests, values and codes of behaviour, is significant in the creation of content that resonates with real-life worldwide audiences. Equally, literary etiquette, human feelings, important issues and contested historical approaches determine how users interact and build relationships; these will always influence approaches to writing.

Culture influences the ways in which a society values and creates different written texts. Complex, and often confusing, conventions of written language can only be learned from such texts. As Donald Graves, a prominent researcher in writing, foreshadowed in 1983, learners need to be able to cope with change and the nuances associated with change. It could be argued that Caro’s tweet epitomises the challenge for young writers as they are asked to create, critique, analyse and evaluate all manner of texts — particularly via social media — and, most importantly, recognise and address the ethical responsibilities demanded of them in increasingly complex environments.

Writing should be a satisfying and worthwhile endeavour, both in and out of school. Ultimately, we want young Australians to be confident and competent in their use of English and to see themselves as thoughtful, articulate contributors to life and work in the 21st century. They need the best lessons they can get.

11 thoughts on “Modelling the Language of Mercy”