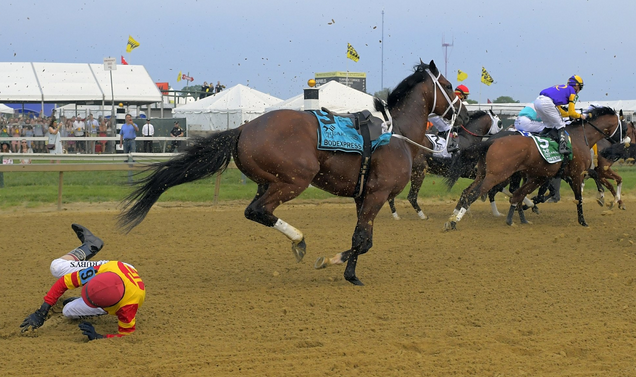 There were actually three losers at the recent national election. The biggest was, obviously, Billary Shorten.  The theories are already numerous and growing as to what happened to Labor and they need not be repeated here. John Howard’s “whiff” of 1993 proved to be the case, and just how badly the ALP did, with what seemed a winning base and cheer squad of pundits and professors, could be seen on the disappointed faces of the ABC television team. Greg Norman’s 1996 implosion at Augusta National has nothing on Labor.

The second loser, equally obvious and much sadder for conservatives, was the loss of Warringah.  I said to someone last week that this seat was the only one I really cared about.  But, on reflection, and with GetUp!’s other targets safely returned to Canberra along with a centre-right government, the loss of Warringah seems not so hurtful.  More than this, and barring some government appointment, Abbott, the doughty warrior from Forestville, will now be free to roam the political stage and use his peerless talents to further various causes close to all our hearts.

The third and less heralded loser from Saturday is Cory Bernardi, leader of the Australian Conservatives.  Following the non-gains in the NSW elections in either house, last weekend’s’s results – no senators elected at all – will likely bring the curtain down on a brief, fitful and ill-fated experiment in Australian conservative politics. This is despite having outstanding candidates, like Sophie York and Lyle Shelton, and good policies on all the issues important to the DisCon base.

Broadly, I believe there are two reasons why the Australian Conservatives failed to gain traction and votes in the Senate.  One, in the end the ACs did not have a real reason for being.  And two, the ACs failed to develop a coherent and compelling narrative, even a “label”, that aligned with a discreet block of voters.

The ACs began as a “movement” and initially there was no political party.  Cory Bernardi grasped the highly understandable disillusionment with the Liberal Party was based initially on the then Abbott-led government’s failure to rein in Section 18c of the Anti Discrimination Act and so buffer Australia’s wobbling commitment to freedom of speech. Indeed, the Liberals’ failure on this issue caused much of the angst among libertarians and conservatives that led to a falling out with Abbott. With certain libertarians, Abbott was a major disappointment, decidedly on the nose.

For Bernardi, though, things got much worse after the Turnbull coup.  Bernardi and Turnbull loathed one another. Turnbull was aided and abetted by the (now mercifully) departed Black Hander Christopher Pyne, a sworn and longstanding factional enemy of Bernardi’s in his home state of South Australia.

And so a movement was born.  In the era of Turnbull, embracer of climate change, same-sex marriage, Big Government and renewable energy, conservatives need somewhere to go, even if only to let off steam.  After Turnbull “won” the 2016 election and conservatives recoiled at the wet faction that now controlled the Liberals, Bernardi was moved to turn his movement into a party.  The ACs’ apotheosis occurred following the unsuccessful conservative bid to prevent same-sex marriage through the plebiscite campaign, and the subsequent galling scenes of the parliamentary rainbow brigade’s hubristic prancing on the very floor of the House of Representatives.  At this point, conservative spirits were especially low, as the people’s house was turned by the likes of Tim Wilson, Warren Entsch and Cathy McGowan into a sort of parliamentary version of Taylor Square.

But the unsuccessful bid to defeat the plebiscite’s Yes vote did provide a database of conservative warriors and fired up supporters looking for an outlet.  It came with the Bennelong byelection after former journeyman tennis player and local member John Alexander was found to have breached the Constitution on citizenship matters.  Bennelong, along with New England where the now much compromised Barnaby Joyce was facing a similar crisis, provided a testing ground for the ACs to assess their appeal to voters and, as then seemed likely, longer term success in the Senate as a counterweight to the social liberalism of the government.

The result in Bennelong – between five and  six per cent of the primary vote – was disappointing, to say the least.  But it provided the ACs with something of a base on which to build for creating opportunities in Senate and half Senate elections.  Following successful negotiations with Family First and the awful disappointment of Bob Day’s fall from political grace, it seemed likely the ACs could build a new home for the broad group of DisCons not prepared simply to wait out Turnbull’s hopefully short reign.  Then new recruit Rachel Carling-Jenkins in Victorian walked and the whole movement stalled.  Last Saturday’s non-outcome was the final point after such a promising start.

My first point relates to reason for being.  Two things happened: once Turnbull was thrown out and Scott Morrison installed, much of the of the DisCons’ sheer anger dissipated.

The second development was that Labor decided to go big on leftist agenda items – really big.  This, in effect, re-widened the gap between the ideologies of the major parties following Turnbull’s narrowing of it.

A slim gap between the majors means DisCons need a new home.  The gap re-widens and they don’t.  It is that simple.

Morrison didn’t need in the end to throw red meat to the base by muscling up to Labor on climate change, renewables and the like.  Shorten did all the work for him, alienating so many voters that the DisCons became numerically inconsequential and, in a way redolent with irony, confirming Mark Textor’s theory that Coalition voters “had nowhere else to go”.  Shorten simply did Morrison’s heavy lifting.

With a rabidly leftist Labor agenda and Morrison seen as a safe (if not especially conservative) pair of hands, and proving a very, very skilled election campaigner to boot, the prospects of the ACs waned dramatically.

As well as the two political developments outlined, there is a third aspect to the reason-for-being argument:  Australia’s compulsory preferential voting makes things decidedly awkward for minor parties, including (perhaps especially) for those that are right-of-centre.  Eventually, discontented voters wishing to cast a valid vote have to decide whether to place Labor ahead of the Coalition, or vice versa.  There is no way around that. Bernardi’s Party was thus faced with a dilemma: are we merely a vehicle for voters cranky with the Liberals to express that anger and then, having made their point, return their preferences to the Coalition?  An observer might reasonably ask of such a minor party, ‘What is the point of you?’

Contrast the AC’s lack of progress with the astonishing developments in Britain, where the Brexit Party of Nigel Farage now appears a major force, at least according to the polls. Or  consider the other rightist parties making ground in countries as disparate as Argentina, Hungary, France, Brazil and Austria.  (Incidentally, Morrison’s against-the-odds victory has been bracketed with Trump and Brexit, but this is only true up to a point.  Yes, the three results were against the odds.  But only two of them were truly the result of right wing push back;  Morrison’s triumph was rooted in exposing Labor’s planned follies, not pushing back against the zeitgeist.

This brings me to the second broad reason for Bernardi’s failure – the absence of a compelling label and narrative.  The Brexit Party has a straightforward, ultimate and easily identifiable focus and goal — get out of Europe — as well as a ready constituency.  The ACs have had neither.  If you are a political party not appealing to a particular demographic (like the Shooters or, indeed, the Nationals) but rather to principles or values, then you had better have a clear and readily understood narrative to accompany your statement of principles. Given the hatred by so many of political correctness and the modern Left’s cultural fascism, there was no shortage of opportunity to build such a narrative. In the case of Bernardi, the principles were brilliant. But the compelling narrative just never arrived.

The ACs’ appeal to “bring back common sense” lacked immediate cut-through, failing to trigger in potential Bernardi voters the kind of head-nodding ‘he says what I am thinking’ reaction that Pauline Hanson has tapped.  Not even the now globally infamous Israel Folau case, which could have provided a brilliant backdrop and potential narrative for a party like the ACs, did the trick.

So, yes, there were three losers last Saturday, not just Shorten and Abbott.

Actually, there may ultimately be four losers.  For the moment, the DisCons feel safe, if not excited. But whether ScoMo restores Australia as a haven for sanity, religious freedom, freedom of speech, traditional industries powered by fossil fuels, smaller government and the values that DisCons hold dear, remains to be seen.  We still do not know if the NSW Liberal Party especially, the ones who ditched former Senator Jim Molan for a couple of factional hacks, will make a home again for conservatives.  After all, we know that politics is, indeed, downstream from culture, and Liberal-led governments in Australia generally provide little reassurance that they even comprehend this.  We shall see if, in three years, the DisCons still feel safe.

The decline, or more accurately, the non-growth of the ACs into a political force since Cory Bernardi’s initial move in 2016 gives me no great pleasure. I stood for them at the recent NSW state election in the knife edge seat of Lismore!

The Obligation to Hammer Hillary