The Hypocrisies of Professional ‘Leaders’ 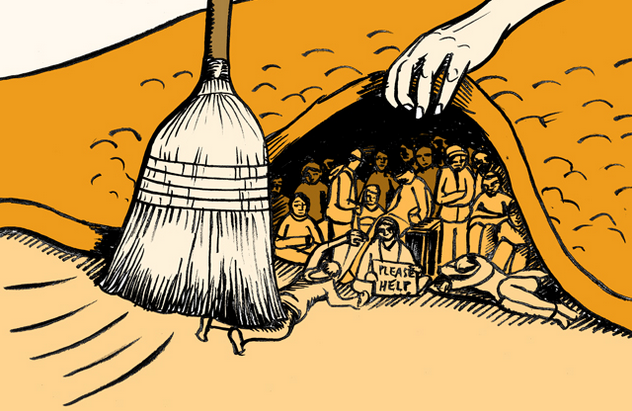 Aren’t we overdue to acknowledge that constantly repeated patterns of history show leaders are among the most damaging factors with which people of any country must contend? It is not as if we are unaware of the damage done by the ambitious, including, uncomfortably close to our time, the Hitlers, Stalins, Pol Pots, Maos and Osamas. What about Islamic countries whose fundamentalist leaders ensure men have life-and-death control of their wives, sisters or daughters? What about the Iranian prisoners sentenced to death for crimes committed when they were minors – and where, only recently, a barbaric sentence of 33 years and 148 lashes was handed down to prominent human rights lawyer Nasrin Sotoudeh. Her crime: defending girls protesting Iran’s law forcing head coverings on women?

What are we to make of the fact that our Prime Minister, Jacinda Ardern, wore such a head covering when greeting Prince William at the Al Noor mosque in Christchurch? Ms Ardern has explicitly and repeatedly supported the Muslim community, yet she apparently has difficulty using the word Christian — notably absent when she condemned the Easter slaughter in Sri Lanka, confining herself instead to referencing an attack upon “Sri Lanka churches and hotels while people were in them”. Churches and hotels?  It was an extraordinary avoidance of the word Christian – given the clear intent of ISIS terrorists – and given Ardern’s specific references to the Christchurch Muslim community. It was as notable as the avoidance tactics of Hillary Clinton, Barack Obama and other prominent politicians invoking “Easter worshippers” – in contrast to Hillary Clinton’s claimed heartbreak, after Christchurch, for the “global Muslim community” – and Barack Obama’s specific Muslim reference.”

Western democracies tiptoe around condemning Islamic terrorism (or favour focusing on “white supremacists” ) – while seeing, on the grounds of condemning “hate speech”, politically useful opportunities to restrict the  freedom of speech essential to any free country. However, when it comes to the appalling treatment of those such as the brave Nasrin Sotoudeh, sentenced in Iran to imprisonment and the lash, they maintain a shameful silence. Where is the condemnation of all the targeted bullying of fellow men and women worldwide – including today’s increasingly brutal behaviour by Communist China’s hierarchy, with its repressive measures now reportedly at the worst levels since Tianamen Square? Where is the disgust at the monitoring of individuals’ day-to-day behaviour (with ubiquitous social media surveillance and face-recognition technology) and the ominous ending of presidential term limits by Xi Jinping? While there was widespread sympathy for Christchurch’s Muslims, how is that the persecution of more than a million Uighur Muslims in China’s northwest Xinjian region goes almost entirely unremarked?

None of this prevented Ms Ardern, who has lectured Australia about its confinement of boat people and whose rule has been characterised by emotive calls for kindness and well-being, from making a recent whirlwind trip to China to celebrate New Zealand’s “special relationship” with the Middle Kingdom. We are assured on such occasions that issues of human rights are always mentioned, supposedly behind the scenes. If these diplomatic rebukes are indeed delivered we can only assume Beijing’s rulers regard them as Western leaders’ lip service — pious platitudes to be ignored as easily as they are uttered.

Worldwide, recognition is bedding in that international relationships are conducted as an amoral and cynical game. However President Xi’s call for a “comprehensive strategic partnership” with New Zealand over-reaches in assuming this wish is mutual. Concerned Kiwis have been well ahead of our political parties in pointing out the undesirability of selling the best farmland, scenic and strategic assets to Chinese companies fronting for Communist interests. An almost incredible proposal by a former National Party minister that New Zealand should commit to a strategic defence alliance with China can only be viewed as, at best, extraordinarily naïve or treasonous at worst. Moreover, there is the shunning of Dr Anne-Marie Brady, a highly respected authority on Communist China and its aim to establish worldwide domination, who was initially and quite deliberately excluded from the Justice Select Committee set up by Ardern’s Labour Party to investigate foreign-money interference in our the most recent elections. Miss Ardern shows a strange indifference to acknowledge Dr Brady’s findings.

The hypocrisies and windvane ethics of those who have climbed ambition’s ladder to the very top may well be swinging public opinion in the West against the very concept of leadership, at least as traditionally understood. Angela Merkel in Germany, while hailed by the Left-liberal media’s choir for admitting more than a million migrants, is on the nose with her own citizens. In England, Theresa May’s pretense of implementing the Brexit vote she opposed while making sure the process goes nowhere has reduced her popularity to such an extent that she is clinging to power and her Tories are facing electoral oblivion. It should come as no surprise that France’s narcissistic President Emmanuel Macron, unable to grasp why he has become so despised in his own country, is now being joined by Ms Ardeen as co-chair of a meeting in Paris on May 15 that aims to control violent extremism and terrorism on social media platforms.

Is it time, I wonder, to require leaders to hold office for a year only, after which he or she must stand down while another cabinet member steps up?  Switzerland has long opted for just such a system. Perhaps we should give it a shot.