George Pell and the Ladies of the Left 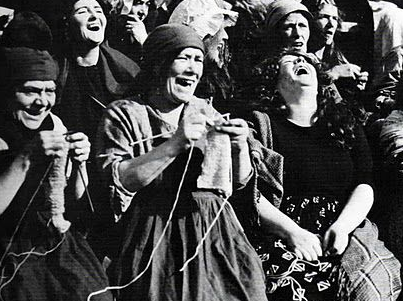 The next time you hear some strident feminist sounding off about glass ceilings and the supposed exclusion of women from decision-making, think of the case of George Pell. No connection? Oh yes there is. Gender quotas were not only filled but arguably exceeded by the volume of female participation in the long and sorry saga of Pell’s persecution.

All that blather you still hear on places like Radio National about men being in charge of everything and women chained to the sink is no longer true, if ever it was. Very powerful, high-achieving women had a big say in cooking up the case against Pell and in putting him away. Their involvement shows that the notion of male domination in the professions is a straw – I suppose we should say – person, set up by feminists to foster the myth that women are “oppressed” (by white conservatives males like Pell, presumably; as paid-up members of the Left, feminists would naturally believe that).

Let’s see, who shall we start with? Well, Louise Milligan of the ABC hurled herself into the fray very early on. As a reporter, she has more opportunity than most people to air her views, courtesy of your tax dollars. But not content with that, she wrote a book as well (on the taxpayer’s time?) telling the world how guilty Pell was, or more accurately, how guilty she had decided he was, since her literary effort appeared some time before any accusations against Pell had been made in court. 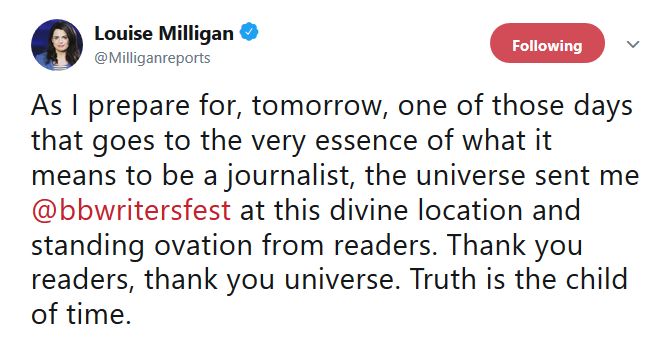 Then there was the woman who published the book, Louise Adler. She used the once respected imprint of Melbourne University Press to disseminate Louise’s anthology of vicious tittle-tattle, which conceivably did its bit to prejudice the minds of any potential jurors who read it. It might be noted that Adler’s other name is Mrs Max Gillies. She is married to the comedian emeritus of the elderly Dismissal-fixated Left, once a virtual fixture on the ABC – where else? – for his unflattering impersonations of Sir John Kerr and John Howard, two of the most noir of the elderly Left’s bêtes noires. Perhaps he has added George Pell to his repertoire, using Louise’s book as a source, if Mrs Gillies brought him home a copy.

Next in line chronologically is Belinda Wallington. She is the magistrate (indeed, the Supervising Magistrate for Sexual Offences at the Magistrates Court of Victoria) who sorted out the original charges against Pell, chucking out the flimsiest and sending him for trial on the others, which it now turns out were not much less flimsy. There is a photograph (below) of Belinda and Louise together in May 2017, when they took part in a cosy ABC natter-in called The Conversation Hour, with the topic “George Pell allegations and Law Week”. There is, of course, no known photograph of the Wallington with Pell. 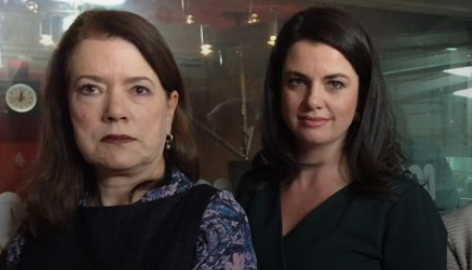 As we know, the first trial was a washout and a second trial was held, which led to Pell’s conviction. This gave another of our ABC ladies, Leigh Sales, a thrill of joy. Introducing her programme she announced in ringing tones, categorically and as though she was the bearer of great good news (which indeed it was to people like her), “George Pell is a convicted paedophile.” Leigh was clearly untroubled by any of the doubts as to the justice of the conviction, doubts that more than a year later would lead the High Court to overturn it.

Our fifth influential female is Chief Justice of Victoria Anne Ferguson. She it was who presided over the Appeal Court that turned down Pell’s appeal against his conviction, an action for which the Victorian court was reproached by the High Court in no uncertain terms. Ferguson and a male judge were two-to-one in this against a third judge (male) whose dissenting judgment anticipated much that the High Court had to say.

Ferguson was appointed to her post as Chief Justice of Victoria by the Labor government of Daniel Andrews, which seems to have decided that substantial experience of the criminal law was not necessary for the post and that a former commercial solicitor would do as well. Andrews, one imagines, is not been best pleased by Pell’s acquittal, given that he thought it was “shameful” for Tony Abbott even to visit Pell in prison. Has he never read Matthew 25:36?

Andrews issued a statement after the acquittal that pointedly ignored the judgment and assured all “victims” of child abuse, and by implication Pell’s accuser, that he “believed” them. Apart from the fact that you can’t believe Pell, as the High Court does, and believe his accuser at the same time, Andrews hasn’t heard, and probably never will, what most of those other “survivors” have to say, so how can he “believe” it?

It is this perverse willingness to accept any and every abuse allegation made by anyone, anywhere, whether motivated by truth, vindictiveness or vengeance, that has led not only to the legal shambles deplored by the High Court, but to the growth, aided and abetted by sinister lawyers posing as compassionate champions of the “hurt” and the “damaged”, of a bloated child-abuse industry which has yielded a harvest of destroyed careers among the wrongfully accused to set against the numbers of genuinely abused for whom it has obtained justice and compensation.

Although supposedly a Roman Catholic, Andrews comes across as viscerally anti-Pell – the two positions seem not to be irreconcilable, such is the power of Pell’s conservatism, religious and secular, to excite hysteria and loathing in the ranks of the Left. Only Tony Abbott seems to possess this weird, almost shamanic, capacity to the same degree.

Back to our catalogue of inquisitorial females, so let’s not overlook eminent jurist Kerri Judd, Victoria’s Director of Public Prosecutions and another Andrews appointment. Kerri was resolutely opposed to Pell’s appeal being upheld by the High Court and informed the bench that the best thing to do was to send him back to Victoria for another of those trials they do so well there. The court declined to accept this sage advice, which it described as “specious”.

Our national broadcaster seemed to delude itself that it constituted an alternative branch of the law vis-à-vis Pell, one that could influence the mind of the High Court through one of its mendacious “investigations” of the sort it made a fool of itself with when it tried to convict President Trump of colluding with Russia. The reporter behind that, Sarah Ferguson (“I’ve spent my professional life understanding power and trying to give succour to the weak when abused by power,” as she sanctimoniously informed an ABC in-house puff) presented three programs on child abuse by Catholic clergy, full of recycled “revelations”. It is perfectly possible that the ABC calculated that this would persuade the court to weigh very carefully the consequences in adverse public opinion, whipped up partly by itself, of any decision to acquit Pell. If so, it would only show how hubristic the ABC is. Certainly, Sarah’s programs were timed to coincide with the High Court’s deliberations, and either rain on the parade if Pell were cleared or give one last slam to the prison door if he were not.

The ABC is always crying poor but spent vast sums sending Sarah around the world to put her nasty snipes together, a vindictive squandering of taxpayers’ money that makes reform of the ABC even more urgent.

I haven’t touched on the female lawyers and “victims’ advocates” who gathered around the scaffold in the hope of seeing Pell’s head roll. Consider instead some of the many women who took his part – three female justices among the unanimous seven-to-zero of the High Court bench, the nuns who gave him hospitality on his first night of freedom, the female journalists such as Rita Panahi, Janet Albrechtsen and Miranda Devine who stood up for him and maintained his innocence when the pack was baying for his blood. It’s non-feminists who’ll be proud of them.

Christopher Akehurst is a journalist who was worked in London and Italy. His chief interests are Italian language and Australian church architecture, for the latter of which he has a website at heretoday.blog

35 thoughts on “George Pell and the Ladies of the Left”