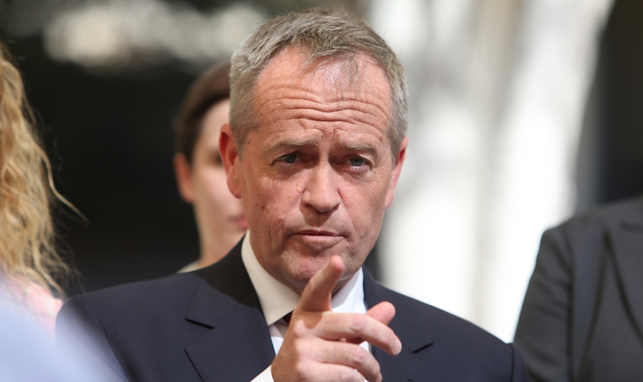 What follows is based on twin but uncertain presumptions: that the Labor Party wins Saturday’s election and columns like this one will be allowed to remain accessible on the internet under the rule of Prime Minister Bill Shorten and those who tell him what to do.

What will life be like? According to Bill, there will be rapid improvements and initiatives within the first hundred days of his ascendancy. A plebiscite for the Republic will be one, with free counselling for die-hard monarchists, since Bill himself warned us during the gay marriage debate that putting things to a vote incites widespread thoughts of suicide and self-harm. Bill knows for a fact such is the consequence of hearing opinions with which you disagree, hence a fresh media inquiry to crimp the pernicious activities of Murdoch666 and his evil ink-stained imps. Who needs independent media when the ABC stands ready to serve the public’s right to know, at least to the extent that the public needs to know.

Very soon, the low-paid (and any cancer specialists) among us will rejoice as their incomes surge, at least on the weekends. Then penalty rates will return to former highs, only seen before the umpire that Bill trusted — Fair Work Australia — made a decision (which Bill supported beforehand) to reduce them (which Bill didn’t support afterwards). And Bill can be counted on to be as good as his word. Just ask Kevin and Julia, who will tell you he is that sterling sort of inherently reliable person who, to use Obama’s epic terminology, always has your back (and probably a sharp, short-handled, cutting implement too).

True, there will be inevitable losers, but only in the short term and not in the cities, where voteherds of newly imported and newly franchised Labor voters will be very happy, as will their soon-to-be-imported elderly parents. Australia’s coal miners need not worry in those Centrelink queues for re-training programmes, as solar panel wipers, wind turbine re-starters and mangled bird collectors, fire-resistant tree planters, and especially – oh, yes! — as childcare “educators”. Sadly, anyone who works in aged care, retail, hairdressing, call centres, parking stations or ride-share services will have to wait (but probably not too long — so take heart, you horny-handed sons and daughters of toil: you, too, will be favoured the moment you sign up to pay union dues). In the meantime, if you end up on Newstart, benefits will be hiked above the current levels Tanya Plibersek says are inadequate.

No work? Why not enrol at university. There will 200,000 extra places on offer, which will mean even those with ATAR scores straying into negative numbers will have places waiting. Learning a foreign language would be a handy skill in Bill’s emerging Australia, so don’t restrict yourself to climate studies with minors in identifying unconscious bias in unreformed conservatives, white male privilege and eco-feminism.

Back home, on behalf of Granny (a little confused nowadays), you may have already sold the Australian blue chips that once provided her with annual dividends and handy franking credits. Even if death duties come — as Bill swears will never, ever happen no matter how much he needs the support of The Greens, who say they damn well will happen and soon — there will be “appropriate” exceptions. Expect properties to be passed on tax-free from same-sex spouse to younger same-sex spouse, and so on. It’s only fair! Traditional couples have transferred generational wealth for eons, so a bit of social engineering to foster justice for the historically oppressed will not be out of line.

As for new residential purchases, social justice will be served by rent-controlled “community” housing in Toorak, Double Bay, Windsor and Peppermint Grove! Those electorates have been solidly conservative and could use the cultural diversity of fresh neighbours who know how to find the nearest Centrelink.

But I digress. The real excitement will focus on loans and subsidies to put Australians behind the wheels of all those fast-depreciating electric cars Bill says are the future, just like pink batts and school halls were the future ten years ago.

Bill will also make sure annual holidays don’t involve the sort of painful deliberations that currently consume couples mulling getaways to, say, the water-cooled Great Barrier Reef, which will be placed off limits to all but climate scientists and their families (for the good of the planet, of course). Likewise Bali, Waikiki, Aspen, St Moritz or New York because we won’t be flying anymore. The Greens don’t like aeroplanes (except the ones they happen to be riding at taxpayer expense at any given moment. Someone and their little green kiddies has to watch those whales!)

For the first time in history, sixteen-year-olds will get to vote, just as the Greens wish. Look at those legions of schoolkids marching for climate justice and you understand immediately why the voting age simply has to come down. After all, what’s the point of inculcating entire generations with enviro-paranoia if all they do is block traffic for an afternoon. Fifty per cent of all women will be CEOs (and fifty per cent homeless, just to be even-handed).

And because Shorten has learnt what works, there won’t be open borders to encourage people to get on leaky boats in Indonesia. They will get here by high-speed rail.

Church and State, Mosque and Peril