Faith, the Phoenix in the Ashes of Impermanence 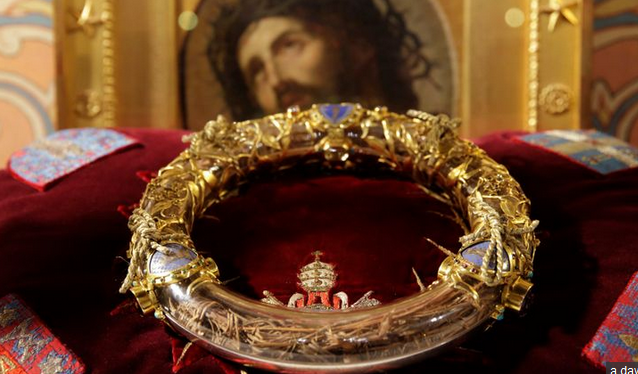 It was on the twenty-eighth day of the fourth month of the third year of the Angen era — May 27, 1177 according to the Julian calendar — that a fire of unprecedented scale tore through the city of Kyoto, then known as Heian-kyō, the “Capital of Tranquility and Peace.” The nobleman Kujō Kanezane, in his diary Gyokuyo, recorded the devastation caused by the tsujikaze, or fire whirls, that whipped through the city like akuma, those malevolent fire spirits of Japanese folklore. Soon the Kan-In Palace was threatened by the inferno, prompting the Emperor to beat a hasty retreat atop his palanquin. “The sudden departure of the Emperor amid the throes of agitated people must have been caused by a devil,” Kanezane posited, adding that “in these days, fires, robberies, and revolts frequently occur, and the lives of people of all classes including priests and the secular are thrown into disturbance.” The only conclusion to be drawn was that “these are really symptoms of the degenerate age, unchangeable by human ability.”

The Buddhist priest and poet Kamo no Chōmei, walking through the streets of Kyoto in the aftermath of the conflagration, noticed amidst the embers some “kindling painted red,” and then caught “glimpses of gold leaf.” It was clear that “someone had been reduced to breaking into temples and stealing images of Buddha, tearing out the fittings of the halls and chopping them to bits,” and naturally he recoiled in horror:

Sinful times!
That I should witness
such a dreadful thing.

Many more catastrophes would befall the Capital of Tranquility and Peace in Chōmei’s lifetime, as earthquakes, famine, plague, and social unrest followed in due course. “So many other sights to break the heart” presented themselves: babies sucking at the breast of deceased mothers, monks overwhelmed with requests for last rites, forty thousands corpses sown broadcast and nowhere to bury them. But the apocalyptic destruction wrought by the Angen Fire was never far from Chōmei’s thoughts, and no more so than when he retreated to his hōjōki, a ten foot square hut perched on Mt. Hino, the ideal place in which to muse upon the Buddhist concept of mūjo, or impermanence. There he wrote of a “torn world,” an “unkind world,” where

A house and its master
are like the dew that gathers
on the morning glory.

Which will be the first to pass?

Sometimes the dew falls away
while the flowers stay.

But they will surely
wilt in the morning sun.

Sometimes the flower shrivels
while the dew holds on.

But it will not
outlive the day.

In a cityscape comprised of hewn timber structures heated by open braziers, incidents like the Great Fire of Angen were more or less inevitable, and large-scale fires would break out periodically, with the worst in 1207, 1208, 1361, 1620, 1673 and 1675. It took some six centuries after the fire witnessed by Kanezane and Chōmei for the great shōgun Tokugawa Yoshimune, “in his ineffable clemency,” to require that “every house must possess a fire proof store so that when conflagration hit, as it regularly did, artefacts and records could be saved, allowing the traditions to survive.” Even so, the great Kyoto fire of 1760 would equal or even surpass that of 1177, and as the scholar Sugita Genpaku observed, “in this disaster were people’s treasured possessions not spared, such that our ancient documents, down to the last remaining scrap, were swept away.”

One is inevitably reminded here of the fire that ripped through Rio de Janeiro’s Museu Nacional on the night of September 2, 2018, when most of the institution’s holdings, which once amounted to some 20 million items, were lost in an instant. It was akin, in the words of Marina Silva, to “a lobotomy of the Brazilian memory,” one made all the worse by the fact that the losses in the anthropological collections included artifacts and recordings that had theretofore constituted the sole remnants of peoples now vanished from the face of the planet. For Bernard Mello Franco, writing the day after the tragedy, it was “a sort of national suicide,” and “a crime against our past and future generations.” One is likewise reminded of the fire that tore just as quickly through the Cathédrale Notre-Dame de Paris on the evening of April 15, 2019, causing the collapse of Viollet-le-Duc’s spire and the oaken roof. Both incidents were brought about by human negligence, yet they remain powerful reminders of the fragility of earthly structure and earthly institutions, a state of affairs definitely “unchangeable by human ability,” as Kujō Kanezane put it around the time that Notre Dame was under construction a world away.

Humanity has become rather well acquainted with the danger conflagrations present to cultural heritage. Often we are the ones doing the burning, as in Savanarola’s Bonfire of the Vanities, the Hitlerian Säuberung of “un-German” books, the Baedeker Blitz, the German flamethrowers in the Krasiński Library, the fire-bombings of Dresden and Tokyo, the Soviet burning of Jewish and Buddhist libraries in Birobidzhan in the Trans-Baikal, the schools and women’s shelters set alight by Boko Haram — the list goes on and the mind reels. “Whole ages perish there,” as Alexander Pope famously wrote, “and one bright blaze turns learning into air.” But at least in these scenarios there are perpetrators to blame, punish, or even send to the gallows (assuming they were on the losing side, of course). When the destruction stems from a natural hazard outside of human control, it only serves to underscore the ephemeralness of our leasehold in the transient bazaar of life.

Such events have the potential to bring out the best in human nature, viz. Jean-Marc Fournier, the chaplain of the Paris Fire Brigade, who rushed into the blazing cathedral in a successful bid to rescue the the Blessed Sacrament and the Crown of Thorns, risking life and limb to preserve the most sacred of Christian relics. Such events may likewise bring out the very worst in humanity, and not just in the form of the looters who so distressed the priest Chōmei. When on July 24, 1660, a terrible fire wiped out huge swathes of Istanbul, killing some 40,000 people, contemporary Ottoman writers unforgivably exulted that “when there was a great incineration in Islambol the filthy homes of Jews residing within Jews’ Gate were destroyed and burned in the flames,” and that

By the decree of God the exalted, the fire of divine wrath turned all the neighborhoods of the Jews upside down. The effect of the flames of the wrath of God made the homes and abodes belonging to that straying community resemble ashes. Every one of the Jewish households was turned into a fire temple full of sparks. Since the residences and dwellings of Jews, who are the enemy of Islam, resembled the deepest part of Hell, the secret of the verse which is incontrovertible, “those that do evil shall be cast into the fire,” became clear, and in order to promise and threaten those who deny Islam with frightening things, the verse, “woe to the unbelievers because of a violent punishment,” also became manifest.

It was this sort of bigotry that paved the way for the Islamization of the Eminönü and Galata districts, and the end of a more tolerant Ottoman modus vivendi, the consequences of which would be felt for years and indeed centuries to come.

Such events may also simply prove bewildering, as was the case when Théophile Gautier, visiting Istanbul in 1852, witnessed another conflagration, a “spectacle of disastrous magnificence,” leaving him feeling like “Nero enjoying the sight of burning Rome,” while “not the less deploring so grave a calamity.” When Orhan Pamuk recalled watching Ottoman-era buildings burning down in the 1950s and 1960s, he experienced a complex mix of “guilt, loss, and jealousy felt at the sudden destruction of the last traces of a great culture and a great civilization that we were unfit or unprepared to inherit, in our frenzy to turn Istanbul into a pale, poor, second-class imitation of a Western city.” Watching an irreplaceable structure be transmuted into a pile of cinders, just as hardwood is reduced to potash or a frail body to a modest clump of ash, inevitably leaves us feeling unmoored at best and desperately vulnerable at worst.

It is possible, however, for a culture to pass through the fire, much as Shadrach, Meshach, and Abednego were able to walk in and come forth from the midst of the flames in the Book of Daniel’s account of Nebuchadnezzar’s furnace. The great Rebbe Nachman of Breslov, in his stirring tale The King Who Decreed Conversion, wrote of a dictator who demanded either the exile or conversion of the Jews in his territory. A destructive angel thereupon appeared, together  with an inferno that “could burn at a distance of four miles from that fire.” The king saw that the Jews, “wrapped in tallith and tefilin, were walking through the fire,” but quickly found himself and his seed destroyed by those same flames. Consider the Assyrian Christians of Qaraqosh, in Iraq, driven in 2014 from their homes by the fanatical forces of the Islamic State. In 2016, the first post-ISIL Mass was celebrated by a handful of parishioners in the still-charred Church of the Immaculate Conception, but by Palm Sunday of 2019 the building was positively overflowing with adherents. Perhaps it cannot be said of those Christians, as it was said of Shadrach, Meshach, and Abednego, that upon their bodies “the fire had no power, nor was an hair of their head singed, neither were their coats changed, nor the smell of fire had passed on them.” Recent years have certainly taken a terrible human and cultural toll. Yet they, alongside so many others, represent proof that it is possible to pass through the fire, if not wholly unscathed, still unbroken and unbowed.

The phrase auto-da-fé has for too long been owned by those fanatics who erected pyres at the quemadero, the “burning place,” and reveled at the sight of people turned into smoke. The true auto-da-fé, the true “act of faith,” involves the ability of a person, a people or a culture to pass through the fire — be it a natural or a man-made disaster — and emerge all the stronger and wiser. Rebbe Nachman’s fabled Jews did so, with their shawls and their phylacteries. So too did the survivors of the Holocaust (“the thing wholly burnt”), who for the sake of posterity organized burial societies to handle, as Simkhe Minstberg put it, the “holy task of gathering the bones of the martyrs and setting them in the common grave.” And so too did Rev. Jean-Marc Fournier, as he raced through the burning Notre Dame clutching the Crown of Thorns. Amidst the enormities perpetrated by the various génocidaires and iconoclasts of our own age and of ages past — in addition to the unavoidable Acts of God and the overall mūjo, the impermanence, of earthly existence — those are the sorts of images that ought to gain a lasting purchase on the collective consciousness of even the most degenerate age.

A New World If We Want It