Quisling Conservatives and the Implacable Left 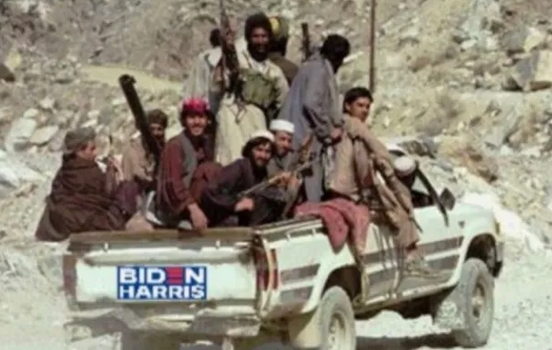 Well, you don’t say, Lionel Shriver. “I backed Joe Biden. He has been a terrible disappointment.” Presumably his responsibility for the death of American troops in Kabul pushed her over the edge. Pathetic.

I spotted her feckless conservatism when she appeared on Q&A in 2019 and tried terribly hard to be considered reasonable by her fellow panellists and the green-left audience. You know the kind of thing — ‘We conservatives aren’t so bad once you get to know us’. Appeasing the crocodile came to mind. An impression born out when I listened to her at the Bonython lecture the next evening where she extolled the need for civility in political debate.

Let’s be clear. Civility is wasted on those who don’t know the meaning of the word. It’s bringing a knife to a gun fight.

Shriver like Jordan Peterson burnished their so-called conservative credentials by virtue of harpies. You’ll recall Yassmin Abdel-Magied walking out of the Brisbane writers’ festival in afront at Shriver’s views on cultural appropriation. And Peterson being interrogated on the UK’s Channel 4 by Cathy Newman. Peterson later distinguished himself by suggesting that Brett Kavanagh should first win his confirmation to the Supreme Court but then immediately resign to clear his name. A wishy-washy wally, doesn’t quite do it.

Don’t be fooled by putative conservatives. Mark Levin and Candace Owens these two ain’t. In the same vein, name a so-called conservative here that didn’t snipe and snipe at Trump. OK, good old Alan Jones. As usual he stands so far above the rest.

I am not talking about those on the postmodern Left. Nothing can be expected of them but wall to wall dross. I am talking about commentators at various distances rightwards from the centre. They couldn’t help themselves. His policies were good but he was such a “braggard,” “liar,” “buffoon,” etc., etc. Relentlessly, on it went. And it added up.

Sure, players in Australia played only a small part, as did those in the UK and Europe, in tearing the man down. The main game was played out in America. Nevertheless, every bit contributed. Are we about to hear abject mea culpas from those who played their part in giving America a president so mentally unfit for office it defies belief? Don’t hold your breath. Almost all, if not all, of the snipers are know-it-alls.

I didn’t find Trump’s demeanour the least offensive. Was he different? Of course, he was. Without his gigantic personality, reflected in his self-belief, called narcissism by some, how could he ever have survived being dumped upon each minute of every day.

How could he have ever moved the US Embassy in Israel to Jerusalem and forged pacts between Israel and numbers of its neighbouring Arab countries? How could he have let loose oil and gas exploration in this time of morbid climate hysteria? Slashed job-killing taxes and regulations. Started building that wall without congressional support? No other Republic president could have done those things. Think of Bush senior and junior.

Those who position themselves right of centre need to take a grip. They’ve already played their part in ridding us of a unique and powerful champion and given us a drooling fool as a replacement. A first step towards redemption is to admit culpability. Join a self-help group for quisling conservatives.

Shriver and anybody else of sound mind (i.e., not of the left) who voted for, or overtly supported, Biden or implicitly supported him by carping about Trump’s demeanour, is complicit in what’s happening at the Southern Border of the United States and in Afghanistan. Relevantly, I have just glanced at an opening Greg Sheridan comment in this morning’s paper: “This is the world that Joe Biden has wrought- the return of mass-casualty terrorism, multiple deaths of US soldiers in terror attacks.” Precisely. Not the world Trump (however rude the refined thought him) would have brought.

Of course, without COVID and its aftermath, Trump would have won the election in spite of the baying media mob. With COVID, and the likely election shenanigans it allowed, the mob tipped the balance; got their way. How exactly is that turning out?

31 thoughts on “Quisling Conservatives and the Implacable Left”

The Inglorious Tenure of a Vice-regal Couple