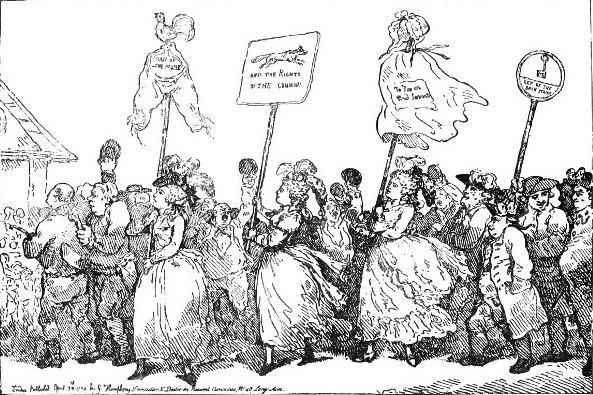 I CAN’T let this pass.  I tried to let it go and say nothing.  But I couldn’t do it.  There I was, you see, sitting at a desk in London and reading pieces about the Liberal preselection outcome in the seat of departing former cabinet minister Kelly O’Dwyer – she of the economically stupid school of policy-making (a broad church) which thought it a good idea to attack the superannuation plans and future balances of the Liberal Party’s core supporters and whose departure I count as being an unsullied positive for Prime Minister Morrison.

Where was I?  Oh yes, those commentators opining about O’Dwyer’s successor.  First off, there’s the now seemingly obligatory discussion about which sort of reproductive organs the various finalists happen to have.  I’ll be frank: merit and merit alone should be the only factor and having Liberal supporters play this Green/Labor Party identity politics game is a serious error.  If every Liberal candidate going for preselection were like Margaret Thatcher then I’d like the whole party room to be women.  If they are like most of the present crop of left-leaning, wannabe Labor-lite ladies then I’d be happy not to have a single one – though Amanda Stoker clearly does not fall into that category. By God, do the Libs need more women like her.

Anyway, after the customary genuflecting before the gods of ‘gender’ political realities, you’re then be taken through the competing credentials of the two highest-finishing women – the winner, Dr. Katie Allen (described by some as the ‘highly fancied’ candidate, but I think the ambiguity was unintended) and the loser Ms. Zoe McKenzie.

And here is what riles me no end.   Ms. McKenzie is described as having been ‘a consultant, former top adviser to Brendan Nelson in the Howard years, policy director for Victorian premier Ted Baillieu, chief of staff to trade minister Andrew Robb, and an NBN independent director’.

Did you spot the problem?

Here it is.  As a supposedly Liberal premier Ted Baillieu was a disgrace.  (I give my own views you understand; it is possible Christopher Pyne and the Black Hand Brigade may see things slightly differently.)  Had I been a resident of Victoria I would never have voted for the Libs.  Ted Baillieu ran an insipid, uber Labor-lite government.  Worse, he had a perfect opportunity to wind back Victoria’s egregious statutory Charter of Rights.  Every single one of the Liberals on the parliamentary committee looking at it recommended that the government do just that. And yet Red Ted opted to side with Labor and the Labor members.  If Ms McKenzie, as his ‘policy director’, had anything to do with that, the fact she did not resign over it is enough for me. I would never pick her to represent any seat, anywhere, for the Liberals, not ever.

The core problem with today’s Liberal Party is its party room.  Far, far too many of those being preselected (and then, for some, elected) to sit in Parliament as supposed Liberals seem to me to be anything but people whose views I want to vote for – incredibly weak on free speech; unwilling to stop the $3 billion a year of subsidies to the renewables rentiers; far too politically correct; unable to fix the universities; happy to continue a world’s highest per capita immigration scam; and when it comes down to it far too likely to have spent a lifetime as one sort of advisor ‘insider’ or another.

So let me be blunt. If the Libs got it wrong in not selecting Zoe McKenzie then maybe they need to get it wrong a lot more often.  And I say that knowing next to nothing about the woman who won the preselection.  God knows, she’s a Liberal, so there’s a good chance she could be even worse. But at least she wasn’t responsible for Ted Baillieu’s policy positions.

8 thoughts on “Higgins’ Leading Ladies and the Liberals’ Lost Script”

Crossed out of the Curriculum

Canberra’s Punters and Their Losing Bets

A Speech the PM is Overdue to Deliver