The recent crash of a Robinson R22 (left) helicopter on a Northern Territory cattle station should provoke urgent action to solve a problem that’s already cost too many lives and aircraft: the reduction in lead in aviation gasoline has been associated with a spate of engine failures, crashes, and premature wearing of engine parts, requiring costly early replacements.

Nine minutes after taking off for a survey of the station’s watering points, the Robinson fell into a dry creek bed. The pilot, Campbell Taylor, 47, formerly of Roma, Queensland, was killed instantly. He was my wife’s nephew. His passenger, the chief stockman of Old Ambalindum station, was injured, suffering several broken bones, but is recovering.

Campbell was an experienced helicopter pilot who had started his flying experience in gyrocopters. I flew with him from his parents’ property in Roma several years ago.

The Australian Transport and Safety Bureau (ATSB) which is investigating the accident is under increasing pressure because of the unresolved fuel issue. It will find that the R22 had just completed its 100-hour inspection and had less than one further hour on the clock when it crashed.  The fact that it did not catch fire on impact may indicate that Campbell had time to switch off the ignition. If he did that very likely saved the life of his passenger.

Only three months ago, the Civil Aviation Safety Authority (CASA)  warned all pilots of Robinson R22 and R44 helicopters in northern regions of Australia about the risks of engine failure. Components in the Lycoming 320,360 and 540 series engines had been wearing out and requiring replacement far earlier than normal. Cylinders, valves and valve guides had failed or burnt due to elevated combustion temperatures, leading to degraded engine performance. 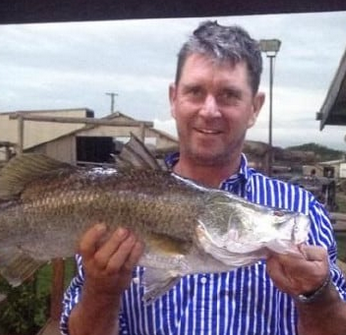 Campbell Taylor died instantly when his helicopter fell from the sky.

I understand that the aircraft Campbell Taylor was flying had already had to have two cylinders replaced because of excessive wear.

In mid-2018, the Northern Fuels Stakeholders Investigation Group was set up, involving Lycoming, Viva Energy, the fuel supplier and the Australian Helicopter Industry Association to investigate whether the fuel, or operating conditions such as the high air temperatures in the tropics was responsible. The problem has also been found in Continental engines in light aircraft. At the time CASA spokesman Peter Gibson was quoted as saying:

“Clearly the changes in the fuel specification has to be looked at and a number of people are pretty convinced that’s causing the problem, although there are a range of variables so we don’t want to rush into it until we’ve got the evidence.”

In mid-2004, BP Australia, the refiner of avgas, changed its formula to meet environmental pressures and international practice. It reduced the lead content from 0.86 to 0.56 grams/litre and increased the level of aromatic hydrocarbons. Avgas 100 (dyed green) was replaced with avgas 100LL (low lead and coloured light blue), thus following the US. Helicopter operators in the Territory are convinced the change to Avgas 100LL  is the main cause of the problem.

An unintended consequence of the change was the discovery by Aboriginal children that avgas 100LL was more ‘sniffable’. In 2017, children were breaking into the Elcho Island airport to sniff aviation fuel they siphoned from parked aircraft.  The introduction of OPAL fuel for vehicles successfully discouraged petrol sniffing; until then, avgas 100 was often used in vehicles because it had no attraction for sniffers.

The move to remove lead from avgas, the last transportation fuel still using it, is creating major headaches for the aviation and fuel industries around the world. Even if the present problems in northern  Australia are resolved, aircraft operators will soon find themselves on the tail of a tiger as completely lead-free fuel is introduced.

In the US, the Federal Aviation Administration (FAA) has been supervising a testing programme to develop lead-free fuel for light aircraft, named the Piston Alternative Fuel Initiative (PAFI). Four companies producing fuel were whittled down to two – Shell and Swift Fuels – and their formulations were being tested in FAA’s William J Hughes Technical Center in Atlantic City on 15 different engines and several aircraft types.

In August, Swift Fuels withdrew from the programme to go it alone, and FAA extended the deadline for testing until the end of 2019. When an avgas formula can be certified to eliminate lead, and meet aviation performance criteria of antiknock, vapour pressure, combustion, volatility, liquidity and stability, it will be mandated to replace 100LL in the US.

Australian usage of avgas is so small that the industry here will be forced to follow suit, and adapt again.

Aircraft and aircraft engines remain in service much longer than the family car. Of the 167,000 piston-engined aircraft in the U.S. relying on avgas fuel, most were designed and many built, more than thirty years ago. The engines were designed to run on leaded fuel, and may no longer be safe to fly on newer environmental fuels.

In the last ten years there have been 41 fatal helicopter crashes in Australia, several of them in the Northern Territory involving the Robinson machines that are used for mustering and other station work under extreme conditions. The aviation and pastoral industries need an urgent resolution to the mystery of excessive engine wear before it takes more lives.

Geoffrey Luck, a veteran pilot, was an ABC journalist for 26 years

Abbott, the Antidote to Turnbullemia

The dubious ‘freedom’ to express?