Oxford University Press yesterday produced the first fruit of a monumental project, ‘The Complete Works of Evelyn Waugh’. Forty-three scholarly volumes of everything this complex, brilliant monster sacré wrote – from seven words on a postcard in March, 1908, when he was four to his brother, Alec; to a letter penned on the morning of his death, April 10, 1966. And of course, everything in between – his bright young novels, his biographies, his travel books, his mordant comedies, his magnum opus Brideshead, his masterly Sword of Honour trilogy, his journalism, and his memoir of his early years.

Overseen, as general editor, by his grandson, Alexander Waugh, the project has lured the world’s leading Wavian scholars to introduce and annotate the novels, biographies, essays, letters, reportage, travel writings, reviews, diaries, poems – even drawings and designs produced over six decades. The first four volumes, published this week, cleverly encompass the young Waugh – his personal writings, his first biography, his second novel, and his autobiography.

One of the fascinating aspects of Evelyn Waugh is how much of his life he poured into his art. When his Diaries were published in 1976 his eldest son, Auberon, declared, “[They] show that the world of Evelyn Waugh’s novels did in fact exist.” And reading his work one can chart his life from disaffected younger son in middle-class Hampstead, to the precocious public school boy, the prancing faun at Oxford, the Bright Young Thing, the spurned lover, the amusing house guest, the intrepid traveler, the evangelising Catholic, the celebrated author, the constant correspondent, the country house recluse.

He even shines through his non-fiction. One of the four volumes in this first harvest, is Rossetti (1928), his first book, commissioned by Duckworth to coincide with the Pre-Raphaelite painter’s centenary.  As the editor of this edition, Michael G. Brennan (also author of a biography, Evelyn Waugh: Fictions, Faith and Family (2013)) , says, in his introduction, “Waugh’s artistic and personal life had mirrored Rossetti’s in several ways during the preceding decades, and Rossetti, like his later biographies of Edmund Campion (1935) and Ronald Knox (1959), reveals as much about Waugh’s own anxieties and artistic aspirations, religious sentiments, and failings as about those of his nominal subject. Coincidentally and poignantly, Waugh recorded in the final pages of his biography how Rossetti had died, as a lapsed Catholic, on ‘Easter Day, at nine in the evening’ in 1882, while he was himself to die, as a committed and observant Catholic, during the late morning of Easter Day 1966.” 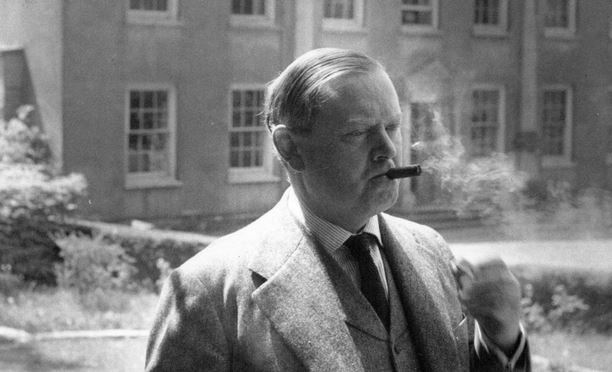 Curiously, Decline and Fall, the first novel, also published in 1928 and one that made his name, is not among this set from OUP. But his second novel, Vile Bodies, is. Edited by Professor Martin Stannard, the executive editor of this first crop, the introduction recalls Stannard’s brilliant exposition of the novel in the first volume of his magisterial two-volume life (The Early Years (1986) and No Abiding City (1992).

Again, the context of Waugh’s life is significant because half-way through his writing the novel he discovered that She-Evelyn, his wife of barely a year, had fallen in love with another man. And thus, from Chapter 7, a darker, bitter tone pervades the novel. Stannard notes that “where the first half of the novel …. was written in the anarchic spirit of Decline And Fall, the second was the product of the more conservative perspective that characterized the remainder of his literary career.”

Strangely, his last book, A Little Learning (1964), his only ‘real’ memoir, is among this week’s quartet but, on reflection, it makes sense to place it in this company.  This volume is edited by (the late) John Howard Wilson (also an author of a two-volume biography, Evelyn Waugh: A Literary Biography 1903 -1924; 1925 -1966) and by the project’s research associate, Dr Barbara Cooke, until recently of Leicester University where the project is based.  Waugh’s first and last sentences are so elegantly apt. He begins A Little Learning with “Only when one has lost all curiosity about the future has one reached the age to write an autobiography.” The memoir closes in July, 1925, after a suicide attempt in Wales where he swam out to sea and met a school of jelly-fish; and swam back to shore. His last sentence reads, “Then I climbed the sharp hill that led to all the years ahead.”

One interesting nugget footnoted in Wilson and Cooke’s introduction is a discussion on Waugh’s abandoned attempt to trace the heritage of one of his great-grandmothers, Theodosia Mahon. The family has recently discovered that Theodosia was the granddaughter of Noor Bebee, making Waugh one-sixteenth Indian. 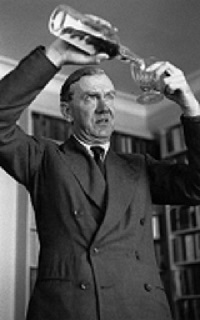 Of the four volumes, Precocious Waughs 1903 – 1921, is the revelation. It is the first of twelve volumes dedicated to his personal writings. This one is edited by Alexander Waugh, author of a frank and fascinating family history Fathers and Sons, and Alan Bell.   These dozen volumes will contain the bulk of the unpublished work. It was said the older Waugh tended to write his diary at night in a maudlin fog of claret and port while he wrote his letters in the morning when he was playful and bright. Only some 15% of the extant complete letters have ever been printed.

Given that his Diaries (edited by Michael Davie) were published only a decade after his death and his Letters (edited by Mark Amory) four years after that, it is understandable that the laws of libel suppressed many a choice observation and anecdote.  In this volume we see for the first time Waugh’s early letters and his school diary entries with over 120 illustrations. Among them is the dedication by 17-year-old Evelyn of his first (unpublished) book “To Myself, Evelyn Arthur St John Waugh, to whose sympathy and appreciation alone it owes its being.” As the editors say, “The clarity of his writing, even in adolescence, and his sharp eye for the absurdity of formal situations and social intercourse —  the same traits that combined so artfully to make his fiction —  are here all shown in their earliest forms, fusing to create a vivid critical and comical commentary on everyday life.’

Devotees will need to wait until November for a fifth volume, Essays, Articles, and Reviews: 1922-1934, containing every known piece of journalism written by Waugh during this period, many of which have never been reprinted. This volume is edited by Professor Donat Gallagher, a venerable Wavian scholar and editor of two volumes of his essays, articles and reviews. As OUP puts it, “They create a vivid picture of English fashions, morals and literary culture in the interwar years as well as showcasing Waugh’s early, provocative journalistic talent.”

This resurgence, this tsunami of Waviana, downplayed even by its own publicists as ‘essentially an academic project’, is reminiscent of OUP’s relatively low-key ceremony in September, 2004, when they launched The Oxford Dictionary of National Biography (the ODNB), the greatest feat in the history of publishing. The best studies, chambers, libraries, and dens that already hold the ODNB’s 61 volumes of dark blue buckram should now make room, over the next three years, for the 43 tomes, in bottle-green, navy and maroon, by one of the Dictionary’s illustrious entrants.

One might have expected this sort of honour to be restricted to Shakespeare, Austen or James. Instead it has been conferred on a twentieth-century writer, an abiding enemy of both the Common Man and the Modern Age, but one of the greatest stylists in the English canon. Even committed Wavians may quake at the fulsomeness of it all — four done and 39 to go – but the style, the tone, the presentation and erudition displayed so far, deserve the widest acclaim.

Come the Moment, Come the Man