For years, Chris Uhlmann swam like an otter in the ABC’s journalistic swamp, his nose lifted delicately clear of the stench from the red/green algae bloom that had gradually infected it. For years, his reports from Canberra were the only occasional relief for viewers from the pervasive left/green slant on politics and government.So I’m curious to understand what suddenly caused his celebrated outburst masquerading as a report on the G20 meeting in Hamburg.  Was this his one and only chance to voice his opinion on international affairs, and on President Donald J Trump especially?

It’s very noticeable that while junior and very ordinary reporters are being recycled through the most prestigious overseas offices of Washington and London, Uhlmann has been confined to Canberra. Has the denial of the career coronation of “foreign correspondent” got to him?

Whatever the motivation, his piece to camera on Trump at the G20 is now celebrated by the ABC, not for its perspicacity, but for the extraordinary number of its internet hits. On Sunday’s Insiders programme, it boasted a new record of 3.15 million Facebook clicks , and 1.35 million views on the ABC’s Twitter account. Going viral apparently is now the new yardstick of journalistic excellence — so much so the national broadcaster produced a first-person backgrounder on how this great coup made it to air. (The YouTube clip is pasted below)

So let’s look again at what Uhlmann said in Hamburg, reporting into The Insiders  a week earlier:

“What we already knew, Barrie, is that the President of the United States has a particular skill set, that he’s identified as an illness in Western democracies, but he has no cure for it and seems intent on exploiting it. And we’ve also learned that he has no desire and no capacity to lead the world.

“The G20 became the G19 as it ended. On the Paris climate accords, the US was left isolated and friendless. But, given that was always going to happen, a deft president would have found an issue around which he could rally most of the leaders. And he had the perfect one — North Korea’s missile tests. So where was the G20 statement condemning North Korea which would have put pressure on China and Russia? Other leaders expected it. They were prepared to back it, but it never came.

“There’s a tendency among some hopeful souls to confuse the speeches written for Trump with the thoughts of the man himself — he did make some interesting, scripted observations in Poland about defending the values of the West. And he’s in a unique position. He’s the one man who has the power to do something about it. But it’s the unscripted Trump that’s real: a man who barks out bile in 140 characters, who wastes his precious days as president at war with the West institutions like the judiciary, independent government agencies and the free press. He was an uneasy, lonely, awkward figure at this gathering and you got the strong sense some of the leaders are trying to find the best way to work around him.

“Donald Trump’s a man that craves power because it burnishes his celebrity. To be constantly talking and talked about is all that really matters and there is no value placed on the meaning of words, so what’s said one day can be discarded the next.

“So what did we learn? We learnt that Donald Trump has pressed fast forward on the decline of the United States as a global leader. He managed to isolate his nation, to confuse and alienate his allies and to diminish America — he will cede that power to China and Russia. Two authoritarian states that will forge a very different set of rules for the 21st century.

“Some will cheer the decline of America. But I think we’ll miss it when it’s gone. And that’s the biggest threat to the values of the West which he claims to hold so dear.”

As a report, this is nothing more than a series of personal opinions. Some commentators have described it as a rant. But it’s far worse than that. Uhlmann has gone well beyond reportage, observation and analysis to presume to see into Donald Trump’s mind, condemn his conclusions and then tell him what he ought to have done.

Was Trump an uneasy, lonely, awkward figure in Hamburg? An alternative interpretation could be that he was proud, aloof, disdainful of the consensus views on policies that he had already rejected as inimical to the real interests of his own country.

Who were the sources?  Where were the facts? What about Trump’s negotiation with Putin of a cease-fire in Syria?

How does Uhlmann know that an initiative to condemn North Korea would have been backed by 17 countries to put pressure on Russia and China? There was every sign that the meeting had no will to tackle any substantial problem, and sought only harmony and bonhomie.

Trump’s stated policy is to save America the cost and blood of being the world’s leader, so how can Uhlmann be so surprised at seeing it spelt out in person? The President believes that Europe particularly has got it wrong by destroying economies with alternative energy policies and failure to control illegal immigration. He deplores complacency about Islam and is insistent that nations pay their share of their international obligations. That was the message Trump’s behaviour was conveying. He was not the isolated one. I would argue that the 19 other nations isolated themselves from intelligent policies.

Trump’s Warsaw speech articulated the very values that at least the western nations of the G20 might be expected to confirm, yet Uhlmann sneeringly dismissed it as “scripted observations”, implying both that he is incapable of such thinking, and that he’s interested only in the furthering the “decline” of the United States.

Uhlmann’s final assessment is that Russia and China will take over the world, and that we will all miss America when it’s gone. Really? He seems ignorant of the fact that President Obama’s ineptitude created the vacuum that those countries filled. It was Obama who allowed Russia to meddle in Ukraine (one consequence being the shooting down of MH17). It was Obama who allowed China to colonise the South China Sea. That pathetic level of analysis of the international scene is very likely why the ABC has never let him out of Australia. 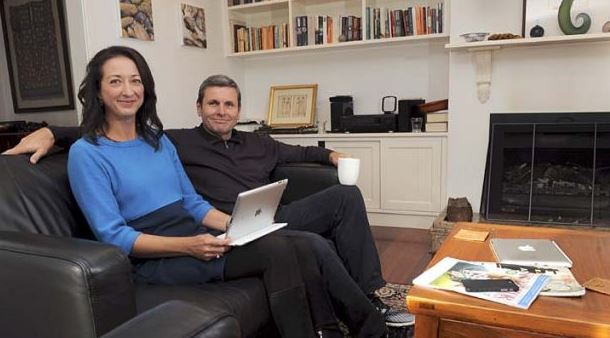 Well, why the outburst now? Seems he couldn’t contain himself any longer, and Hamburg was the expedient dateline. And proof that he didn’t really try to do a proper report on the G20 meeting came in this revealing quote he gave to the Canberra Times:

“So all I did was articulate a feeling that is widely held. Confirmation bias is the art of advertising.”

Chris Uhlmann has slipped beneath the surface of the Canberra press corps’ pond, now gulping down its toxic red/green algae.

No laughing matter at the Comedy Festival

My Coloured Perceptions of Race