If I had the energy, a stroll of no more than 500 metres from my hotel would take me to the iron fence of the White House. Were I to turn north instead, a similar perambulation would find a small public park the city’s designers intended as a leafy refuge from the city they knew with that unique cocktail of American ambition and certainty would sprout and grow around the practical grid of streets and grand, transecting avenues they drafted as befitting the capital of a great nation.

I know the park well because way back in 1980, when taking in the sights on my way to New York and a correspondent’s gig in the Fairfax bureau, I paused to watch the squirrels and rest a pair of weary feet. No sooner had I done so than a succession of loose-limbed black gentleman approached me with offers of illegal drugs — coke, pot, ‘ludes, uppers, downers, the whole contraband pharmacy. The statute of limitations long ago expired, so it is safe to admit that I forked out a crisp ten, bought a ‘dime bag’ of grass, lit up in the spring sun and soon found the antics of the squirrels even more fascinating than before.

Earlier today, ambling back to my hotel after a reunion coffee with an old flame, I realised I was in the same park. The statues were the key. They had not changed. Everything else about that formerly congenial spot, though, it was very different indeed. Where I recalled a mixed bag of white office workers brown-bagging lunches on the benches, today there was not a pale face in sight. Instead, in woolen hummocks scattered every few feet across the worn-down threadbare grass, the blanket humpies of the homeless. Without exception those beneath them were black. The benches were likewise occupied by black men and women, some young, others old, many whose age it was impossible to tell, such is the damage a life on the street can do.

I paused to catch up with the news, and as happenstance would have it, Fairfax correspondent Paul McGeough’s latest report on the evil that is Donald Trump came up on my phone. He was going on at some length about the Republican candidate’s racist sub-text, which McGeough established to his satisfaction by quoting a certain Yale professor, Jason Stanley.

Apparently, according to McGeough and his preferred source, when Trump laments the violence and wasted black lives that characterise so much of inner-urban America — the same inner-city America in which I was reading his report — the candidate is actually sending covert signals to his white audience. It is all a bit hard to figure, so let McGeough explain himself: 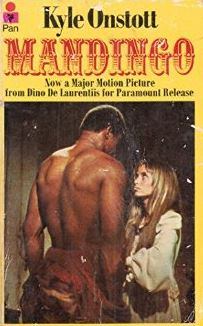 Through the campaign, analysts have parsed Trump’s feigned concern for inner-city blacks, expressed mostly to predominantly white audiences, as a bid to present himself as caring to educated white women.

But, by the Stanley reading, it’s a more sinister conveying to whites of his “blacks are bad” scare tactics.

Perhaps, when I was younger and stoned most of the time, the above paragraphs would have made some sort of sense. Fairfax in those days, though, had competent subs, and had I filed that by Telex, which is how we did things in those days, I could have counted on some terse queries by way of response. For example,

Which “analysts” have been saying that?

How do you know Trump’s concern is “feigned”?

Why would an expression of empathy for inner-city blacks impress “educated white women”? Are all these women Mandingo fans?

Of course, nothing resembling a competent sub-editor remains at the Age or Sydney Morning Herald, the latter paper still edited, incredibly, by a man found by a judge to have acted with overt malice toward Joe Hockey. We can only only conclude that whatever bilge drips from McGeough’s keyboard gets published exactly as transmitted.

He’s lucky in that regard because there’s another key query a competent sub or back-bench editor would have felt obliged to send to the Washington bureau. It is this:

“This Professor Jason Stanley bloke you quote, what do we know about him? I mean, Paul, if he’s a Hillary supporter, what he’s saying has to be taken with a truckload of salt.”

Wonderful thing that the internet is, it’s quite easy to learn everything one needs to know about Professor Stanley in order to establish his alliances and thereby identify the partisan perspective — the very relevant perspective which hairy-chested correspondent McGeough notably failed to mention. A quick visit to the site OpenSecrets.org, which tracks who gives how much to whom by way of political donations, would have seen any competent sub spike this dispatch as a piece of shamefully partisan piffle. Below, a screen grab of one political donation mae by the source McGeough chose to quote without any background information:

Follow this link and you’ll see, as McGeough never bothered to mention, that Stanley is an ardent backer of Obama, Bernie Sanders, Hillary and the Democratic National Committee.

Today, while reading McGeough’s travesty of a report in that Washington park, I waved away a couple of black men who offered me drugs of various sorts.

What could McGeough have been smoking to serve up such filtered, biased and selective, er, “news analysis”.

Roger Franklin edits Quadrant Online. He lived in the US for 26 years and returned there last week to cover the presidential election

In Defence of Yassmin Abdel-Magied