The Day the Russians Came

Soon after I  was born in Vienna in 1934, I was dispatched to the little old town of Allentsteig to be looked after as a ward of the state. My childhood friends would ask, ‘Do you have a father or mother?’ My foster-mother, Frau Edlinger, would say, ‘Oh, we found him  in a basket by the  creek.’

My earliest memory would be the daily walk to the kindergarten. It was at the  lower end of the castle’s defences. Our rooms consisted of solid stone walls with hand-crafted iron doors and bottle glass windows. It used to be the guardhouse to defend the lower parts of the castle wall and was at the end of the longest roofed passage in Lower Austria. We used to sneak along the passage way up the stone steps for a view across the town. If we were caught the penalty was no free lunch the next day.

All this changed quite suddenly as 1938 brought a new regime to our small town. Our country became part of the Thousand Year Reich. The castle became the Germans’ headquarters. A new double-storey building at the other side of town became the new kindergarten — a clinical, tidy, perfect Germanic-replica, something we little Austrian kids did not comprehend. Even the sandpit was perfectly square. The worst possible part was the dismissal of our local teacher, replaced by strange sounding Germans whose accents we Austrians could not understand. We had never heard High German spoken, nor had we been made to line up every morning, march, and salute the flag and the strange new teachers.  ‘Get used to it’ the adults told us, ‘you are all little Germans now and be proud of it’.

Later, we had to join the Jungvolk, the little kids’ version of the Hitler Youth. From the age of ten we  started   training with hand grenades and light machine guns. I was also a choirboy, and between farm work, school, scouts and church, I was run off my  feet.

Late spring is the best time of the year in Lower Austria. By  April, 1945 the last snow had melted and the first  of the early spring flowers were pushing their heads through the soft soil. For we children wars seemed a long way in the distance. That was about to change.

We were situated right on the edge of a huge German Army camp, established at the beginning of the war. To avoid attacks by what were termed the Anglo-American ‘terror bombers’, the Germans built barracks to house thousands of Russian prisoners of war and a contingent of Allied officers. If they bombed us, the logic went, they would be bombing their own.

Towards the end of April,  the whole world seemed to be travelling past my front window: thousands of Russian prisoners being herded west. We ran out to give them water and bread although the German guards scowled.  ‘Let the children be, the war is nearly over!’ an officer shouted.

School had been cancelled some weeks earlier. Lack of firewood to heat the classrooms seemed to be the reason.

The Hungarian soldiers came past a few days later, but we were told by our elders not to race outside. ‘Those Hungarians are not nice people,’ the grown-ups warned, ‘they might take you away’. My friends sniggered behind my foster-mother’s back; she was looking after us that morning. ‘That would be a real adventure,’ Maria said to her cousin Franz. ‘We could write a story when school starts again.’

One day, the rolling thunder of distant cannons and their flashes of light across the clear night sky suddenly stopped and an eerie silence descended over our town. I decided to visit one of my school friends who lived on the outskirts of the city. I had not seen him for some days, as he was not allowed out by his parents who must have thought it was too dangerous. He sure missed a lot of fun.

I decided to take the long way up Hospital Road to avoid the school — maybe some of the teachers were still around — but the whole place seemed to be deserted.Not even dogs turned out to bother me with their barking and carrying on.

As I passed the side entrance of the hospital I heard the rumbling of heavy machinery, what sounded like tractors,  coming down the way from the direction of the cemetery. Looking up the road, it appeared that German tanks were arriving. The front tank had what looked like officers standing near the turret.

In my excitement I decided to do the right thing, just as we had been taught by our teachers: ‘You must salute an officer of the German Reich by raising you right arm and, in a loud and clear voice, say ‘Heil Hitler’. Having suffered beltings before for not raising my arm high enough I thought to do better this time. “HEIL HITLER!” I shouted.

Those Germans turned out to be Russians and, lucky for me, found it amusing. Perhaps I did not look threatening. My heart seemed to stop when a soldier jumped off the tank, picked me up and lifted me on top for a ride into the centre of the city.

Triumphant, I thought an entrance like that would impress all my friends and make me a local hero. But no, that reaction did not materialise, as the news that the Russians were coming had spread ahead of my entrance. Everyone was inside, not daring to show their faces, and all left for me to do was to tell my story of an amazing ride that lasted all of ten glorious minutes. 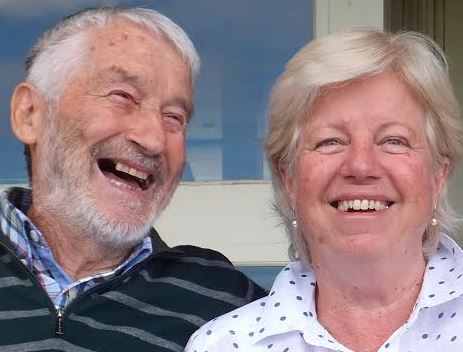 Senate Inquiry on Academic Freedom: Why genocide studies proliferate in our universities