Common sense has lost a great champion with the death yesterday (June 17) of Quadrant supporter and contributor Ray Evans, a man of great faith, courage and a boundless intellectual energy, even as his body failed him. Beyond that, Evans was a gentleman of the old school, someone who stood by his principles without stooping to personal abuse and vilification, as do so many of his enemies and critics on the left. 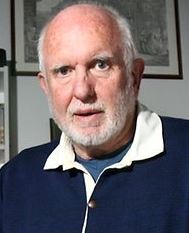 If a man can be judged by his foes, the enmity of the likes of Clive ‘Suspend Democracy!’ Hamilton, Tim Flannery and the legions of Lysenko-style careerists yanking on climate alarmism’s bell rope with one hand while pocketing grants, per diems and sinecures with the other might well represent the greatest testament to Ray’s integrity.

Andrew Bolt has published a brief but heartfelt tribute that lays out the bare bones of Ray’s many achievements, noting in passing that his friend’s sage counsel, and his strength for the good fight, lifted the columnist’s dark mood and sent him back to the ramparts:

In 1986, Ray co-founded and led the H R Nicholls Society (with Peter Costello), which was hugely effective in pushing for labor market reform. He was later a founder of the Lavoisier Group, one of the earliest centres of resistance anywhere to the global warming alarmism then rampant. Ray, a Christian and student of history and ideological fashions, had global warming pegged from the start as a new faith – and one that threatened not just our prosperity but our freedom and our reason.

Here is Ray, writing with Tom Quirk, in the June, 2012, edition of Quadrant:

The low-cost electricity we once enjoyed was obviously of great advantage to ordinary families, whose standard of living was thereby enhanced. But it was of greater importance to commercial and industrial consumers, who were able to offer goods and services at lower prices, and to employ more people. Cheap electricity is a major contributor to national prosperity and to economic diversity, and the increases in prices that have taken place, with more in the pipeline, will spread through the economy with continuing deleterious consequences. We will see the closure of industries which have relied on cheap electricity for their international competitiveness. Industries such as retailing, already under pressure from changes in consumer behaviour, will find these increases burdensome. Electricity prices have now become a major political issue, but because both sides of politics have been guilty of serious misdemeanours in driving these increases, both sides of politics will try to fudge the problem, and will seek to lay the blame on others.

It was a familar theme from one of the original sceptics. Four years earlier, Ray marveled  at the eruption of ignorance which had declared carbon a threat to the planet:

Carbon is the sixth element in the periodic table. It is unique among the elements in the vast number and variety of compounds it can form. With hydrogen, oxygen, nitrogen and other elements, it forms a very large number of compounds. There are close to ten million known carbon compounds, many thousands of which are vital to organic and life processes. Carbon is essential for life.

As we now see in the Commonwealth government’s Green Paper, Carbon Pollution Reduction Scheme, and newspaper sub-headings (“Carbon’s a diabolical foe”—Australian Financial Review) carbon is now being demonised by the media and by ministers of the Crown.

How did we get to a situation where fantasy has triumphed over reality?

More succinctly, Ray put it this way in his paper Nine Facts About Climate Change:

“Environmentalism has largely superseded Christianity as the religion of the upper classes in Europe and to a lesser extent in the United States,” Mr Evans says in the publication.

“It is a form of religious belief which fosters a sense of moral superiority in the believer, but which places no importance on telling the truth,” he says.

“The global warming scam has been, arguably, the most extraordinary example of scientific fraud in the postwar period.”

While the crusade against climate alarmism consumed much of his energies during his later years, Ray’s mind, undimmed by age, also drew him to other examples of folly mandated by official policy.

In 2009 Ray was co-editor with Quadrant editor Keith Windschuttle and political scientist David Martin Jones  of The Howard Era, a 538-page volume published by Quadrant Books. It is a collection of 25 chapters, written mostly by people with direct experience in their area (including Tony Abbott), assessing the Howard government of 1996-2007. Ray’s contribution was a brilliant and pungently critical examination of the Howard government’s policy on the environment.

After Victoria’s catastrophic 2009 bushfires, an inferno that destroyed the Marysyille getaway he had built with wife Jill, he identified the reasons why the 173 people who perished that weekend represented a toll so much greater than it might have been. One of the key factors:

Currently the clearing of fallen logs and other debris from roadsides is prohibited. This prohibition is another example of Green Power in action. People should not only be allowed, but should be encouraged, to obtain firewood from the roadside and to keep the road verges clear of debris.

The capture by the Greens of a number of shire councils and the regulations such councils imposed on new housing certainly aggravated the damage and arguably caused increased loss of life on Black Saturday. This issue has received considerable attention in the media but there has been no comment on how a small group of people, admittedly passionate in the [green] religion which gives meaning and purpose to their lives, can capture a council and impose regulations which are not only dreadful in their consequences but are also regarded as lunatic by most people living in the shire.

Vale Ray Evans. The world is poorer for your passing.

Roger Franklin, the editor of Quadrant Online, deeply regrets he can no longer return to their owner the books Ray lent him in an effort to banish his agnosticism.

The Positives of Negative Gearing

Ideology, Power and the Left