We’re all a little toey on the subject of Nordic supermen just at present, but I can offer a remedy at your local cinema that will cost you just the price of a ticket.

Captain America: The First Avenger is ersatz Spielberg of the nicest sort. Everyone keeps their clothes on (except Captain America, and that’s only gratuitous chest shots). Men are men, women are gorgeous, and Tommy Lee Jones is craggy. Hugo Weaving appears to be having the time of his life in his full-length leather coat – where do these baddies get their outfits? – and there are bespectacled henchmen, a mild-mannered genius Jewish scientist, a Howard Hughes-a-like, and some amazing blue shiny stuff with eldritch powers.

The opening scenes are great fun: you can call it parody, hommage or irony if you like, but you will certainly recognize the trope. Something has been found under the polar ice, and this time it’s not Megatron, nor the first clue to the location of a fabulous hidden treasure. 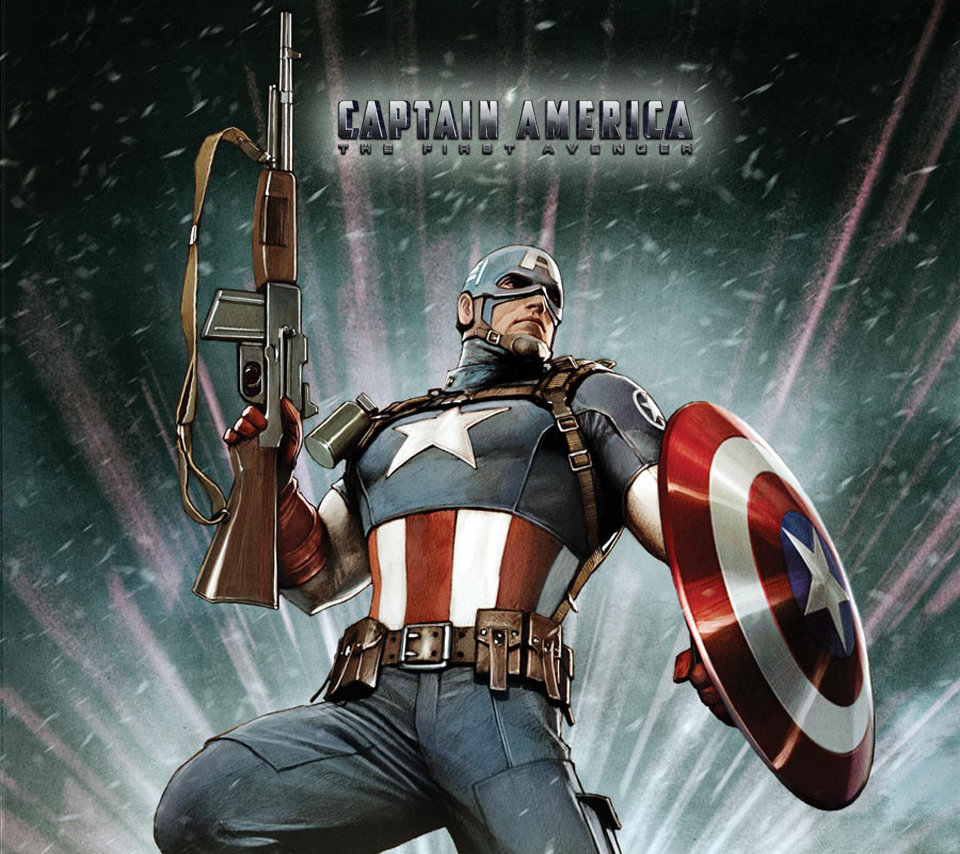 Cut to Norway 1942, and because we are all now sufficiently educated to know what happens when Nazis meddle in things man was not meant to wot of, what do the bad guys say when they first see the amazing blue Nordic-god powers in the little box? ‘And the Fuhrer – digs for trinkets – in the desert!’

I think it was at this line that I fell in love with this movie, and it just got better as it went along. The lab equipment alone is worth it. In this pre-microchip era, everything in sight appears to be made out of the same metal as old filing cabinets; that formidable dimply stuff, rich with the promise of back injury. There are dials, bakelite switches and levers with knobs on the end, presided over by Howard Stark (Dominic Cooper), a thin-moustached gadget freak, aviator and millionaire ladies’ man. Thank goodness he’s on our side, because what’s about to happen is really quite spectacular.

Meanwhile, four-stone apology Steve Rogers (Chris Evans) keeps being knocked back for military service and beaten up by bullies. So when he gets volunteered/recruited for secret military experiments, it’s no surprise that the four-stone apology goes into a souped-up filing cabinet and comes out as two separate gorillas. In The Spectator recently, Nick Bryant compared Arnold Schwarzenegger to ‘an anvil dipped in caramel’, and that’s kind of what you get here. I don’t even care how they did the special effects, and neither should you.

But the new improved Steve Rogers is not ridiculously buff; he’s just kind of – well – amplified. Which is the point of the whole secret-formula gig: it has a potent moral component in its molecular make-up. So when a man who is pure of heart is given a whacking great dose of it, you get Captain America. And when an evil genius is given the same – well, you get the idea.

Actually, what you get is Hugo Weaving as the sinister Johann Schmidt (a name to conjure with), alias the Red Skull. Schmidt is head of a multinational covert network called Hydra, which has already dismissed Hitler as a rank amateur in the evil overlord stakes and plans to rule the world without him, which certainly helps to explain all those assassination attempts. What also helps to explain them is that in seventy years of war-film-making, the Germans’ aim has not improved.

This is an enjoyable, consoling and deeply restful movie. The Nazis are bad, but Hydra is super-bad. You can tell that right away, because in one scene Johann Schmidt is having his portrait painted against a Caspar David Friedrich background, while a gramophone plays Wagner. There are good car chases and plenty of shield-hurling, and also minimal ideological defecation-in-one’s-own-nest. (I always love it when a guy from the State Department turns out to be a baddy.)

There’s a lady in this movie as well, basically consisting of a bosom and very slim hips and some lipstick. Male viewers may get more of a kick out of this than I did, but I’m sure she’s there for a good reason. She does punch someone once, and also can fire a gun quite well, but that’s about as good as it gets. Similarly, Captain America’s team of buddies have remarkably little to say for themselves, but they’re there anyway because I mean, the guy can’t do everything.

And there is also Tommy Lee Jones. Fact: I love Tommy Lee Jones, principally because he has saved many an otherwise mediocre movie for me. Just when I’m resigned to a movie limping along on three legs, he comes striding in from left of screen, dishing out tough one-liners in that down-home accent, and looking utterly dependable. Captain America is not quite a lame movie, but it could have been, and Jones really lifts the tone and gives you someone to chew on.

Oh, go and see it. Go on. Take your thinking cap off, check your cynicism at the door, and cheer yourself up for once.

A Fog of Generalised Imbecility

Want Turnbull? Take Him, He’s Yours