Treme season 1
Set in New Orleans six months after Hurricane Katrina, this extraordinary drama series is a feast of storytelling, visuals, and music–absolutely wonderful music, as you can imagine, featuring famous New Orleans musicians. Gripping, funny, and tragic, it tells the story of several interlinked characters, as well as presenting a whole community, in the most immediate and engaging manner possible. I really loved it, and have bought not only the DVD but the CD of the music soundtrack as well.

The Event
This is a real roller-coaster of a series, over 22 episodes, starting from a young man’s desperate search for his kidnapped girlfriend and the attempted assassination of a US President over an announcement that a group of high-security prisoners will shortly be released from a secret government prison. How these are connected, and who the prisoners really are, and what their intentions are, is gradually revealed, in gripping, action-packed and plot-twisting episodes that never fail to keep your interest. It’s also a very interesting character study of how people’s abstract ideals change when they’re faced with a real danger. I won’t say much more except that it’s not what you think, and all the better for it. It’s been compared to Lost – one of my favourite series ever – crossed with 24 and that gives you some idea of pace and surprise. 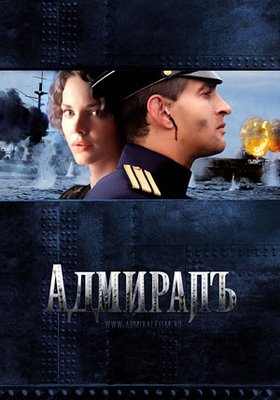 This is the first season; a second season hasn’t been made yet–hope it will, but even so this is complete in itself and well worth watching.

The Admiral
This beautiful, lavish and exciting film is an example of the wonderful historical films now being made in Russia. Directed by Andrey Kravchuk, it’s a biopic on the life of Admiral Alexander Kolchak, commander of the White forces in the Russian civil war following the Bolshevik coup d’état. But it doesn’t only tell the story of his career, but his great love for the poet Anna Timereva, despite being married. The film opens in 1964 in a Mosfilm studio where a production on the Civil War is being filmed – and an extra, an old Russian noblewoman, about to be dismissed from the production because her past has come to light, is sitting looking at a photo of herself in the 1910s – and then the film flashes back to 1916 and Alexandre Kolchak on the deck of his ship. Action-packed, tender and tragic, it features magnificent acting, settings, costumes and extraordinary battle scenes. Available on amazon.com (it’s in Russian with English subtitles).

Two Russian ones here too, and both featuring animations.

The first, The Snow Queen, is a beautiful compilation of a few of the animated films of the classic, great Russian film director Lev Atamanov, who in the 50’s and 60’s made animated films of classic fairytales, films which in my opinion are easily the equal of the great classic Disney fairytale animations (and which, set in enchanted lands, have not a single trace of Soviet propaganda). In this compilation (which I ordered online from the Adopted from Russia website, which has lovely children’s books and DVDs from Russia) which is in Russian with English subtitles, there’s Atamanov’s famous Snow Queen (1957) a full length animated feature film based on Hans Christian Andersen’s tale, as well as The Golden Antelope (1954, a beautiful short animated film based on an Indian fairytale), and three lovely, ironic, more ‘adult’ animated shorts. Atamanov also made lots of other animated films based on fairytales, including Russian ones such as The Scarlet Flower and The Tale of Tsar Saltan and you can view bits of some of these on You Tube.

The other is Masters of Russian Animation, a several-volume set of lots of animated shorts by classic Russian animators: such as Atamanov, Anatoly Petrov, Yuri Norstein (whose Hedgehog in the Fog is an absolute delight) and lots more. You can get these at Amazon.com.

Animation is still in good hands in Russia; one of my favourite modern animators is Alexander Petrov, who has won prizes in Cannes and Annecy for his delicately beautiful films based on paintings he creates on glass. He has done some based on literature, such as a lovely one based on Hemingway’s Old Man and the Sea(only available in Russian and French, sadly for anglophones) and on YouTube you can also watch part of his recent animated film, My Love, which despite having been nominated for 2008 Oscars, still hasn’t made it onto DVD as far as I can find out. But it’s an absolutely glorious film, and I highly recommend a visit to YouTube to check it out.