Sir Robert Menzies to his daughter Heather in October 1967, from the recent collection Letters to My Daughter (Murdoch Books).

I have never been persona grata with the ABC, nor the ABC with me. 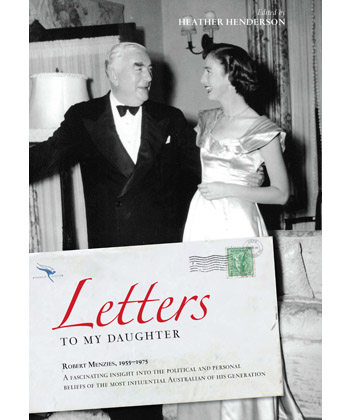 Yet before I went abroad, my publishers at this end had made an agreement with the ABC that they would devote half of a thirty-minute feature called This Day Tonight to an interview with me on Monday 23rd, the date of the launching of Afternoon Light.

I was far from well, but at great inconvenience I went down to Ripponlea and went through with it.

I didn’t see the result that night but some of my friends and members of the family did, to their intense annoyance.

Still, one lives and learns. I shall now return to my old decision never to do a TV appearance for the ABC.