It’s been a long time since my first review for QED. I had intended to write more frequently, but life and Facebook got the better of me. More recently, however, I’ve decided to read more than two-syllable words; I’ve switched from tweets to tomes.

Anyway, I still go and see a film most weeks, and this week we went to see Zack Snyder’s latest graphic-novel-style epic, Sucker Punch. I didn’t have to pay, as I had a complimentary ticket from when the film they used for Black Swan a few weeks ago caught fire. 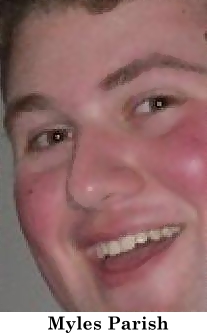 Sucker Punch is a rather shallow film at first glance – girl is framed for murder of younger sister, girl is committed to asylum by shifty father to hide what really happened, girl faces threat of lobotomy and has just days to escape. Girl, therefore, retreats from sadomasochistic world into colourful dream bordello, and plots her escape therefrom, paralleling her never-seen burlesque numbers with another level of dreaming where she and her friends from the house of ill repute are super soldiers, battling everything from steam-powered First World War Germans to Orcs and a dragon! It’s almost as confusing as Inception, and in that respect, I suppose, it’s not shallow at all.

Unsurprisingly, this isn’t a film that’s garnered a particularly excited response from critics. According to that bastion of half-truths, Wikipedia, the Orlando Sentinel called it “an unerotic unthrilling erotic thriller in the video game mold, Sucker Punch is [the] Last Airbender with bustiers.". For those unfamiliar with The Last Airbender, it’s a very, very poor adaptation of a popular kids’ show, that won a handful of Razzies, awarded to Hollywood’s worst movies, last year. A website has been started to raise funds to send its director, the once much-vaunted M. Night Shyamalan, back to film school – you can see, then, that it’s not an especially favourable comparison.

However, I really enjoyed Sucker Punch. And no, it’s not because of the admittedly attractive cast and their dress standard. The film is visually splendiferous, with the action sequences absolutely enthralling. There’s not a lot of shaky cam – owing I suspect to Snyder’s love of the comic-book-frame style of filming – and the result is that what there is of a plot is very easy to follow. Perhaps it was just my year 10 English skills coming back to haunt me, but despite the sexuality in the film, it has an almost Christian idea of redemption behind it. Sacrifice for the redemption of others is a key theme, but really your own interpretation of the last few lines makes the whole meaning (such as it is) of the film. Is it Christian? Is it right libertarian? Is it bunkum? Goodness only knows!

I probably wouldn’t mind seeing this film again at the cinema – it was just fun to watch. It’s not a “blink-and-you-miss-important-eye-twitches” action film like Casino Royale, but nor is it Lord of the Rings with an entirely female cast. If you like a non-intellectual visual feast with a few sizzling gypsies thrown in, then this is a film for you! If you don’t, see it on DVD – it’s a good watch.