Among the members of our retired guys’ tennis club there is a boffin who used to work at Commonwealth Serum Laboratories (CSL). When it floated at $2.30 in 1994, he used an idle $10,000 to take up the staff offer. He never sold the parcel. You probably know that CSL has been a sensational long-term investment. When this guy returned my serve, I’d think, “Nice slice, James Packer!”

CSL is one of my rare good picks. I bought  160 shares at about $31 donkey’s years ago, a $5000 investment, and I’ve watched my parcel rocket to around $28,000. So whenever CSL’s share price flashes up on the finance segment of the ABC’s 7pm news, I salivate like Pavlov’s dog. On Friday (May 18) it was ABC chief economics correspondent Emma Alberici handling the finance section. She did an excellent intro comparing Australian and NZ budget and economic parameters. Well done, Emma!

The great thing about Emma’s stuff is that you can be sure every element has been fact-checked with fantastic thoroughness. That’s because she got the ABC into a wagon-load of trouble with her news story and commentary in February on businesses’ alleged tax  scamming.[1]

Her nine errors in the news piece and general ignorance of the subject saw a cringing ABC beaten up by an outraged Prime Minister, the Treasurer, plus the Communications Minister and business leaders.[2] It turned out that even a prior two-hour briefing from Australian Taxation Office Deputy Commissioner Jeremy Hirschhorn had failed to enlighten her to the basics of company tax. For example, tax is paid on profit, not on revenue. Concepts such as carry-forward of losses (think Qantas) were way beyond her reach.

A Treasurer’s adviser  on February 14 sent the ABC a 1600 word email concluding,  “Ms Alberici’s story reveals an inherent bias and is ­activism disguised as journalism, and we would expect more from the ABC’s chief economics correspondent.”

ABC managing director Michelle Guthrie blamed “inadequate editorial resources” — $1.2 billion a year only goes so far, you know —  for the publication of the articles. The national broadcaster has since increased editorial oversight, she said.

“Shares in CSL put in a stellar performance today on the back of a fairly harsh northern hemisphere flu season,” Emma said as I drooled at the thought of my expanding wealth. She didn’t mention the price but my eyes flicked to her graphic alongside. The prices listed at the closing bell for Woodside and Santos were spot-on, but was this about CSL?

OMG! According to the ABC, my favourite stock was wallowing at $7.31. Last time I checked it had been over $170. Some utter catastrophe had occurred. Should I hang on – a strategy that served me badly throughout the Great Financial Crisis, or sell and garner $1170 (less brokerage) towards my half-yearly electricity bill? 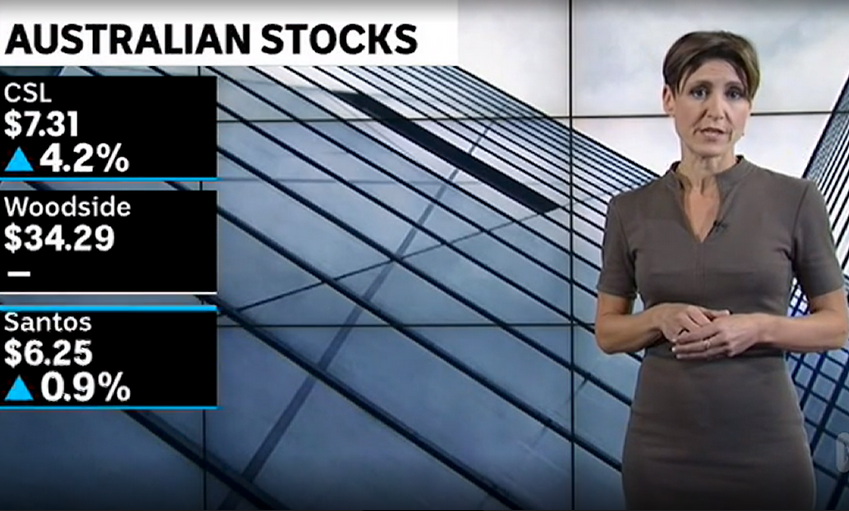 Surely, given Emma’s history and  Michelle Guthrie’s “increased editorial oversight”, this $7.31 couldn’t have been just another ABC cock-up? Surely, as the ABC’s go-to guru on matters financial, she would checked the facts and details of her report before going to air?

I checked the price: Oh happy day! My CSL babies were actually at $183!

But why $7.31? At first I thought it was confusion with builder Downer EDL which had a $7.31 high on Friday. But the explanation is much simpler: $7.31 was CSL’s increase yesterday, which Emma presented as the actual price.

So no-one there has noticed the CSL howler – I’ll demand a correction, just for entertainment. Oh, and Ms Guthrie, ramp up that editorial oversight a notch.

[3] More than 40 per cent of ABC journalists who answered a survey question about their political attitudes are Greens supporters, four times the support the minor party enjoys in the wider population.

Mistletoe or Not, Trump Deserves a Kiss

My Days as an Outcast of the Ocean