The Straits Times on the claim by Lee Kuan Yew, published in his new book Hard Truths to Keep Singapore Going, that Muslim integration in Singapore is failing:

In the book, Mr Lee, when asked to assess the progress of multiracialism in Singapore, said: “I have to speak candidly to be of value, but I do not wish to offend the Muslim community. 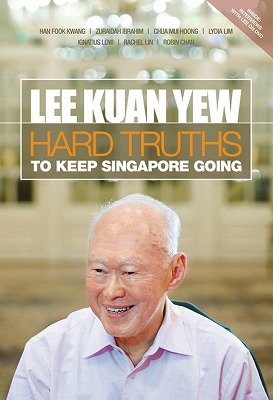 “I think we were progressing very nicely until the surge of Islam came, and if you asked me for my observations, the other communities have easier integration – friends, intermarriages and so on, Indians with Chinese, Chinese with Indians – than Muslims. That’s the result of the surge from the Arab states.”

He added: “I would say today, we can integrate all religions and races except Islam.”

He also said: “I think the Muslims socially do not cause any trouble, but they are distinct and separate.”

Mr lee then went on to speak of how his own generation of politicians who worked with him had integrated well, including sitting down and eating together. He said: “But now, you go to schools with Malay and Chinese, there’s a halal and non-halal segment and so too, the universities. And they tend to sit separately so as not to be contaminated. All that becomes a social divide.”

He added that the result was a “veil” across peoples. Asked what Muslims in Singapore needed to do to integrate, he replied: “Be less strict on Islamic observances and say ‘Okay, I’ll eat with you.’”

Perkasa secretary-general Syed Hassan Syed Ali said: “Perkasa does not consider Lee Kuan Yew as being less able to respect other religions, but instead consider him a very senile old man.”

A reader on the Jakarta Globe website wrote [on Lee’s comments]: “Funny, if you say the same thing in Europe, you will be crucified. At least somebody who is calling a cat a cat.”