Les Murray is Australia’s leading poet, and the Literary Editor of Quadrant. His new book, Killing the Black Dog, is now available.

Killing the Black Dog is Les Murray’s courageous account of his struggle with depression, accompanied by poems specially selected by the author. Since the first edition appeared in 1997, hosts of readers have drawn insight from his account of the disease, its social effects and its origins in his family’s history.

As Murray writes in this revised and updated edition, the title was premature. He had mistaken a remission for a cure, and thought himself freed from the severe depressive illness which had twice invaded his life. 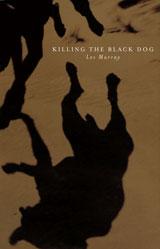 Now, in a new afterword, he describes a relapse, but also shares some of the fruits of his further contemplation. He shows gratitude for help previously unacknowledged, and describes how patches of daylight now balance out those of darkness in his life. A further half dozen poems have been added, reflecting a more complex understanding of depression and its role in the lives of its sufferers.

Les Murray lives in Bunyah, near Taree in New South Wales. He has published some thirty books. His work is studied in schools and universities around Australia and has been translated into several foreign languages. In 1996 he was awarded the T.S. Eliot Prize for poetry, in 1998 the Queen’s Gold Medal for poetry, and in 2004 the Mondello Prize. His most recent collection of new work, The Biplane Houses, was published by Black Inc. in 2006.

Another Betrayal of Israel and the Jews