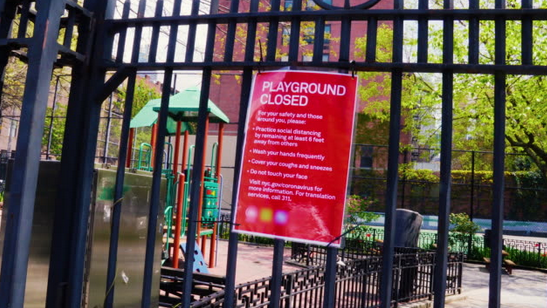 Here we go again. The one-week snap lockdown by Victorian Premier Daniel Andrews, true to form, has turned into four weeks and it is anyone’s guess how long the latest extension will last, quite possibly at least until November. Who knows, possibly forever?

For more than 18 months the states have used lockdowns to suppress the spread of the COVID-19 virus.  At first, the short, sharp lockdowns seemed to contain the virus in its first and second waves.  But now, as the Delta variant rides the third wave, it must be obvious that this approach has failed. Tougher masking restrictions, travel limits, closed playgrounds, curfews, threats, fines, arrests of dissenters (see the video below) — the virus remains unchanged while traditional liberties and free speech go down for the count.

Given COVID-19 is not going away anytime soon, we are going to have to learn to live with the virus.  But like the obsequious advisers who attempted to flatter King Canute by feigning the belief that he had the power to turn back the tide, some State premiers think they can stop new cases of the corona-virus with lockdowns and masks. They’re not entirely stupid, these premiers, so they must realise by now that this is impossible to eliminate the virus, meaning their collective refusal to consider other approaches must be due to an unwillingness to appreciate the obvious. From talk of eliminating the virus, the premiers and their CMOs now speak guardedly of ‘learning to live with the virus’, yet they continue to pursue the same failed methods while promising that all will be well when 70 per cent or 80 per cent — they seem unable to settle on a firm number — are vaccinated.

Have they not heard of what is happening in Israel, the fabled 80 per cent was reached and the hospitals are once again replete with COVID patients. Surely our leaders know this, know that the vaccines are no absolute remedy? If they don’t, they should. If they do know, they are lying about vaccinations being the door that repopens on our suspended freedoms.

Common sense, rationality and, most missed of all, honesty have all but disappeared.  One can only wish the premiers would try something different, other than the endless cycle of lockdowns, border closures, opening up/ locking down again. One popular definition of insanity is trying the same thing over and over while expecting a different result. Victoria has so far tried this through six – repeat six! – lockdowns, making Daniel Andrews’ kingdom the most locked-down jurisdiction in the entire world. Anyone who believes there won’t be a seventh lockdown (and an eighth, ninth, tenth…) is invited to place a bid for the Westgate Bridge.

A new approach has been implemented by Singapore, Denmark and the United Kingdom, all having realised that while measures to contain the virus are needed they also grasp their economies need to be protected and civil liberties restored for the mental health of citizens and their democracy.

The UK decided to open up in July and there has been no unmanageable dramatic upsurge in hospitalisations.  It’s interesting to note that the UK opened up when while recording over 20,000 new cases each day. Meanwhile, Australian premiers and their health advisors freak out and boot toddlers from the swings and slides over a relative few new cases.

Has anyone in the media challenged the Premier Andrews to provide a cost-benefit analysis of his lockdowns?  Has any reporter quizzed him about the near-vertical decline in cases witnessed in India when ivermectin was handed out at the height of the Delta wave two months ago? We don’t hear much about India’s COVID experience lately, unlike June, when every website and front page was reporting that there just wasn’t enough wood in the Subcontinent to burn all the bodies. Suddenly, India’s chart of daily cases look fantastic …. and the media chooses not to report it.

Professor Philip Thomas, from  Bristol University in the UK, said that his own cost-benefit analysis, the only comprehensive one which has been done to his knowledge, reveals that for every one life saved by a lockdown, nine would be lost in the short to medium term due to such things as depression, suicide, isolation and deferment of medial treatments and tests. Thomas, whose specialty is risk management, sees a slump in economic output of around 9 per cent.

We have to try something different

The media have let down their fellow Australians and the ethics of their craft by tirelessly feeding into a narrative refreshed and renewed daily by live broadcasts of dog and pony shows in which the premiers and CMOs package the bad news in the grimmest possible terms. We might, for example, have been well served had their been more coverage of Singapore turning a new page in its handling of COVID — an approach which eschews lockdowns and other severe measures.  No quarantine, no tests and no daily numbers, that’s how Singapore rolls these days, treating the virus like other endemic diseases such as the flu. Denmark, too, is taking the same path, removing all COVID restrictions as of September 10.

There will be no goals of zero transmissions in Singapore’s city state.  Quarantine will be dumped for travellers and close contact of cases will not have to isolate. Senior Singaporean ministers have said it is the “new normal”, thereby setting an example of how to live with COVID-19 instead of merely talking about it, as in Australia.

Its time the media and politicians replaced the negative and sombre “new cases” daily bulletins, which are depressing and sending out the wrong messages. Why not place things in context and position the announcement of new virus deaths with deaths from other causes such as heart disease, flu and falling off ladders?

In 2019, according to the ABS, there were 169,301 deaths  from all causes in Australia; that’s 463 deaths per day on average. Today, September 2, COVID deaths in all of Australia came to nine (seven in NSW, two in Victoria). It was the worst day so far in the third wave, but that body count still amounts to only 2.4 per cent of the daily average.

According Worldometer, Australia has had 53,856 corona-virus cases with 1,006 deaths, giving a death rate of 1.86 per cent. Again, Again according to Worldometer,  there have been 217,826,784 cases of COVID worldwide and 4,522,320  deaths – which represents a death rate of 2.07%.  Nasty on the face of it, but bear in mind that the 4.5 million deaths are those diagnosed as such. Factor in the asymptomatic cases and those going unreported and the fatallity rate will decline further.

The major justification for the lockdowns is to protect the public health system, a worthy objective. Currently in Australia there are 876 corona-virus patients (as of August 29) in a hospital system with 61,000  public hospital beds and 33,100 in private hospitals, a total of 94,000 beds. Yes, the hospitals are stressed and ICU units are under pressure, but when the premiers bring out a nurse to speak of the long hours she and her colleagues are working and the discomfort of the full PPE gear they must wear, keep this at front of mind: the UK, with 2.46 hospital beds per 1000 population, managed the various COVID waves without being hopelessly swamped. Australia’s beds-per-thousand? A comforting 3.84.

If governments feel there is a need for more capacity in the public hospital system or more trained staff are needed, well they have had a year and a half to build more capacity into the system and train more staff. Singapore after the SARS-2 outbreak in 2009, built a  dedicated 300-bed facility to cope with future pandemics. When COVID-19 started in Wuhan the Chinese built a 400-bed facility within 10 days.

These measure are much better responses that attempting batter the virus into submission with the the blunt instrument of repeated lockdowns.

The solution to preventing deaths is staring us in the face; it’s just that our leaders aren’t paying attention. The best course has always been to isolate and protect the most vulnerable — elderly people with underlying health issues in particular. Our panic-driven premiers and health authorities give the false impression that everyone is at equal risk from the virus. This is not backed by the data. Indeed, to witness how determined they are to spread this notion, just watch the enthusiasm whenever they get to announce that someone outside the most vulnerable demographic has passed away. Remember the 15-year-old ‘COVID victim’? Turns out he had meningitis. Another youthful victim whose death was initially attributed to COVID was later revealed to have been a hard-core drug addict.

While vaccines certainly have their place, they are no silver bullet and won’t stop people from getting the virus or from passing it on – even Lock ’em Down Dan publicly acknowledges as much.

Looking to the future

The Prime Minister and  premiers have said that even if the fully-vaccinated reach the levels they demand, lockdowns may still be needed. But how long can the premiers stick a common policy based on lockdowns and scare tactics? In Daniel Andrews’ case, probably indefinitely, as he has at his personal disposal a politicised police force more devoted to suppressing his critics and enforcing his edicts than retaining the respect of the citizenry. So is it to be six months? A year? Eighteen months? Longer? I wouldn’t dare to guess, as a premier who can preside without blushing over the Red Shirts scandal, the Lawyer X disgrace and the leaking against and framing of George Pell is so shameless as to be capable of anything.

The time is now when the personal and civil rights of citizens must be respected and protected and, if cursed by a leader, a suspect police force and a media whose natural posture is one of genuflection, well those liberties must be fought for or surrendered.  It’s disturbing that civil rights are being thrown under the COVID bus. For the good of the nation, this can’t be allowed to continue.

Alan Barron is one of 6 million-plus Victorians  being restrained, hectored and tormented by what is probably the worst and most corrupt state government since the long-ago days of Tommy Bent

Would John Locke Get the COVID Jab?

Whose Lungs Are They Anyway?