Now Would Be a Good Time to Lead, Mr Morrison 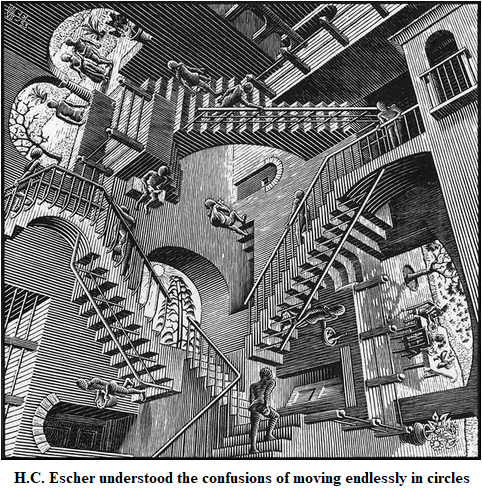 Death stalks the land. Bought a coffee and sat down outside with my morning paper in an area that the local council has configured to be a recreational area within a shopping-cum-café area. Didn’t get a chance to read my paper. Struck up a conversation (against the advice of NSW chief health officer Kerry Chant) with a masked ex-Englishman aged 74 years. He’d had his flu jab and was waiting for his second COVID jab; and, more immediately, for his wife.

He explained that even someone strolling by could pass on the virus and he was intent on living longer and travelling again. Having noted my un-jabbed and un-masked state he asked whether I wasn’t concerned about catching it. No, I said, I’ve more than had my three-score and ten years, which I’d made a mess of in any event, and had to die of something.

It was a pleasant conversation which ended when his wife arrived and I gave her my seat explaining that she was safe, I didn’t have COVID. Of course, I haven’t been tested and don’t intend to be if I can help it, so I might be Typhoid Mary reborn for all I know.

One thing you notice when you talk to people is how little they know. For example, he had no idea how many people die each year in Australia. I asked my daughter. She went from ten to twenty thousand. Very few people can get close to the right number or their heads around the actual number who die. Where do they put all the bodies?

Take the hype about India. On average, about 850 have reportedly died per day from the virus. Each day 27,000 people die of all causes. Perspective has been the first casualty of COVID.

Unsurprisingly, this chap I met hadn’t caught the news item about the UK Government’s chief scientific adviser, Patrick Vallance, correcting a mistake about the number of people fully vaccinated in hospital but, nevertheless, confirming that 40 per cent were vaccinated (double jabbed). I am not sure how he processed this information. Might have thought I was making it up.

Should we be so relaxed about so many fully-vaccinated people being admitted to hospital? This isn’t about people being confined to their beds or being supine on the couch, as I was when I caught what I imagine was the flu four years ago. These are people in hospital. OK, maybe the vaccination will prevent them dying, hardly a small thing, but still, it’s puzzling. Is it not?

I just have a feeling that this story is only beginning to be written. True, hospital admissions are well down on their peaks and, so far as I can tell, the US experience does not parallel the situation in the UK or Israel. However, some of those fully vaccinated Democrat lawmakers absconding from Texas to Washington DC managed to contract and pass on the virus. The fully-vaccinated Kamala was worried. Got tested.

My main concern, however, is not so much with the effectiveness of the vaccines per se, but with the reaction of state premiers to “cases” within the vaccinated population. How adult are they likely to be? Not very, based on the evidence to date. Having squibbed it so far, Scott Morrison’s time is here again. He has a second chance. And, for our sakes, he must seize the day. He has to start now laying the groundwork for Australians (including all those who’ve been scared witless), and for each state government, to accept infections and deaths from COVID continuing to occur after most of the population is vaccinated.

The Morrison back in May who criticised the sensible comments of Virgin boss Jane Hrdlicka, saying in part that “every single one of those lives [lost to COVID] was a terrible tragedy,” has to go back to the drawing board. We can’t afford him. Come forth Churchill, go away Chamberlain.