‘Far Right’? Wear it as a Badge of Honour 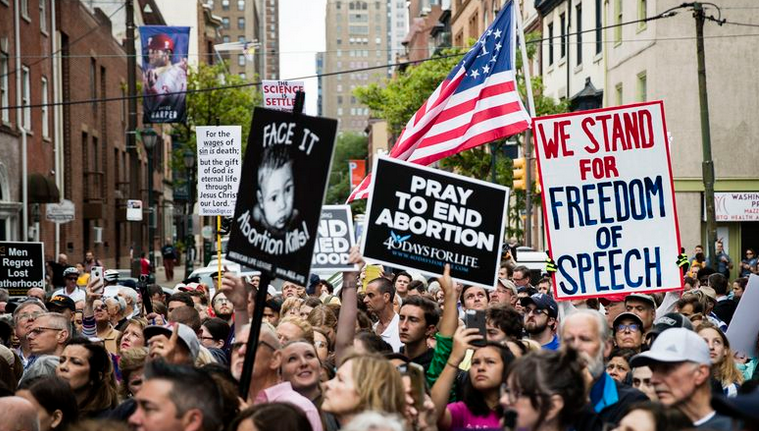 Support free speech and you are, by the Left’s definition, a white supremacist, fascist, enviro-rapist etc etc

I attended a good part of the Conservative Political Action Conference (CPAC) in Sydney over the weekend. It is the first CPAC to be held in Australia and only the second held outside the US. It was a well-attended. Kristina Keneally’s attempt to have Raheem Kassam barred from Australia was credited with having boosted attendance. She was awarded the “Keneally Cup” – to be awarded annually henceforward for the person doing most to stimulate attendance.

Good fun was had by all over this. And more generally the conference could be described as a funfest for conservatives, who get enormous relief and pleasure from being around those of similar mindset. I certainly do. Next year’s attendance is sure to be bigger, so don’t miss it.

These days, I really only enjoy being around conservatives. I need an accompanying vomit bucket if for some reason I am required to watch Q&A or read Peter Van Onselen. I few years ago I gave up being with some leftist friends; true for a specific reason, to do with a particularly egregious comment on the part of one of them, but it was generally becoming wearing to put up with wall-to-wall tripe.

This brings me to the theme of my piece, which is to do with civility. A number of speakers talked about the need for civility. Janet Albrechtsen in particular talked about the way in which contempt for the person with opposing views destroys any chance of there being a productive engagement. American commentator Matt Schlapp (incidentally and ironically, whose wife works for Trump as Director of Communications) and Republican congressman Mark Meadows were among others who made similar points at the conference. Hooey! I say.

It was noteworthy, at least I think so, that Nigel Farage and Fox News commentator Jeanine Pirro gave the most uplifting and inspiring speeches. Gentle to their adversaries they were not; impersonal they were not. Let us please get this straight. Leftist bozos want to destroy our nationhood, our culture, our traditions, our way of life, our very civilisation. And we have to be nice to them?

They can’t be reasoned with. They are not interested in dialogue. Be civil if you like but it takes two to tango and you won’t find any partners.

A chap from IPA, belonging to the group described by Noel Pearson as being “child soldiers” campaigning against the Indigenous parliamentary “Voice”, gave a standard rendition on the benefits of free markets. All well and good in its way but he, along with some others, identified his position on the political spectrum as being “centre-right.” It just won’t do.

The over-used descriptor, centre right, says it all about the faintheartedness of many conservatives. They are not fit for battle. “Oh, I’m really in the centre you know, just a little to the right; miles away from Attila the Hun.” Raheem Kassam did not describe himself. He didn’t have to. An ex-Muslim, he makes critical statements about Islam. As does, say, Ayaan Hirsi Ally. Anyone who has at all considered scriptural Islam knows that it is a poison well. Why else would people need to be “deradicalized”, exorcised of its pernicious possession, if it were not? Kassam describes it as “evil.” And he is right. But truth doesn’t count.

Brad Norrington (badged as associate editor) writing in The Weekend Australian on August 10 describes Kassam as a “British far-right activist.” Nigel Farage is far right. Any commenter or politician who criticises Islam or who extols the nation state (e.g. Marine Le Penn or Geert Wilders) is defined as being far right. I think it is time to embrace the term.

Just as we embraced “deplorables” and “irredeemable(s),” so must any conservative with an ounce of integrity and courage embrace being far right. I am far right. The spectrum has moved so far left in our institutions, in our media, in our corporate world, that I have become far right by default.

So, what does it mean to be far right? This is some of what it means to me as a conservative:

It means understanding that the nation state and its secure borders stand between us and tyranny.

It means being sceptical of the benefits of multiculturism. Our Judeo-Christian Western culture is better than any other by a country mile. It gives us our freedom and our prosperity. I have contempt for those who espouse open borders because they threaten the lives of my grandchildren. At the same time, immigrants who can bring benefits to the nation state are welcome. They can bring their skills, their food, their dancing, their funny ways — but not their clashing values.

It means honouring the role of the family and fighting against forces which seek to undermine it. Think of gay marriage and sowing gender dissonance in children.

It means valuing life, which also means understanding that the pregnant mother and the child she is carrying are separate lives. They are two not just one. This doesn’t at all end the conversation about abortion but it must form part of it.

It means believing in free speech and supporting my right to be contemptuous and insulting in speech and in writing of those who favour open borders. Of course, such rights are reciprocal.

It means believing in the great benefits of the free market but not in having our industries and the communities they support hollowed out, as collateral damage, by so-called free trade agreements or by predatory behaviour on the part of trading partners.

It means being constantly on the alert for scams meant to scare us. As American writer H L Menken put it in 1918: “…the whole aim of practical politics is to keep the populace alarmed (and hence clamorous to be led to safety) by menacing it with an endless series of hobgoblins, most of them imaginary.”

I am perfectly willing to debate the latest alarm, the threat of global warming, in a civil manner. But I have contempt for those who persist in advocating useless and impoverishing ways to combat the problem, real or imagined. And, it is beyond me not to have contempt for those who use (abuse is a better word) a young girl, Greta Thunberg, who was aged just fifteen years when it started, to sell their bill of goods. They are shameless. It is disgusting.

Incivility and contempt are sometimes needed. Try being civil and nice to a thug in dark alley who wants your money. And, remember, he only wants to take your money not your whole way of life.

Love in the age of choleric