Quadrant has acquired the performing rights to the History Wars.

Why not? Stuart Macintyre and Anna Clark own the fiction rights. Their novel, The History Wars: a fantasy (MUP), was critically acclaimed as the best Australian novel of the decade for its prize winning poor writing, unbelievable characterisations, debilitating dullness, a bad beginning,  a lousy ending, and silly bits in between.

We’ve been choosing actors and, with Tracey’s help, have created a cast list to die for.

Conrad Veidt (reprising his role as Major Strasser in Casablanca) as Dirk Moses,

Barry Humphries as the Ghost of Manning Clark. 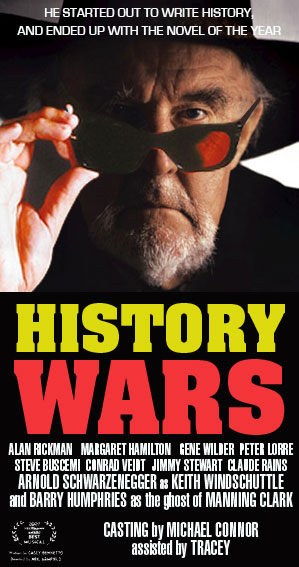 Charlton Heston as Rod Moran (who fired the first shot),

Production and direction by the Coen brothers.