Waiter, There’s a Flighty Lefty in My Soup 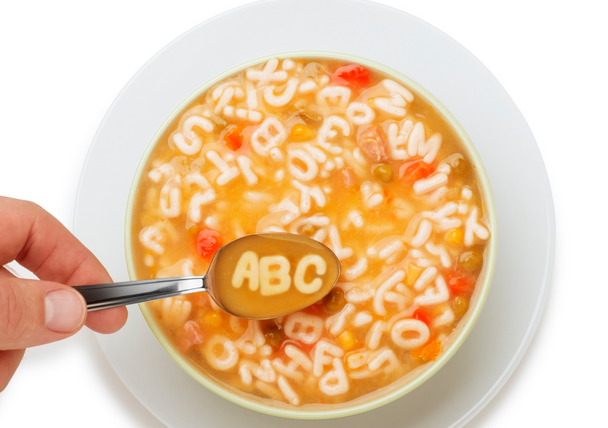 A funny thing happened to me at the pub not long after May 21’s election. I was having dinner with a friend and there was another couple, a man and a woman (can I even say that these days?),  at a nearby table. For some reason, probably to do with drugs and/or alcohol, the woman came over to our table, introduced herself and gushingly told us all about her life, her business and the various properties she owned. Apart from incorrectly assuming that I and my male companion ‘were an item’, her effusive barrage of interruptions to our meal was at the same time intriguing, amusing and yet mildly annoying. What was even more intriguing was that she mentioned with evident self-approval that she gets all her news, information and opinions from the ABC. “Isn’t it a great TV station!” she enthused.

As the rather lopsided ten-minute encounter progressed she also exclaimed, “Wasn’t it a great election result!”. When I replied, “Albo only got 32 per cent of the primary vote”, she responded with a quizzical look and “Are we on the same page?” I replied with a smile “probably not”.

“Well you can f*** off then,” she snarled before stomping away. Did I ask for any of this with my pub dinner?

Clearly I was not the comrade-in-arms with whom she fancied waxing lyrical, another connected soul fighting the good fight. While taken aback by the vehemence of her dismissal, I wasn’t too surprised. For the most part, while conservatives are happy to discuss and debate, perhaps eventually agreeing to disagree, socialists are not. It’s either their way or the highway, and soon after, the firing squad. That’s the real difference. Those of the Left are so self-assured in the belief their ideological worldview is beyond challenge, and its necessary implementation upon the entire populace long overdue, that everyone else has to be wrong — and not just amicably wrong but disagreeably in error and therefore deserving of punishment. As has often been said, the Right thinks the left misguided but capable of being brought unto the light by the application of rational argument and ;patience. The Left, by contrast, believes the Right is flat-out evil and must always be treated as such.

Ideally, democracy finds its basis in facts and in truth, not in mind-numbing propaganda, but what is dished out to us now, through both the mainstream media and our crumbling education system, is propaganda driven and inspired by ideology. I never thought to see the day when direct, straight-out lies would be told on the nation’s principal taxpayer-funded television news network. Alas, such instances are par for the course.

It’s not the news presenters themselves who retail the lies, most of the time anyway. Rather, it’s the people they choose to interview who do the dirty work for them. Take Graeme Innes, the former Disability Discrimination Commissioner, who stated on ABC News24 in late April that “there is no scientific evidence at all that trans women have any advantage over other women, and if they do it’s only because they might have bigger hands or bigger feet, which is the same as any advantage that any other woman might have”! My jaw fell to the floor.

Innes’ statement is the exact opposite of all the scientific evidence which does in fact exist, contrary to his blanket denial. Has he never heard of testosterone? Mr Innes denies what all reasonable people know — that ‘trans women’ have a significant biological advantage over biological females in the swimming pool, on the pitch and in all the other fields of athletic endeavour. Yet the ABC allowed Innes’ nonsense to go to air unchallenged. How does the national broadcaster continue to get away with presenting unchallenged a point of view at odds with the facts while also denying air time to all and any who would refute it?

Another whoppa being peddled by all and sundry at the moment is the one about Aborigines having “the oldest living continuous culture in the world”. The promoters of this line — our new PM prominent amongst them — seem oblivious to the irony that it would be equally true to say it is a culture which made remarkably little progress, if any at all, over that extended period. As Keith Windschuttle notes today, Aboriginal ‘culture’ of today bears no resemblance whatsoever to what it was 250 years ago (and thank goodness for that). Most of what passes as Aboriginal ‘culture’ is in fact the creations of the last 50 years. Yet these lies continue to feed the likes of our garrulous fellow diner who, as an avid ABC fan and devoted Q&A watcher, boasts that she cannot get enough of that stuff. I’m guessing it makes her feel so warm and good to be inside the cubbyhouse with all the other correct thinkers, her kind of people.

Something that continues to elude me and other conservatives alike, and to defy any explanation at all, is why the Coalition over the last nine years made no attempt to stop or at least balance the taxpayer-funded myths about gender, Aborigines and climate peddled so relentlessly by the ABC and SBS? Why, if only by neglect, did the Abbott/Turmbull/Morrison governments foster and perpetuate the spread of misinformation and division? While many seem fully aware of the Labor endorsement of all the above-mentioned scams, the Coalition will stand condemned for doing nothing but write the cheques that have sustained the flood of false-but-approved narratives.

Who will clean up the mess and when? Or is it now too late for that?

Dr David Barton (a white Celtic-Irish man) is a writer, researcher and social commentator who lives in Central Victoria

24 thoughts on “Waiter, There’s a Flighty Lefty in My Soup”