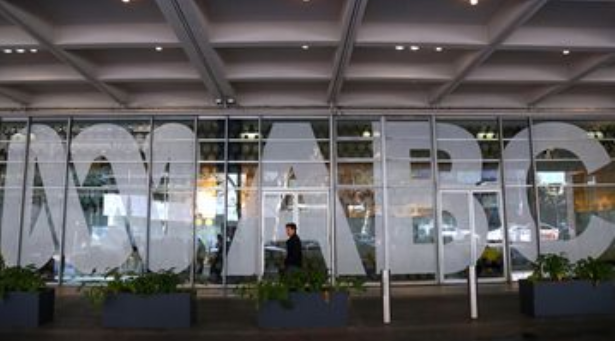 I’m a big-time ABC radio consumer: Classic FM, The Country Hour, Roy & HG and Grandstand but feel let down by their flagship news programs for a lack of forensic objectivity. In regard to ABC Television, it used to be our default station but I can’t remember the last time we watched. Charges of bias at the ABC are legion and, as a scientist I couldn’t help myself and gathered data to test these charges: qualitative data on how interviews are set up and quantitative data on how the Sunday flagship program, Insiders chooses, its panellists.

These views need to be maintained and are underpinned by ABC unit operations: pleasant interviews for aligners (daren’t interrupt Ms Wong, can’t interrupt Ms Keneally) while those in the cross hairs get the “When did you last beat your grandmother” treatment. ANU microbiologist Peter Collignon copped it recently. Fran Kelly skewered him with Perth GP Andrew Miller’s comment that the Infection Control Expert Group (ICEG, of which Collignon is a member) “was grossly negligent and to blame for the infection of innocent people”. Collignon tried a reasoned, risk-based response, only for an increasingly querulous Kelly to cut him off on twelve occasions. It was a typical high heat-no light interview; was its purpose to punish Collignon for appearing regularly on Sky After Dark? Below an excerpt from that interview:

Fran Kelly: [Interjecting] Do you think it’s important to have national guidelines on ventilation in hotel quarantine?

Peter Collignon: Yes, I do. I think it’s a very good idea. But just –

Fran Kelly: [Interjecting] So why don’t we have it?

Peter Collignon: Well, the group I’m in answers actually to the chief health officers who make that decision. But my own view –

Fran Kelly: [interjecting] But aren’t they coming to you for expert advice, wouldn’t they be wanting expert advice from you on that?

Peter Collignon: So I do, I fully agree that for ventilation, we need actually clear guidelines about [hotel] corridors in particular. And we need expertise from a number of groups. So the principle –

Fran Kelly: [Interjecting] Shouldn’t your group lead the way? Your group is the group where the AHPPC takes their advice that advises the national cabinet, shouldn’t you lead the way? And will you recommend that the expert group comes up with some kind of national guidelines, national standards?

The pile-on is another preferred modus operandi: first, the ritual belittling interview of the fall guy, then follow quickly with the demolition interview, and finally bring in the finisher (the ABC fave du jour). The proposed Kurri Kurri gas/hydrogen plant coverage was typical: belittle Angus Taylor, then quickly follow with the demolisher (Investor Group on Climate Change), whose most recent financials, as filed with the Charities Commission, can be read here)  and top it with the finisher (the AFR‘s Phil Coorey). Then run it on every news bulletin on every station: a phalanx of lazy, partial, incurious, non-forensic interviews. It’s the ABC norm.

The Insiders under new broom David Speers (touted by the ABC for “his inimitable interview style and forensic analysis”) has three panellists each week and I logged all 62 editions from February 2020 to May 2021 to establish how wide was the gene pool.

Most favoured were Patricia Karvelas (ABC) with 11 appearances, David Crowe (SMH) and Katharine Murphy (Guardian) on 10, the AFR’s Phil Coorey (9) followed by Niki Savva, the Saturday Paper’s Karen Middleton and ABC’s Andrew Probyn (all 8). Assigning Niki Savva and Peter van Onselen was a problem – they have weekly columns in The Australian, but very much align with the ABC. To avoid controversy I treated Ms Savva as independent and van Onselen as Channel 10, after all he is their political editor.

Why the disparity? It can’t be based on readership. According to Roy Morgan Newspaper Readership (December 2020) Nine Entertainment newspapers (Age/SMH/AFR) readership (1.9 million/week) is about half that of Murdoch’s (3.6m/week) but supplied twice as many panellists. Karen Middleton (Saturday Paper 0.2m/w) appeared more often than The Australian’s Greg Sheridan, Simon Benson and Rosie Lewis combined. The Guardian was easily the major contributor with 29 (15.6%) of panellists despite having only online readership (newspapers have both print and online readers). The Guardian’s dominance is further boosted by its eternal ownership of the Talking Pictures franchise on Insiders.

Why were only five News Corp journalists (Campbell, Smethurst, Benson, Sheridan and Lewis) among the 42 panellists – is it because they happen to be curious and might unload alternatives to the ABC zeitgeist? Think Chris Kenny exploding bush fire myths; Shari Markson exposing China (bioweapons); Andrew Bolt pacing out St Patrick’s Cathedral to show Pell couldn’t possibly be guilty; Peta Credlin digging out the critical six minutes of phone logs in the Victorian hotel COVID fiasco. That’s what all journalists should do, but can you imagine the ABC’s finest getting off their doctrinaire chuffs?

Why are ABC journalists universally of like mind? Is it that their wicket is so good: long summer breaks, public and school holidays? Plus for the elites like Kelly, Sales and others a four-day week and ministerial-level (maybe even prime ministerial) salaries? For that kind of deal who wouldn’t “align” and keep a straight face when bias is mentioned. As Rampaging Roy Slaven says every Saturday: “Make of that what you will!”

Dr John Sumner is a microbiologist specialising in food safety and risk assessment for industry, governments and the United Nations

16 thoughts on “ABC Bias and the System Sustaining It”

The Media is the Massage