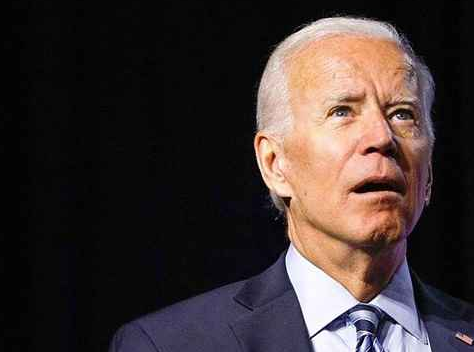 Joe Biden is dead. He died in his basement six weeks before the 2020 US presidential election in the presence of son Hunter, who had sold his sold his own soul to China and completed the family’s alignment with Beijing by donating his father’s body to the cause of President Xi’s globe-girdling ambitions.

Apparently, a Chinese scientist by the name of Wu Han Floo, a virologist (the same genius who  developed a range of ‘shedding virii’ aimed at culling weak humans and hobbling irrational democracies) had also engineered a ‘zombie virus’ which could be activated and directed by a computer chip inserted in the little that remained of Biden’s brain. Controlled by a supercomputer based in Bejing, the zombie candidate, after a few slip-ups with stairs and slurred words, was soon talking, albeit with the odd glitch that sometimes froze the speech software as his eyes dimmed to default pools of blank incomprehension. Still, there was much in which the svengalis of Beijing could take pride. “Did you see how we made him run toward the microphone, as if he were sentient and alive?” a Chinese Official was heard to say. “ Dead man running,” quipped a comrade and the whole room laughed

After 100 days of their golem occupying the White House, his Chinese handlers were beyond ecstatic. Already they had seen their creation open the US southern border to facilitate a mass infiltration of criminals, the odd terrorist, cartel drug runners and future Democrat voters.

The Biden zombie had earlier managed to set black Americans against white ones to such a degree that  ‘Defund the Police’ had become a national catchcry. His vice-president, who needed no re-programming,  even released a video exhortation for all good Americans to donate generously to the Black Lives Matter bail fund.

Black criminals offered their lives, daily, to die on camera at the hands of the police, thereby furthering the racial divide and guaranteeing multi-million dollar payouts to their kin. Meanwhile, white people were reported by mainstream and social media to be eating black children on racialist feast days, Donald Trump’s birthday and other celebrations of pale people’s supremacy.

A staged attack on Capitol Hill — captured on video by an undercover Antifa activist at the forefront of the mob — had been sold as a right wing ‘insurrection’ and provided a rationale for Justice Department raids on the homes of prominent Republicans. Many Americans were too preoccupied to notice, wandering around in a semi-psychotic state while wondering if they were men or women. Statues were being destroyed, cities were burning and looters given the softly-softly treatment by the police, who knew better for the sake of their careers than to intervene too strenuously in the oppressed classes’ ad hoc quest for social justice, reparations and cost-free cool sneakers.

Teacher unions had refused to open schools during the China Virus pandemic, so an entire generation of the enemy’s children were growing up even more stupid than their ill-educated parents, beset by family breakdown, gender confusion and sexual orientation. White students who had no truck with white supremacy were nevertheless in peril on university campuses, where the demand for evidence of racism outstripped its supply by an order of magnitude. Not to worry, reporting a hoax involving a notional noose or alleged MAGA-hatted attackers did just as well for the media. There was, the hacks also reported, an epidemic of sexual abuse and violence against women for which Trump was undoubtedly responsible — so much so that when a White House aide was fired for domestic violence the 45th president had to deny on the record that he in any way supported wife-beating. In further news that gladdened hearts in Beijing, one American child in two did not have a father living under the same roof, with welfare cheques now going by name of ‘Daddy’.

The Congress was too busy to notice, its attention occupied by securing a six trillion dollar loan to fund green energy, cars that run on phlogiston and rubber bands, and windmills and solar farms to mince or fry birds and bats in their hundreds of thousands while carpeting productive land with Chinese-made turbines and photovoltaics.

The zombie President wasn’t programmed to care for our feathered friend, the focus of his software being on increasing taxes and, by a much larger degree, spending. His Chinese programmers were rather keen on the inevitable tsunami of inflation that would, sooner or later, dis-employ half the US working population. It was an encouraging sign that the population had submitted with so little protest to being  masked and chained in their homes without work or income and fully at the mercy of a government growing in size with every passing day. There would be no Hooverville riots spawned by broke and angry citizens when the chickens of the zombie President’s profligacy came home to roost, not with docility, fear and acceptance the new norms. If the hoi polloi needed a reminder of how much the State had grown, all that need be done was direct its attention to Washington, where Congress was protected from its voters by high fences and armed troops. In China, they pictured Jefferson, Lincoln and the all the Founding Fathers rolling in their graves and laughed themselves silly.

Now, all the pieces being in place,  it is almost time for a full frontal invasion of Taiwan. Confidence is high the zombie President will do nothing to support a vibrant Asian democracy. Why would he, given the success his programmers and allied US media platforms have enjoyed in denying and suppressing democracy in the US?