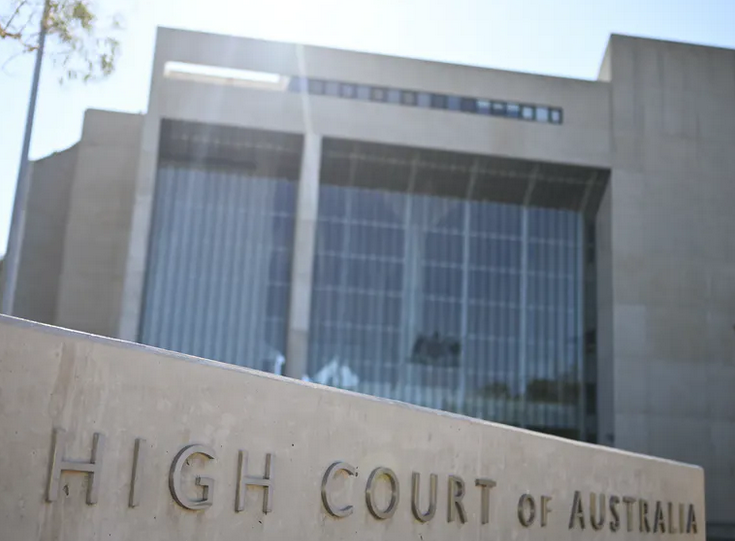 I was in the High Court on Wednesday (June 23) to support Dr Peter Ridd and his fight for academic freedom. The decision is expected to be handed down in a couple of months, and there is no way of knowing which way it will go.  However, readers may be interested in my observations.

But first a caveat. While I speak Spanish reasonably fluently, albeit not idiomatically, I find it difficult to understand when attempting a native speaker.  I am able to pick up enough from time to time to get the general drift, and it was much the same with the language of the law in Court One on Wednesday.  So, my observations on how the hearing went should be taken as an interested observer, not those of a legal analyst. Nonetheless, readers may be interested to hear my impressions.

A panel of five justices heard the case – Chief Justice Keifel and Justices Keane, Gageler, Edelman, and Gordon.  Gordon and Edelman were the most active in posing questions, particularly in the early stages.  They grilled Stuart Wood QC, representing Dr Ridd, fairly comprehensively.  Wood appeared to be on top of his brief and was able to provide answers, convincing to my mind. 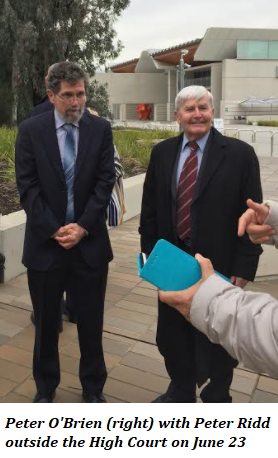 Brett Walker, representing James Cook University, was subject to fewer questions and, for much of his argument, struck me as spouting learned waffle. Following arguments by both sides, Wood was invited to respond, which he did very strongly.  Were this a boxing match, I would give it to Woods on points. But then I would say that.

Speaking after the proceedings, Peter Ridd told me his team went into the hearing cautiously optimistic and finished the day in much the same frame of mind.

The case turns on two points.  Firstly, did Dr Ridd breach clause 14 of the university’s code of conduct in exercising his right of academic freedom?  As I understand it, there was common ground that Ridd had not vilified, intimidated, bullied or harassed his colleagues (expressly forbidden under the code).  Therefore, he did not breach the code of conduct.  So, the question comes down to whether or not he disrespected of his colleagues and, in exercising his rights,  infringed their (unspecified) rights) in some indeterminate way.

As Ridd points out, how is it possible to tell someone their work is shoddy or fraudulent without them feeling offended, humiliated or whatever – no matter how politely you express it?  JCU objected to the fact that Dr Ridd made his accusations public, rather than doing so collegially, rather than keeping them within the confines of the university.  As an aside, it seems to me that if academic freedom is to mean anything it must include the freedom to go public with one’s findings. Publicly funded research belongs to the public that funds it.

The second major issue was that Dr Ridd breached confidentially provisions not reveal the details of disciplinary proceedings conducted against him.  As I understand it, this was a main, but secondary, reason for the dismissal — this non-disclosure requirement.  Stuart Wood strongly made the point that if the High Court found that he had not breached the code in respect of expressing his honestly held opinion, then any confidentiality provisions would then automatically become unviable, not least because they might be used to conceal wrongdoing.

At one stage, Brett Walker, made the point that the university had the right to protect its reputation and that staff are obliged to contribute to this aim.  I thought that point played more in favour of Ridd than JCU, particularly when Walker conceded that a good reputation must necessarily be deserved.

Perhaps the most telling question came from Justice Edelman, who asked Walker if the logic of his case would lead to a chilling effect on academic debate.  Walker responded that ‘one person’s chilling effect may be another person’s reasonable restraint.’  To me that is the defining question.

I am sure all Quadrant readers will join me in hoping for the right result, not just for the sake of Peter Ridd, but for the future of two principal foundations of our Western society: academic freedom and the good sense of our courts and judges.

Bill of Rights, Bill of Goods