Their ‘Truth’ is the Agenda, Facts go Hang 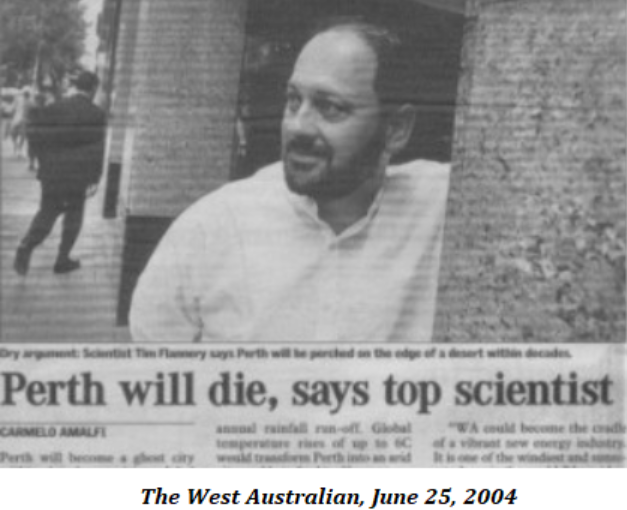 I was searching around to find instances where the masterminds who make up the green-left had suggested, in their usual loopy manner, that climate inaction by the previous government had caused bushfires and floods. Instead, I happened on an open letter to Tanya Plibersek from the Climate Council, dated August 31 of last year. Risible at one level. At another, it’s yet another demonstration of the tendentious codswallop which has apparently won the battle of ideas in the infantile and destructive age within which we are now doomed to live.

The Climate Council arose out of the ashes of the Climate Commission, which Tony Abbot sensibly disbanded in 2013 as a superfluous blight on sane debate. Apparently, crowd funding helped to give the old commissioners, or whatever they called themselves, a continued gig. Unlike old soldiers, old climateers refuse to do us a favour and fade away.

The Climate Council councillors are not self-effacing, as I will show. Neither is the Council. Wikipedia describes it as, “Australia’s leading climate change communications non-profit organisation formed to provide independent, authoritative information on climate change and its solutions to the Australian public.” And I look like Brad Pitt.

Next to the Council’s fanciful vision “that by 2025 Australia’s emissions are on a steep downward trajectory with projects and policies in place to see us cut emissions by 75% by 2030 and achieve net zero by 2035.” Let me repeat that, so that its absurdity can be savoured, net-zero in twelve years’ time. By the way, forgot to mention, Professor – even the rain that falls isn’t actually going to fill our dams – Tim Flannery is Chief Councillor. First among equal climate catastropharians, as it were. 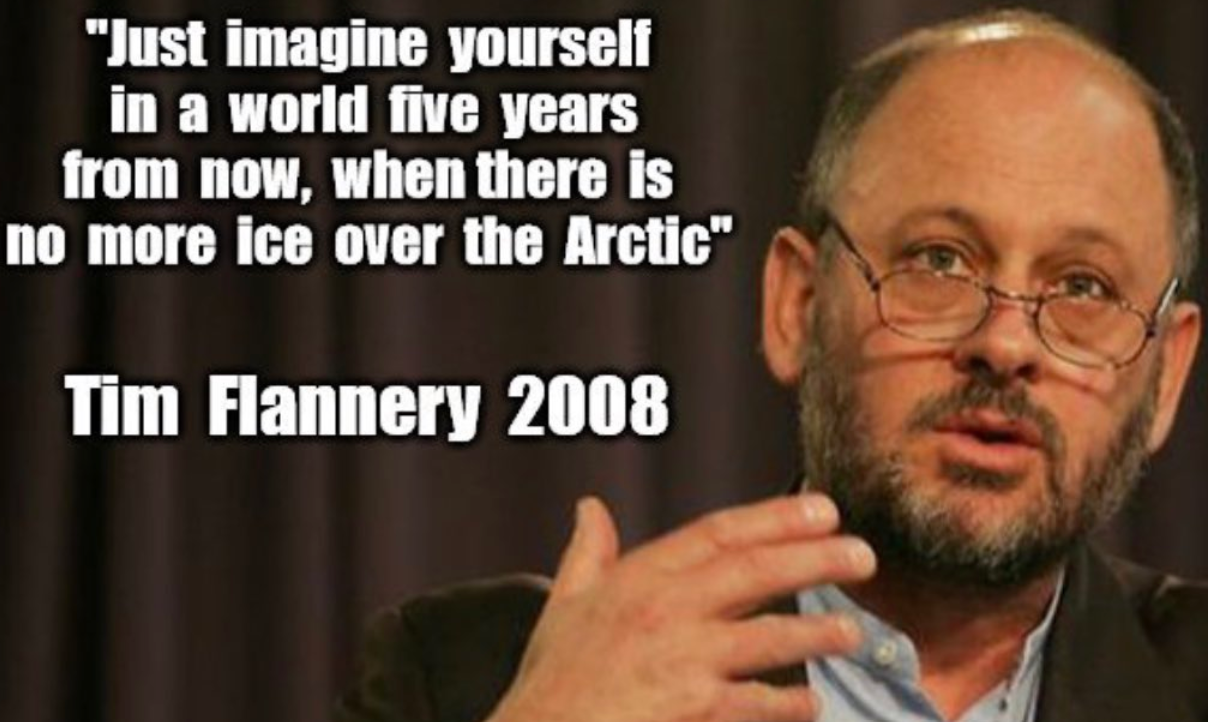 To the letter, signed by Flannery and another 81 (on my count) others. It reminds me of Einstein’s retort about the book, One Hundred Authors Against Einstein, published in 1931. When asked to comment, Einstein reportedly replied to the effect that to defeat the theory of relativity one did not need the word of 100 scientists, just one fact. One fact, you’ll notice. Not a factoid. Not a tendentious proposition masquerading as a fact.

The 82 scientists who assert nothing less in their letter than they are “pre-eminent” (i.e., surpassing all others), also assert that their research is founded on “expert analysis, data and rigorous examination of the facts.” Really? Facts and the 82 are not in the same ballpark.

It’s the same tired old deceptions. “Megafires, ocean heatwaves and acidification, extensive coral bleaching, drought, and extreme rainfall and flooding,” are cited as “the scientifically predicted impacts of climate change across the country.” I don’t want to talk about oceans becoming less alkaline, it’s beyond my pay grade. But this chapter, from an IPA publication, by Dr John Abbot and Dr Jennifer Marohasy, injects a much needed balanced scientific and historical perspective into the ocean of hyperbole surrounding the misleading term ‘acidification’. In general, it can be safely said, there has been no recent extreme weather-related event that has not been bettered, or should I say worsted, in the past; well before climate change was a gleam in Maurice Strong’s eye.

It’s hard to know where to begin. Well, no, it isn’t. Extreme rainfall and flooding, we are told, is a scientifically predicted impact of climate change. Yet in 2007, the then Australian of the Year told us that even the rain which falls wouldn’t fill the dams. Bit of a contradiction there. Don’t you think? You may recall Dr David Viner, of the University of East Anglia, being equally prescient when predicting in 2000 that within a few years “children [in the UK] just aren’t going to know what snow is.” Apropos the Daily Mirror on December 12, 2022: “Everywhere it’s snowing in the UK right now as wintry blast blankets Britain.” Why, why does anyone listen to these people?

Chris Kenny does a good job of putting recent extreme weather events in historical perspective. Here he is in December commenting on the Prime Minister invoking climate change to explain the floods when visiting the Riverland region in South Australia.

The river flow levels are yet to reach the levels seen almost 50 years ago in 1974, still a long way short of the massive flood of 1956 – that was 66 years ago – or the big 1931 flood of nearly a century ago. Yet the Prime Minister turns history and these facts on their head to pretend this proves things are now more extreme than they used to be.

As are the 82. As do all whose ‘truth’ is formed not by facts but by their climate agenda. Query: if they are right why do they have to make things up?

A bit of potted history on floods and droughts. From The Maitland Daily Mercury dated June 18, 1930:

…a catastrophic flood swept through the New South Wales town of Gundagai … The disaster is still the deadliest flood in Australia’s recorded history.

How about droughts? Again, from the National Museum:

The Federation Drought from 1895 to 1903 was the worst in Australia’s history, if measured by the enormous stock losses it caused… South-Eastern Australia experienced 27 drought years between 1788 and 1860, and at least 10 major droughts between 1860 and 2000.

How about cyclones? Here you’ll find a graph I constructed for a blog on another site. This shows a downward trend in the number of cyclones in the Australian region since 1971. And the number of severe hurricanes north of the equator has fallen too. How about that bottomless sink, forever sucking in taxpayers’ money for so-called research, the Great Barrier Reef? Never been healthier. I’ll end there.  However best to realise: the fact is, facts don’t matter anymore.

To the Climate Council and its ilk; to the Greens, the Teals and to leftists generally, it’s their agenda that matters. And their agenda has swept all before it; all but buried the truth. It’s a waste of time setting out facts. Chris Kenny and Bjorn Lomborg might as well howl at the moon. Still, gotta keep howling. 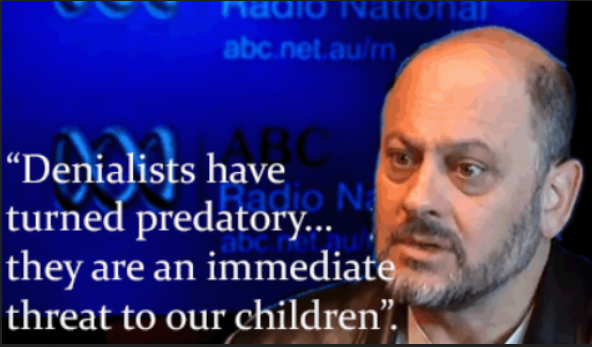 ON JANUARY 2 my local newsagent RAN out of copies of The Australian. I wanted to sip my coffee and read my paper in the nearby café so, in desperation, bought a Sydney Morning Herald rather than go farther afield. Inside was one of those flashbacks; this time to 1956. “Fifty houses at Kurnell are in danger of toppling into the sea,” it read:

Huge seas at the weekend, for the second time in seven months, tore away sections of the seafront. One hundred yard long sections of Prince Charles Parade have fallen into the water and the seas have reached the front fences of some homes.

Mr Ted O’Connor of Prince Charles Parade, said, people in scores of homes in this street are living in fear of each heavy sea.” And all of this without a mere mention of climate change?

Can you imagine anything like that happening now without it being pimped as rising sea levels caused by climate change? Anti-science mendacity now dominates the public square; not to forget, aided and abetted in the past three years by tyrannical COVID hysteria.

Can someone please explain why the times in which we live can’t be fittingly labelled as a resurgent Dark Age?

25 thoughts on “Their ‘Truth’ is the Agenda, Facts go Hang”

A Drought of Common Sense