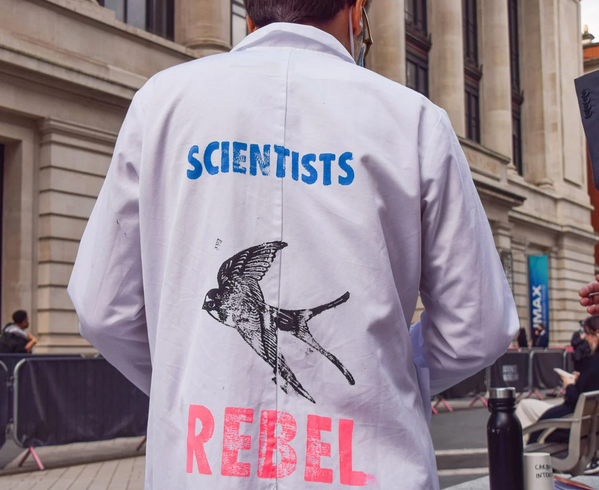 Some stories I come across are so weird that I don’t know how to write them. No-one will believe I am serious. For example, in 1974 I attended a talk by Australia’s Deputy Prime Minister Dr Jim Cairns at the ANU in which he called for the abolition of money and for Australia to return to barter along pre-Sumerian lines. He was in love at the time with a stunning Eurasian lass. I’m sure the Treasury and Reserve Bank were not in favour of a barter economy. It was 39 years before I mustered the chutzpah to actually report on Dr Jim’s proposal.

These days “climate science” has equivalent oddities. Try page 1 of the PhD thesis of psychotherapist Dr Sally Gillespie, of Psychologists for a Safe Climate. It’s about the dream that turned her into a climate activist:

It’s the end of the world through climate change. Whole continents are sinking beneath the sea as water levels rise. Millions of people are attempting to cling to the shore, and to their lives, fruitlessly. At one stage I swing in the air clinging to a rope as land masses shift around beneath me. At another stage I cling to the shore line and a poodle swims up into my arms. I steal biscuits for us… I know billions must die and only tens of thousands will remain… The air is running out, death is close.

These examples help me now to write about the recent peer-reviewed climate paper of three senior Australian-New Zealand climate professors titled “The Tragedy of Climate Change Science.” It’s in the learned journal Climate & Development and has undergone the rigours of peer review.

What’s in it? The professors call on their fellow climate researchers to go on strike from climate doomism and also scuttle the plans for a Seventh IPCC Report. This strategy, they imagine, will force Western governments to stop their shilly-shallying about emissions and finally get serious about the Year Zero agenda – not that China, India and Russia would cooperate. As winter looms, Germany and the UK are frantically back-pedalling to fossil fuels, so our Antipodean climate savants must be crying themselves to sleep.

The paper has been accessed at least 32,000 times. Moreover, Professor Glavovic was coordinating lead author of the sea-level chapter of the IPCC’s Special Report on the Ocean and is lead author in the IPCC Sixth Report. IPCC authors seem to moonlight as activists.

Tim Smith, of our sparkling Sunshine Coast, is also an adjunct professor at Brock University (Canada) and a Senior Research Associate at Uppsala University, Sweden. He’s an ARC Future Fellow and on the steering committee of the green/left Australian Academy of Science’s even wackier Future Earth Australia affiliate. Incidentally, my perusal of Sunshine Coast University’s climate content for local teens has left me with post-traumatic stress disorder (more on that later).

The third author Iain White at Waikato Uni explains that “he is committed to engaging beyond the discipline to researchers, practitioners and communities to generate real world impact”.

You’re muttering by now, “Stupid Tony Thomas, making up stuff again.” But pasted here is the paper’s conclusion, verbatim but with my emphases (throughout this essay):

Climate change science is settled to the point of global consensus. We have fulfilled our responsibility to provide robust knowledge. We now need to stop research in those areas where we are simply documenting global warming and mal-adaptation, and focus instead on exposing and renegotiating the broken science- society contract. The IPCC’s 6th Assessment will be completed in 2022. Will the response to this assessment be any different to the previous five assessments? Nothing indicates that this will be the case. In fact, given the rupture of the science-society contract outlined here, it would be wholly irresponsible for scientists to participate in a 7th IPCC assessment.

We therefore call for a halt to further IPCC assessments. We call for a moratorium on climate change research until governments are willing to fulfil their responsibilities in good faith and urgently mobilize coordinated action from the local to global levels. This [third] option is the only effective way to arrest the tragedy of climate change science.

The three options we set out here are either untenable or unpalatable. Readers may well agree with the nature of the tragedy of climate change science outlined here but disagree with our analysis of viable options. Some may want greater detail on what a moratorium could encompass, or argue for expanding traditional forms of advocacy.

Equally, while some may see the third option [strikes] as damaging the credibility and objectivity of the scientific community, we see this option as a new powerful possibility for scientific advocacy and a further means by which scientists can act in the public interest when all other avenues have failed. The moratorium will be hard, and there will be short-term pain for researchers, with an uncomfortable spotlight on the scientific community. Questions will be raised regarding whether it is our ‘duty’ to use public funds to continue to improve the state of climate change knowledge, or whether a more radical approach will serve society better? We argue that a critical juncture has now been reached for human and planetary well-being. Given the tragedy of climate change science outlined here, a moratorium offers the only real prospect for restoring the science-society contract. Other options are seductive but offer false hope.

I hope the three professors won’t also throw cream-cake at the Mona Lisa in the Louvre to raise awareness of climate doom.

The paper is short at 2300 words. I’m not complaining: Einstein needed only 760 words to wreck Newtonian mechanics. An elaborate diagram, with data from WWF shills, occupies one of their four pages. The professors explain:

Actually, it repeats six times that “the science is settled”. At one point it even says, “climate change science is settled and has been for decades” (p2). Wow, by 1991 (or maybe 1981), climate scientists had nothing left to learn about climate change. Any scientist saying that cancer research or earthquake research is settled would be fired, but not one of this paper’s 32,000+ readers has complained (or complained successfully) to Climate & Development.

The study was part-funded by the NZ Earthquake Commission. Under “Funding”, the paper also says, “Tim Smith acknowledges support by the Australian Research Council’s Discovery Projects Funding Scheme (Project FT180100652).”  This grant totalled $1.047 million but was for Australian coastal protection research. [2] Smith could have made a typo about Grant FT180100652 supporting his paper urging strikers to pressure governments. Smith and the ARC assessors can readily sort this out.

The authors have been conditioned by our catastrophist Will Steffen, Potsdam’s fanatics, and conspiracist Naomi Oreskes to imagine that  climate sceptics are members of Mike Myer’s “Dr Evil” crew striving to destroy the planet. They say:

Vestiges of inevitable scientific uncertainty are being exploited by ‘merchants of doubt’. This is a tragedy for humanity, for current and future generations, and for life on Earth. It is also a tragedy of and for science, especially climate change science.

Neither the authors nor peer reviewers do fact-checking. The authors say the 1990 First IPCC Report

concluded with certainty that human activities were substantially increasing the concentration of greenhouse gases and warming the earth’s surface (IPCC, 1990).”

Stop it there, professors, you’ve screwed up with certainty. The 1990 Report actually said the opposite,

♦ “The unequivocal detection of the enhanced greenhouse effect from observation is not likely for a decade or more”.[4] Section 1. Page 53.

♦ “Scientists working in this field cannot at this point in time make the definitive statement: ‘Yes, we have now seen an enhanced greenhouse effect.’” Section 8, Page 254. Part 8.5.

♦ “On the basis of this simple analysis alone we might conclude that detection [of the enhanced greenhouse effect] with high confidence is unlikely to occur before the year 2000. If stringent controls are introduced to reduce future greenhouse gas emissions and if the climate sensitivity is at the low end of the range of model predictions then it may be well into the twenty-first century before we can say with high confidence that we have detected the enhanced greenhouse effect.” Section 8, Page 253. Part 8.4.

Climate & Development might retract or withdraw the paper any time now. And professors, CO2 hypocrite Al Gore and high-school dropout Greta Thunberg have no credentials to be shouting about “the warnings of climate change science”.

Given that the strike is option Three, what are options One and Two? No. 1 is research as usual, to “stay politically neutral and avoid being policy prescriptive.” In climate science, that would never do, hence “Not tenable”.

Option Two (also not tenable): “Intensified social science research and advocacy on climate change” to deliver to the masses unreliable and expensive renewables. The professors bemoan that most of the delicious government funding is going to the hard sciences of climate, leaving the “political scientists, sociologists, economists, human geographers and the like” (and I assume themselves) to whinge in corners during Varsity House happy hours. That’s despite the social-science crowd heroically exposing all the fossil-fuel money allegedly pouring into denialists’ pockets, according to the professors. Strange that top sceptics like Paul Homewood, Joanne Nova and Anthony Watts rely on their website tip-jars.

Thus Option Three, the Great Researchers’ Strike, is to bend governments to their will. I assume the trio, as strike leaders, will cheerfully forfeit their $200,000 pay-packets (with packaging), 17% super, tenure and seventh-year sabbaticals. They do talk about “hard” times and “short term pain”.

Two centuries of burning fossil fuels and clearing land have changed our climate and produced largely irreversible and almost exclusively negative impacts on the environment and our wellbeing.

For a start, our extra CO2 has helped green the planet to the extent of 2.5 times the area of Australia. For seconders, rising agricultural yields and output, with CO2 help, have underpinned unparalleled living standards notwithstanding huge population growth. For other benefits, see here.

The course ends with Assessment Task 3:

In this simulation task, you will take on the role of Special Advisor to the Chair of the United Nations Framework Convention on Climate Change. You will be responsible for using actual global emissions data and the Model for the Assessment of Greenhouse Gas Induce Climate Change (MAGGIC) used by the IPCC to produce a plan for cutting global emissions … sufficient to avoid a 2C global average temperature change. The plan will include…strategies to address issues of equity, historic responsibility [of colonial imperialists] and future emissions growth; technology transfer and funding arrangements; and other features you see fit to include, such that it can be presented for discussion by 165 signatories to the UNFCCC at the next Convention of the Parties (COP) meeting. [What? The correct number of signatories  is 198].[5] Effectively, you will produce a plan to save the world as we know it.

Given a choice between the professors’ strike paper, enrolling at Sunshine Coast for climate brainwashing, or dreaming about poodles paddling around chasing a biscuit, I’ll take the poodles every time.

Tony Thomas’ essay collection “Foot Soldier in the Culture Wars” ($29.95) is available from publisher ConnorCourt. A new title, Anthem of the Unwoke —Yep! the other lot’s gone bonkers, is in production.

[3] “Covid-19 has provided a window of opportunity to restructure economies and budgets away from reliance on fossil fuels.”

[4] “Associations of locus of control, information processing style and anti-reflexivity with climate change scepticism in an Australian sample.”

[5]   Apart from all the scammers and swindlers: “Disclaimer   The UNFCCC secretariat has become aware that certain admitted observer organizations are using commercial business model packages to solicit business. As an inducement to sell these packages, potential clients are assured participation at UNFCCC conferences, sessions and meetings through quotas of admitted observer organizations. The UNFCCC secretariat would like to make clear that it does not endorse such practices nor does it charge any fees for participating…”

19 thoughts on “Go Ahead, Climate Scientists, Make Our Day”

The Thompsons go to Canberra – 2