When Climateers Let the Truth Slip Out 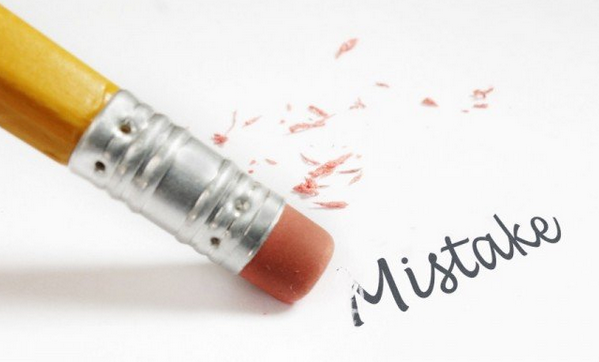 One of the anti-science techniques used by climate catastrophists such as the green-Left Australian Academy of Science, the ABC and the Climate Council is to suppress information about the benefits of actual and future hypothesised global warming.[1] It’s hardly surprising that the media’s partisans follow suit as they churn out their climate doomsday pieces.

However there is one mainstream exception – sorry, make that “was” – over at the BBC. The BBC has an education portal called BBC Bitesize with pages for Year 10 high-schoolers facing geography final exams. One page laid out the benefits of global warming additional to material on its harms.

A lot of British high-school kids have been working from home during lockdowns and probably some green-minded parents noticed this page and went into hysterics. Their meltdown – backed by media hacks – turned the BBC to jelly. It leapt to remove the naughty page.

I’d give you the link to it but it’s gone to some electronic graveyard. A report in The Guardian on July 2 provides the gist. The page told kids that warming “could lead to healthier outdoor lifestyles” for example. Australians might scoff but keep in mind that the British outdoors is not a user-friendly environment in the depths of winter.

Another stated benefit: easier access to oil in Alaska and Siberia. That’s a little esoteric but for sure, the world needs a lot more oil, and more warmth up there would help the drillers. There is a faint suggestion – maybe I imagine it – that kids are to think immediately of environmental degradation and polar bear cubs covered in oil sludge.

The Guardian report continues that the BBC positive script included the ability to one day grow more crops in Siberia, plus new shipping routes created by melting ice, and more tourist destinations.

Again, this list is a bit weird in mixing profound and trivial benefits. The food-growing potential of warmer climates is simply enormous and an answer to problems of population growth for centuries to come. Against that, a tad more northern shipping routes is small beer. So is geriatric retirees like myself packing bathers for a cruise to Sauðárkrókur or Egilsstaðir in Iceland. I suspect The Guardian’s reporter Helena Horton cited minor benefits and ignored major ones.

The BBC switchboard lit up with outrage and backlash from those offended by educative wrongthink, with the Guardian’s iconic catastrophist George Monbiot and Extinction Rebellion at the fore. The BBC grovelled that it had “reviewed the page and are amending the content to be in line with current curricula”. Mr Monbiot tweeted: “This is what @bbcbitesize is teaching our children about climate breakdown. I’m sorry, but it’s an absolute disgrace. You could come away thinking: ‘on balance, it sounds pretty good’.”

Extinction Rebellion’s south-east group, quoted by the Guardian, said: “GCSE students, young people, those facing future disasters, deserve better than to be judged on questions which warp and distort the truth.”

Stuart Lock, the chief executive of Advantage Schools trust in Bedford, said the advice was “flat wrong, doesn’t align with the national curriculum or exam specs, and needs reconsidering. Climate change isn’t a ‘both sides’ argument.”

The exam board, Eduqas, said the information was not taken from its curriculum, adding:

Within our GCSE geography specifications, we examine the consequences of climate change and its respective impact on our planet. As part of our courses, we also ask students to explore opposing attitudes to climate change. However, we do not advocate a positive viewpoint on this topic.

The resources developed by BBC Bitesize were created without any involvement from our geography team, therefore do not accurately reflect the content of our specifications.

There was another, earlier move towards objectivity by the Scottish Exam Board, which mentioned to the kids doing geography that there were some positives about warming (Scotland is even chillier than England). The positives were again the strange bedfellows of “improved crop yields” (tick) and the above-mentioned trivia like tourism to northern climes. The Scottish Greens Party arced up saying it was “deeply inappropriate” for kids to be given the pros and cons of warming.

Scottish education for centuries has been one of the world’s best and the examiners responded: “Analysing and evaluating a variety of views is essential to critical thinking.” Just imagine an Australian education board or teacher lobby (a) giving kids material deviating from catastrophism and (b) telling Perth-ghost-metropolis Tim Flannery and Senator Penny Wong to get stuffed when they complained. It’s quite simply unthinkable.

You’re probably wondering how the BBC has amended its global-warming impacts page. Here it is, all wrongthink removed and pathetic alarmist rubbish substituted:

Impacts of climate change in the UK

Impacts of climate change around the world

♦ diseases such as malaria increase, an additional 280 million people may be affected[9]

Like the ABC 99 per cent of the time, the BBC ruthlessly censors any views contrary to climate catastrophism, and grovels with shame when any sceptic talking point gets aired by mistake. The BBC’s outright and from-the-top lying on the topic can readily be documented.

The decption dates back to 2006, when head of news Tony Hall (from 2013-20 BBC director-general and now Baron Hall of Birkenhead) authorised a seminar to determine how the BBC should report global warming. The BBC described 28 outside advisers as “the best scientific experts”, and they briefed about 30 BBC officials. It was a major event. The BBC adopted the “science experts” case — i.e. that the science was settled and dissenters weren’t entitled to equal 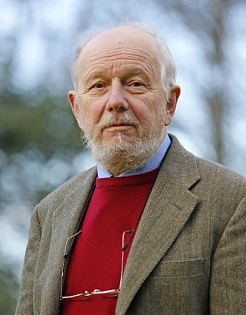 treatment. The seminar was one of a series that led to green views being incorporated in the gamut of BBC programming, even including entertainment and comedy.

A lone pensioner in rural West Wales, Tony Newbery (right) asked for the names of the 28 “science experts”. The BBC refused. Then, to fight Newbery’s freedom-of-information filings, the BBC at enormous public cost deployed two barristers and four solicitors to stall and keep the names concealed.

In 2012, a blogger discovered the list of names on an obscure internet file. Of the 28, only three were scientists, of whom only two were in climate. The rest were mainly green activists (including two from Greenpeace), plus vested business leaders and miscellaneous odd bods, such as someone from the US Embassy, of all places. In one of a number of further scandals, the BBC was caught running films made and supplied by green groups.

As for global warming’s benefits, a major study in 2016 by a consortium of international climate-orthodoxy scientists, including our very own CSIRO boffin Pep Canadell, found that CO2 increases in the past 30 years have greened the planet’s deserts to an extent equal to 2.5 times the area of Australia. The Arctic is among the beneficiaries. Even the ABC couldn’t ignore that bit of news. The implications are enormous in terms of extending wheat and crops into the vast Canadian-Siberian tundra.

Warming and increased CO2 fertilisation effects to date have enabled global food output and yields to outpace population growth, causing a continuous roll-back of populations suffering hunger. There is no indication that this trend is reversing.

The Australian Academy of Science would rather pick up a black snake than discuss any benefits of global warming. In its supposedly-definitive climate change booklet for kids, there’s a glum 2000-word section on warming’s impacts on Australia. Here’s a typical sample of the gloom:

Warmer temperatures may lead to an increase in diseases spread via water and food such as gastroenteritis… vector-borne diseases such as dengue fever, Barmah Forest Virus and Ross River Virus may expand their range… Extreme events also have psychological impacts. Drought is known to cause depression and stress amongst farmers and pastoralists, and this impact may increase over southern Australia as a result of climate change.

Note the scientific word “may”. I did find two glancing references to benefits:

Over the next few decades, some Australian agriculture may benefit from warmer conditions and from the fertilisation effect of increased CO2 in the atmosphere … If rainfall increases, climate change may continue to be beneficial for some agriculture.

No mention there of Australia’s actual data of record food production in the context of a past century’s warming. The Academy prefers fact-free forecasting that frightens the kids.

Meanwhile, more than 400 news outlets globally, with an alleged reach to two billion people, have signed a “climate emergency” pact to ratchet up the future-global-warming scare (truth immaterial) and suppress the contrary views. This shameful group includes seven Australian media outlets and 11 in New Zealand. The Australian Broadcasting Commission, while not a signatory, by policy ignores climate sceptical views. ABC reporters are to maintain “a balance that follows the weight of evidence”. These guidelines for staff imply that climate sceptics are akin to anti-vaccination nutters and 9/11 “truthers”.[10]

Getting back to the BBC, its Bitesize as of now has a climate change test for kids and it’s not too bad. I scored only five out of eight, but I blame the examiners for two questions being ambiguous or silly. The third question I did foul up, about short and long-wave radiation. Try it yourself.

UPDATE: A reader who saw the now-deleted BBC page and took notes writes:

Just as I thought, the Guardian reporter/activist Helena has trivialised the actual list of warming benefits originally on the BBC site.

Positive impacts from a warmer UK climate include:

# Higher year-round temperatures and longer growing seasons could mean that new crops such as oganges, grapes and peaches flourish in the UK

# Higher yields of many outdoor crops such as cereals, potatoes and sugar beet due to a longer growing season and higher temperatures

[1] By “anti-science” I’m referring to the dictum of Nobelist physicist Richard Feynman: “If you make a theory, for example, and advertise it, or put it out, then you must also put down all the facts that disagree with it, as well as those that agree with it.”

[6] They’ll have a century or two to adapt

[8] Or may not. Polar bears are thriving

[9] Or may not be. Malaria is a disease of poverty and deprivation, not climate. Cool Tudor England was riddled with malaria, then called “ague”. “How ‘scapes he agues, in the devil’s name?”  King Henry IV, part I: III, i

[10] Presumably the ABC puts such world-renowned climate scientists as Richard Lindzen and Judith Curry into the “nutter” category. Judith has more than 200 peer reviewed papers, mostly on atmospheric physics.

The Bill Comes Due for Renewable Energy