Real Power to the People of the Third World 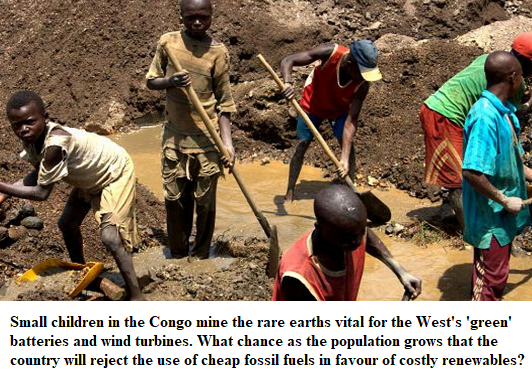 On the sixth day, God said: “Be fruitful and multiply, and replenish the earth, and subdue it” (Genesis, 1:28). We sure did: from two in the Garden to eight thousand million this year. Who can ignore a Divine instruction, or if you prefer, a biological imperative?

The ever-alarmist media, however, managed to do so. The Fourth estate was too busy wailing about “climate change” and the new government’s State of the Environment Report (SoE 2021) to pay much attention to World Population Day on July 11.

As for SoE 2021, “an indigenous co-authorship model” was used to ensure “indigenous knowledge, values and perspectives” were baked into it. After all, only a nitwit would deny “the role traditional knowledge has played in caring for Country in Australia for tens of thousands of years”, and of course “will continue to play in the future”.

Our culturel warriors are on a roll: rewriting history and speculating about the future is such fun. If only all the colonists, convicts and dregs of empire had stayed away, Australia would be an antipodean paradise today, perhaps the envy of the world, and not an ecological mess, at least according to this document.

Someone I know recently visited Canberra’s Museum of Australia.  Dismayed by the experience, he suggested:

It should be renamed the Museum of Indigenous Australia. You can almost fit the exhibits about the country since 1788 in the back room. Next door is a massive building, the Institute of Aboriginal and Torres State Islander Communities. Perhaps they run the Museum as part of their agenda. We are drowning in the indigenisation of Australia. Wokeness knows no bounds.

The Australian Academy of Science was more enthusiastic. It welcomed “the inclusion of Indigenous voices and their cultural knowledge for the first time in a state of the environment report.”  As for “cultural knowledge”, it can mean whatever you want it to mean, or nothing at all — just like “climate change”.

The SoE 2021 report considered twelve environmental themes, from air quality, biodiversity, climate, coasts and extreme weather events to heritage and even Antarctica. Curiously, the number of the planet’s Homo sapiens was not among them, despite doubling since 1970 to 25 million. One way to “heal Country”, presumably, would be to stabilise or reduce it. Asking how many is too many today, however, is tricky when the demand for labour is high.

Population also missed the boat in another report, the CSIRO’s Our Future World. Its seven global megatrends that will shape the next 20 years are: “adapting to climate change; leaner, cleaner and greener; the escalating health imperative; geopolitical shifts; diving into digital; increasingly autonomous and unlocking the human dimension.”

Like aircraft engineers would use wind tunnels to test the robustness of new aircrafts, we can use these megatrends to develop, test and refine future strategies to ensure they are robust, whatever the future holds. — Dr Claire Naughtin, co-lead author, CSIRO media release, July 27, 2022

Yet despite “exploring the geopolitical, economic, social, technological and environmental forces unfolding around the world”, and “predicting their likely impact on Australia’s people, businesses and governments” the agency somehow missed the elephant in the greenhouse. The only hunger (or thirst) around the globe would be of another kind.

Australia has the highest wind and solar capacity of any developed nation and a wealth of critical energy minerals – we can be a leader in feeding the world’s hunger for clean energy. — Dr Larry Marshall, CEO, CSIRO media release, July 27, 2022

The United Nations, however, could hardly ignore the missing megatrend on World Population Day. After all, there had been unprecedented growth since the middle of last century. The global population more than tripled between 1950 and 2020. While the annual growth rate peaked at an average of 2.1 per cent between 1965 and 1970, numbers are projected to climb well into this century and possibly next too. Growth slowed from 2000 to 2020. The average annual rate declined to 1.2 per cent. However, 48 countries grew at least twice as fast: including 33 in Africa and 12 in Asia.

So much for the past. What about the future? According to the UN’s World Population Prospects 2022, on November 15 this year,  the world population will reach eight billion. India also will surpass China as the world’s most populous country in 2023. Despite growing at its slowest rate since 1950, demographic momentum will still drive the global population to 8.5 billion in 2030 and 9.7 billion in 2050. For better or worse, the UN expects it to peak at 10.4 billion during the 2080s and remain near that level until 2100.

When my book, No Room at Nature’s Mighty Feast – Reflections on the Growth of Humankind, was published in 1995, the planet’s population was 5,700 million — 5.7 billion in the common parlance — and that is about half what it will be a century later. The UN tried hard to put a positive spin on it. “This year’s World Population Day falls during a milestone year, when we anticipate the birth of the Earth’s eight billionth [human] inhabitant”, said UN Secretary-General António Guterres.

This is an occasion to celebrate our diversity, recognize our common humanity, and marvel at advancements in health that have extended lifespans and dramatically reduced maternal and child mortality rates,” he added. “At the same time, it is a reminder of our shared responsibility to care for our planet and a moment to reflect on where we still fall short of our commitments to one another.

“World Population Day offers us a moment to celebrate human progress”, echoed the World Population Fund (UNFPA) in a message to mark the day. Despite global challenges, it said we live in a world in which “higher shares of people are educated and live healthier lives than at any previous point in history”. Fertility, it declared triumphantly, has fallen markedly in recent decades in many countries. Two-thirds of the global population today live in countries with less than 2.1 births per woman, the level required for zero growth in a population with low mortality. As for action aimed at reducing it further, it would have little impact between now and mid-century because of the youthful age structure of today’s population. That said, according to John Wilmoth, Population Division director of the UN Department of Economic and Social Affairs (DESA): “The cumulative effect of lower fertility, if maintained over several decades, could be a more substantial deceleration of global population growth in the second half of the century.” More than half of the projected increase to 2050 will be in just eight countries: Democratic Republic of the Congo, Egypt, Ethiopia, India, Nigeria, Pakistan, the Philippines and the United Republic of Tanzania. Countries in sub-Saharan Africa are expected to contribute more than half the increase.

Not everyone was optimistic.  Liu Zhenmin, UN Under-Secretary-General for Economic and Social Affairs, warned that “rapid population growth makes eradicating poverty, combatting hunger and malnutrition, and increasing the coverage of health and education systems more difficult.” Furthermore, the 46 least developed countries (LDCs) are among the fastest-growing. Many are projected to double between 2022 and 2050, putting more pressure on resources and the UN’s Sustainable Development Goals (SDGs).

Before nodding off or nodding in agreement, dear reader, I urge you to dig a little deeper. As Sherlock Holmes stressed on more than one occasion, “it is a capital mistake to theorise before we have all the evidence, for it biases one’s judgment.”

There is a probability of 95 per cent that the size of the global population will lie between 9.4 and 10.0 billion in 2050, and between 8.9 and 12.4 billion in 2100 (box III.1). Thus, the size of the world’s population is almost certain to rise over the next  several decades, as is the degree of uncertainty associated with these projections.

Later in the century, there is about a 50 per cent chance that the world’s population will peak – that its size will stabilize or begin to decrease – before 2100.

As for the UN’s “medium scenario”, it is “an optimistic vision of development”.  It assumes that “continued progress towards gender equality and women’s empowerment will mean that, as time progresses, individuals will be better able to realise their childbearing intentions”.

The big assumption here is that such “progress” continues, hence “women will have even more social and economic opportunities and a better ability to realize their family goals.” If you feel such a vision is a utopian fantasy – as it was, for example, in Afghanistan – then you will, however reluctantly, consider a pessimistic outcome more likely. There is an even bigger dubious “implicit assumption” in the UN’s predictive model that the “pace and patterns of change” in the key variables of fertility and mortality “will be similar in the future to what they have been in the past 70 years”.

For me, a demographic trap is more likely than the UN’s demographic transition in most high-fertility countries. If so, birth rates there will remain high as infant mortality declines, creating a population surge that eventually overwhelms carrying capacity, intensifies environmental deterioration and the potential for conflict, famine, forced migration and higher future mortality.

If my pessimistic high-fertility scenario becomes reality, expect armadas of immigrants to be heading our way soon. There will, of course, be oil drilling in the Congo and more mining for cursed “fossil fuels” and other minerals elsewhere. For no amount of wishful thinking, or extortion in the name of climate change, will enable these countries to survive and prosper by embracing the West’s suicidal passion for renewables and dangerous NetZero delusions.

Some wildlife populations will become extinct. Be generous. Spare a thought for them too.

When Reporters Opt to Miss the Obvious