How the Elites Will Keep Their Lights On 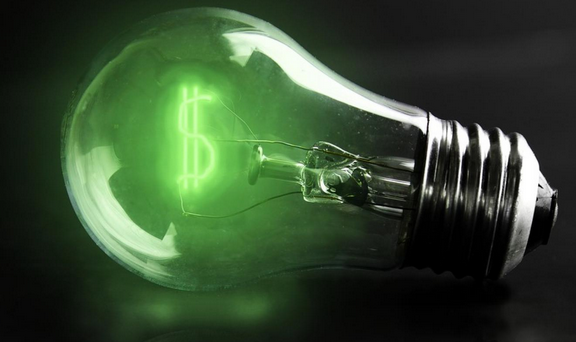 What would it take to end our nation’s climate madness? I used to think a few cold showers and the gas running out while the soufflé was in the oven would be enough to induce our Green-washed ruling class to take a more sceptical attitude to “renewable energy”. Now I wonder. These are the people, unassailable in towering banks or parliamentary offices, who run the country, who influence things, make them happen. Right now what they are making happen is the certainty of power shortages as a result of their quasi-superstitious fear of conventional energy generation.

This class determines its political projects and the rest of us pay for them through taxes or surcharges. They may occasionally burble about “the welfare of all Australians” but in effect, they are not interested in us lesser mortals and don’t care if our lives are a struggle, as they’ve shown by pursuing the policies that have given us shamefully rising power prices we scrimp to pay but the nobs can easily afford, and if themselves “renewables” investors, make money out of.

But once their own comfortable existence is even remotely discommoded, they demand that something be done. We saw this in Melbourne when the depredations of youthful ethnic gangs in poorer suburbs were met by lofty ruling-class denials that any gangs existed except in the “racist” minds of the householders complaining. When the gangs struck out into the districts inhabited by the people who run things, all of a sudden it turned out that, yes, they were real, they were a social problem and the police snapped into action like magic.

Faced with the inevitable failure of wind and solar energy, which even if we could count on endless gales and sunny days and clothe the landscape with forests of ugly windmills and drape every roof in photovoltaic panels would not generate enough power to make up for the fossil fuels we are banishing, how will the ruling classes and their political puppets cope, particularly the smug Teals who were elected solely on a platform of climate fiction? They have set themselves such bizarre targets – net zero non-renewables by 2035 is one of the wilder flights of fancy – that it would be a most embarrassing climbdown to follow the European example and stay with dirty old coal to keep the country lit and heated. And don’t even think nuclear: green energy luddites have the vapours at the mention of the name.

The sensible thing, of course, would be to abandon the obsession with renewables. It’s clear by now that the climate apocalypse so long predicted isn’t going to happen. Consider just one high-profile prophet and his empty warnings – our future monarch. In 2009, Prince Charles, speaking from the profundity of his scientific knowledge, announced “a dangerously narrow window” of a hundred months to avert “climate catastrophe”. After that window shut five years ago without any apparent collapse of civilisation did he say he was sorry to have misled us and blushingly refrain from further interference? No, he blithely revised his estimate and announced another window, supposedly giving us a further 35 years.

Common sense will not prevail because there are too many vested interests in climate alarmism to allow the whole charade to be called off now. What then will the ruling classes do to protect themselves when, as night follows day, power becomes scarcer and less reliable? They will entrench even deeper the differences between themselves and us, between those who have and those who have not.

There won’t be enough power to keep everything going so they will make sure they get all they want, and whatever’s left over can be shared out among the rest of us. They will do this as they do everything else, through their superior wealth. They will create a category of “premium consumers” – platinum users, gold users, some name like that — who, by paying extra to the energy companies, will be guaranteed a constant supply of power, even at times of peak use.

This extra fee will be set high enough so that, when added to the already exaggerated costs of energy, it is beyond the resources of the average household. It is ordinary families who will have to put up with the cold showers or cook their meals on a sputtering primus stove by decidedly unromantic candlelight because of windless weather and daily grey skies.

This will be presented as progress and wrapped in weaselly advertising. “Power that’s tailored to your home needs,” the unctuous voice-over will intone through an image of swirling steam. “When you sign up with GoodGas you get just the amount of power you want.” Translated, this will mean you’re offered a “budget” contract with the gas or electricity company stipulating supply at certain hours of the day or week. (The small print, naturally, will “regret that it may not be always possible to maintain supply at the contracted times”.)

Then what? Having imposed “net zero” and condemned the rest of us to shiver and starve, do “renewables” enthusiasts naively imagine that our privations and “good example” will touch the consciences of polluters like China and India, whose huge emissions make ours look like a puff of smoke from a Greenie’s spliff? That these industrial giants will shut down their coal-powered economies just in time to prevent the planet becoming a molten ball or whatever its supposed fate is?

There are no two ways about it. Either they are dumb enough to believe that or the whole net-zero crusade is a fraud, just another weapon from the Marxist armoury in the never-ending strategy to weaken and ultimately destroy the Western democracies. Climate catastrophists are either fools or quislings.

18 thoughts on “How the Elites Will Keep Their Lights On”

The Bureau of Meteorology’s Climate of Deceit

Another Unholy Marriage of Activism and Science