Sadly, There’s No Turning Back the Green Tide 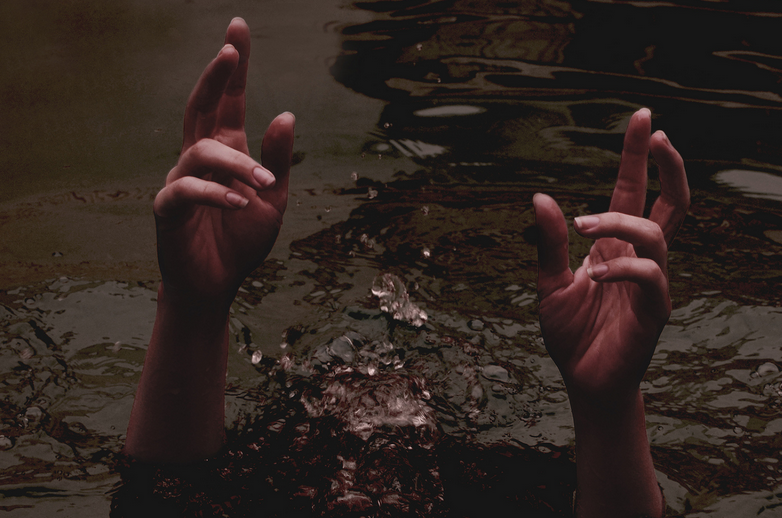 King Canute (1016-1035) might get my vote as the greatest ever English monarch. He’s got tough competition, I admit; and from the ladies, including the current one, as well as the odd man. But he takes the cake for me with his seaside demonstration.

Realism and modesty befit a leader and stand him or her, and the populace in tow, in good stead. Churchill was a bit like that when it mattered. “I have nothing to offer but blood, toil, tears and sweat,” he said in first speech to parliament as prime minister in May 1940. Contrast that with Hitler thinking he could fight a war on two fronts or Hirohito thinking he could take on the American war machine. Look at the misery they brought down on their own people.

More recently, George W Bush thought he could democratise Iraq and Afghanistan. Look at the way that turned out. Obama, the ultimate delusional narcissist, thought he could stop the oceans rising (Canute’s demonstration is especially apt). Trump, in his naivety, thought he could drain the swamp. He needed a much bigger pump.

This brings me to the current crop of Western world leaders, and I’ll throw in the Pope and the Prince (Charles) for good measure, all of whom could do with taking a lead from good King Canute, including our Scott Morrison, who I will single out a little. Though to be fair, in singling him out, I know that he blows with the wind and is simply a reluctant bedfellow of his more fanatical international peers.

Net Zero is the chimeric goal. That this is completely unachievable is by the way. Add an extra nought or two to whatever damage you think might be wrought in its forlorn quest. Also, add into the background Xi Jinping chortling away.

Of course, the Murdoch press and the BCA are now true believers giving additional cover for Morrison’s desperate flight from solid coal to nebulous hydrogen. There was much celebration among lefties at this news. Sinners seeing the light, as it were.

What does Rupert think? I suppose the Murdoch press in Australia has something called editorial independence. This can work when adults can be hired to report the news. But what happens when only infantile minds are available. Then you get what we got. My theory is that for every sinister-minded George Soros and Klaus Schwab et al there are thousands upon thousands of mindless drones following the script. And their numbers grow in the media as the universities churn them out.

Foremost, whatever the fog of propaganda, we should keep three things alive in our adult minds. The first is the premise upon which the climate-change creature has been built — that the natural climate with all of its complexity can be modelled. It can’t.

The second is the output of modelling which points to catastrophic man-made global warming. This is a tenuous hypothesis in search of proof. All of its predictions have thus far fallen flat – extreme weather, floods, droughts, drowning islands, unbearable temperatures, the end of snow etc., etc.

The third is the culmination of the hustle: A gigantic edifice of money-sucking carpetbagging which claims that no taxpayer dime should be spared to save the planet. Consider the sheer implausibility of a modest increase in a trace gas — which has been in far higher concentrations in the distant past, and whose only noticeable effect so far has been to beneficially green the planet — creating unimaginable havoc. All told, we in the midst of collective madness.

Can this madness be combatted? No. Madness is not susceptible to reason. We simply have to hope that it’s episodic and that the damage done before it ends is not irretrievable. Which brings me to the new great green hope, hydrogen. I recently paid to watch the great white hope Tyson Fury again whup Deontay Wilder. We’ll all have to pay a lot more to get green hydrogen anywhere near within cooee of the ring. The basic problem is that it’s not an idea whose time has come. It’s an idea whose time has been artificially pressed into service to attempt to solve the unsolvable.

I read an article a few days ago coming out of London, which inadvertently got to the nub of the issue. The author Jacquelin Magnay wrote, “the wind farms peppered along the Danish, Dutch, German and British horizons have been unable to generate reliable energy supplies or bolster stocks.” Bolster stocks, hey; pray tell how would they do that?

Electricity isn’t like oil or coal or gas. You can’t store it. You need to produce it when you need it. Sure, you can put a bit into batteries; a very little bit. If (if) you have pumped hydro around you could pump water uphill when you have excess electricity. Even then, how long would that power towns and industries when the wind remains still?

Hydrocarbon fuels have distinct advantages. They are the energy. They are dense energy. They can be transported and stockpiled. Petroleum has so much energy per volume and weight that it can be funnelled into a small onboard tank and propel a vehicle full of passengers or freight for hundreds of miles. To say it is amazing is grossly understating the case. Without hydrocarbon fuels we would still be in caves.

Energy density, portability and storage, how do you get that in a renewables’ world? By definition you can’t dig it up. You have to make it. Enter hydrogen. Not because it’s obvious. But because what else is there? Nothing!

And to make things worse only blue hydrogen and green hydrogen will do. And blue’s not so hot for greenies. It’s produced from hydrocarbons, say, natural gas. It becomes ‘blue’, rather than grey, as a result of the CO2 emissions being captured and sequestered. That’s expensive. Moreover, an article I read in The Conversation (I know, pathetic) points to research showing that methane leakages from the process “make blue hydrogen 20 per cent worse for the climate than just using fossil gas.” Whether that’s true or not, it’s clear that Twiggy Forest, Dominic Perrottet, Morrison and company in Australia are all in for green. They believe, as do their counterparts abroad, that they can outdo others in becoming an international hydrogen producing and exporting powerhouse. The Dunning-Kruger effect in gas production!

Technologically it can and is being done. Scale is the issue. It is a mistake to think that what is feasible on a micro-scale is feasible on a macro-scale. Yes, I could chop up my Chippendale dining table and chairs to heat my living room. (To be clear, sadly I don’t have any Chippendale.)

Maybe technological advancements will make the production of green hydrogen on a mass scale feasible. I don’t know. But neither does anybody else. Why then would you bet the future of the world on it? Why would you stop digging and drilling for reliable proven direct energy and depend on some future unknown technologies to make energy indirectly from the wind and sun? You would only do that if you believed that the world is overheating and you can stop it. Once you believe that, derivative delusional thoughts and actions follow.

Canute would have had his courtiers leave him tied to his throne by the water’s edge, if he’d believed he could stop the incoming tide. He would have drowned. Only him. Our whole civilisation is on course to being drowned by sinister forces, by Marxist greenies, by governments, by corporates and by the media, while being cheered on by useful idiots in posh inner-city suburbs. Hold on to your hats, and diesel generator if you have one.

16 thoughts on “Sadly, There’s No Turning Back the Green Tide”