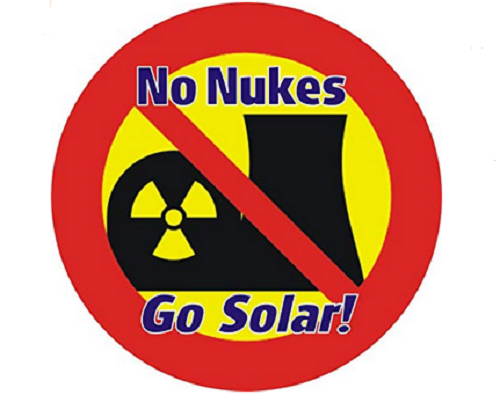 I attended a seminar given by the late Professor Bob Carter some eight or nine years ago. The tide is turning, he pronounced, the warmist hysteria receding. In fact, the tide has not ebbed at all; it has flowed continuously and strongly in the same direction. He was mistaken.

I commented after visiting England in early 2019 that acceptance of human-induced climate change had become part of the fabric of media, political and ordinary life to a degree which went well beyond the Australian experience. The hotel where I stayed in Milton Keynes no longer had newspapers in its efforts to save the planet. We are catching up. If there were any doubt, the influence of the bushfires has removed it.

Minister for Science and Technology Karen Andrews must know what she is talking about, don’t you think? And she, in her scientific wisdom, has made it clear that climate change is real and that we now have to leave any debate about that behind us and get on with doing something about it.

The other day I read that James Murdoch is upset about various outlets of News Corporation still entertaining debate. I see that the head of the world’s largest fund manager BlackRock is “pulling the plug” on thermal coal. “Step up on climate,” says the Cbus super fund chief. “Green finance needed to tackle climate change,” says HSBC’s head of sustainable finance. Obviously, one can go on and on. There is no end to corporate wokeness on climate.

The sheer weight of the education sector, the corporate sector and most of those in politics and in the media is bound to bring to bear enough firepower (pun intended) to win the day. It is “settled.” Over! Sceptics, take note. It may be tommyrot, twaddle, tripe and tosh, but it’s a “fact” or, if you like accuracy, a factoid, which is just as authoritative in the grand scheme of things. Get used to it.

An analogy helps. Think of yourself, dear typical sceptic, being akin to the gallant, but eventually limbless, Black Knight in Monty Python and the Holy Grail. You haven’t been given a flesh wound you have been eviscerated. That some of you still don’t know it is, at best, touchingly delusional.

Where to turn is the question? The answer is obvious when you think about it. Become more rabid than the rabid. Any number of prominent alarmists, including Greta Thunberg, and the Extinction Rebellion crowd, and that “prominent climatologist” Alexandria Ocasio Cortez, said last year that we, the world, had only twelve years to remedy the problem before a tipping point was reached. After that, bye-bye civilisation, if not life itself. Incidentally, it must now be only eleven years and counting because the reckless world has done diddly-squat.

“We cannot be radical enough,” David Attenborough told a committee of the British Parliament. Take him at his word. Something realistic, pragmatic, practical and, most of all, effective must be done urgently before the fast-coming catastrophe hits. Remember this is not going to be a picnic. To wit: rampant heat-stroke, rapidly spreading tropical diseases, species extinctions, widespread childhood hysteria and post-climatic stress disorders, droughts, wildfires, inundations, willy-willies, hurricanes, typhoons and cyclones.

There is not a menu of choice. Given existing technology, there is only one solution. That solution is nuclear energy. No ifs, ands, buts or maybes. Even then, it will be a tight run thing. Can a large enough number of nuclear power plants be built, installed and connected to sufficiently mitigate the effects of climate change, as the 2020s close?  Nothing and no-one must be allowed to stand in the way.

Those who oppose this solution, probably all of the aforementioned alarmists, must be badged as nuclear denialists, climate vandals, even as treasonous criminals. Shot at dawn, so to speak. The tables are turned. Unfortunately, it will mean sacrificing coal mining jobs. But, never mind, those miners thrown out of work can easily learn computer programming, according to Joe Biden.

Of course, China and India will be recalcitrant and go on spewing vast quantities of CO2 into the atmosphere. There’s the rub, I suppose, buried in my otherwise brilliant ploy, my cunning plan. Oh, let’s give up. By next year we will only have ten years left. Make merry, for 2031 marks the year we start dying or suffering appallingly. And whatever you do, if fertile, avoid having children. At least restrict their number. Take a cue from the Sussexes.