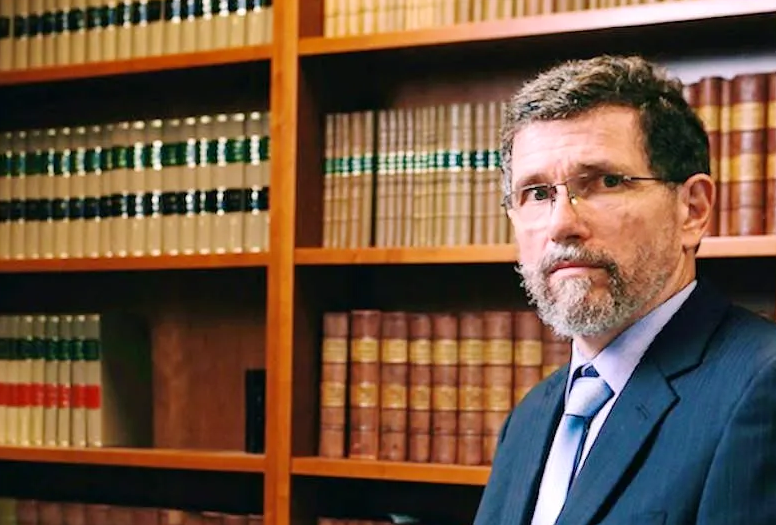 I found Peter Ridd’s book about the Great Barrier Reef, and the poor state of quality control in science, to be both refreshing and complimentary. Refreshing because here is a scientist who actually talks about ‘The Science’. Complimentary because here is a scientist who treats the average person of general education as someone who just might be able to follow some scientific reasoning. This contrasts sharply with the way the public is treated by certain other scientists.

As an example of the faulty way that some science mandarins attempt to communicate with the public I will cite Tim Flannery’s latest book in a compare-and-contrast exercise. You will see, if you accept my view of Flannery, that his style is neither refreshing nor complimentary. He treats the reader with disdain. The information in Ridd’s book, and his style in presenting it, is far more engaging than either the information or style that Flannery presents. In reading Peter Ridd’s ‘Reef Heresy? … Science, Research and the Great Barrier Reef’ one is let in on some of ‘The Science’. 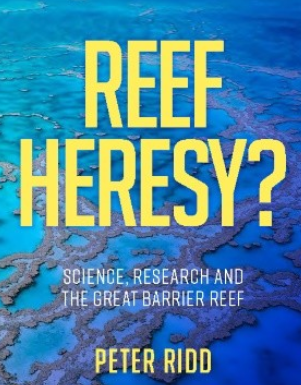 This is quite the opposite to what one finds in the writing or television presentations of professional warmists. A common form of communication for others writing about the Reef is simply to assert things about ‘The Science’. They don’t actually delve into the reasons or scientific logic/analysis that support their assertions. Importantly, they make a point of not expanding on any area where the results of a favoured piece of research can be shown to be doubtful. Peter Ridd does the opposite, and he does it with direct speech and in a clear manner.

The oft-used term, ‘The Science’ is problematic because people who use it appear do so from a position of a self-assured sense of ‘knowing’. They use it as a putdown to those who, unlike them, do not understand (and cannot be expected to understand) their special, almost mystical knowledge of what they call ‘The Science’. What’s worse, the media often adopts and repeats this self-assured tone without criticism. Again, this is not the case with Ridd’s book.

Aimed at what I would describe as an educated, but not specifically science-educated, popular audience, Ridd does not just make assertions about the science but leads us through a process of reasoned analysis of published papers, identifying the journals and the authors. He then describes the conclusions of each, discusses their apparent deficiencies, asks us to weigh his analysis and endorse it on its merits. It is difficult not to come to the same conclusions he does.

In this way I feel complimented – the writer is recognising that I just might have a glimmer of intelligence and an attention span that can just possibly cope with some level of complexity.  Again, this makes a pleasant change from what might be called the Flannerian alarums of the end-is-nigh brigade, whose method is to baldly assert that we’ll all be baked to a crisp by Wednesday, ignore any criticism of their position and its dubious underpinnings, and then go straight to the ways in which they propose to reorganise society, the economy and liberty. Want an example? Take a close look at the Green New Deal.

Because of the anonymity generally surrounding the peer review process, Ridd is unable to identify the reviewers of the published Reef papers. As he makes clear, this is a major flaw in the credibility of the whole science of the Reef because peer review is not a proof of anything. It is not even meant to be a final arbiter of the truth or otherwise of a paper.

Anonymity of the peer reviewers means there can be no accountability and no back-checking of the reviewer. It’s all done in the shadows.

Speaking for myself, someone whose degree major was in politics (political philosophy and political sociology), I appreciate that Ridd does not treat me as some kind of sponge who must obediently soak up the dispensed wisdom of an authority figure with a PhD and prestigious title. No, he asks me to look at the logic of it all with my own intellect.

There is also another aspect to his credibility – his Reef research has led to practical technologies which have generated millions of dollars in revenue to James Cook University – a university from which he was sacked for going public with his qualms about the standard of Reef science. Ridd is to be admired for both standing true to the principles of the scientific method his readiness and his willingness to blow the whistle on those, in his view, who transgress  them

In Reef Heresy Ridd outlines his severe doubts about the standard of research on the Reef, providing specific examples of how certain widely cited papers are so flawed that they should never be taken seriously, and certainly not as the basis of environmental action. He focuses particularly on two of these papers,  and I encourage readers get their own copy of Ridd’s book and read his devastating criticisms of each.

Taking it further, Ridd expands his doubts about the standard of Reef research to the scientific mainstream by linking the problem with the wider issue of the ‘replication crisis’ in science generally. It is beyond doubt that an awareness exists at the elite levels of the scientific community that there is, indeed, a plethora of studies and papers whose claimed results no other researchers are able to reproduce. Ridd bemoans the fact that, at this stage, the awareness of this issue remains somewhat cloistered and has not yet made it into the general media in Australia. Further proof of this ignorance a recent Senate enquiry, which saw the CEO of the Australian Institute of Marine Science (AIMS) deny even being aware of a replication crisis. I found this absolutely mind-boggling.

Again speaking for myself, my degree and other tertiary education was weighted with a study of politics/government, history, English, economics, geography and subjects involving the heavy cut-and-thrust of deductive reasoning as an adversary debating with others. But there was enough physics and general science to enable me to understand the scientific method. In the part of the school curriculum involving the scientific method, we were exposed to the ideas that there were such things as hypotheses, and that a hypothesis, by itself, was not inherently true. We learnt the concept of replication, and ‘got’ the idea that ‘no replication equals no validation’. We were exposed to the concepts that science had to be open, that a researcher had to fully reveal to others the method used, the assumptions made, the raw data used and the results. Things like error bars had to be defined and, above all, the experiment had to show the same results within margins of error when conducted by someone else. This applied even if the ‘someone else’ was a vehement critic of the original hypothesis and the work of the original researcher.

We were also offered the idea that the person who disputes a piece of scientific research is not a morally bad person., as the warmist movements so often paints those who questions its methods and conclusions. The morally bad person – or institution – is the one who stands by a flawed piece of research and defends it against all comers.

Ridd’s book is not all just about negative criticism. He devotes considerable effort in offering positive suggestions about how to improve the situation. Early in this review I mentioned Tim Flannery’s latest book, ‘The Climate Cure – solving the climate emergency in the era of COVID – 19 ‘

While not specifically about the scientific method or the Great Barrier Reef, this book is probably aimed at a similar readership as Ridd’s book – people who are reasonably well educated and concerned about the environment. The contrast in styles could not be more stark. Flannery’s book is no sense that it is refreshing – we are not taken on a journey in which the science is explained, analysed and discussed. We are simply given an exalted mandarin’s dissertation about this vague thing called ‘The Science’, with dire assertions coming page after page, chapter after chapter, all the way to the blessedly final paragraph. There is the true sense that throughout Flannery’s book we are the sponges and must simply take all that he tells us gospel truths. It fails to acknowledge that readers will likely have have attention spans that can deal with complexity. In short, it fails to acknowledge that we, as readers, may have intellects of our own. In complete contrast. To my mind, this contrast enormously boosts the credibility of Ridd and his book.

The noble ideas about the way we ‘do’ science hold true today: Science as a body of human endeavour must be open to critics, comfortable with expressions of doubt and capable of withstanding challenge. These truths of the scientific method are what Ridd stands for and advocates. I strongly recommend this book to the average reader – someone who is educated but not ‘silo educated’ in a narrow scientific speciality – and also to the reader with a much more advanced scientific background.

Anyone who reads this book will find it informative, refreshing and complimentary.