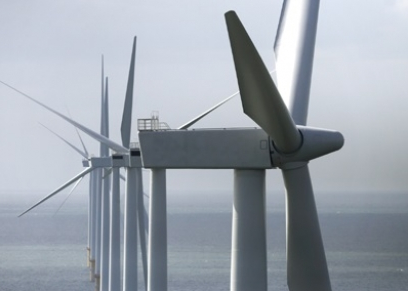 Zibelman’s announced departure was not accompanied by universal praise.  One significant electricity industry player, Danny Price, the head of Frontier Economics, has long been dismissive of her understanding of how markets work best.  Though not hostile to her stance in support of renewables, Price said, “I think it is time that we have a respected, competent Australian engineer running AEMO, not someone with an agenda.

“Audrey going to Google? I’m buying Apple! Good riddance – the board should follow.”

Ms Zibelman’s departure did draw appreciative words the renewables industry’s agitprop organ, RenewEconomy, “for leading the push to create a 20-year blueprint to plan the transition of the Australian grid to renewables.”  That plan would need considerable government funding, probably by mandating additional consumer charges and with a consequential expansion of regulator influence.  AEMO puts the cost of grid augmentations necessary to facilitate renewables, at $17.4 billion. In my work on the cost factor, commissioned by Senator Malcolm Roberts, I estimated that this and other measures brought the annual subsidy to renewables to over $13 billion.

Zibelman came to the AEMO job with strong interventionist Democratic Party credentials and would have expected to have been appointed to a senior role government role – perhaps energy secretary — had Clinton rather than Trump prevailed four years ago.

Although informed by then-energy minister Josh Frydenberg that her role in Australia was operational rather than policy development, few observers believed she could confine herself to the mundane.  Her ambitions were to transform the existing market structure to the model prevailing in US east coast, where bids are made a day ahead and the resulting time lag involves a considerable expansion in the powers afforded to the market manager.

With this in mind, Zibelman opposed a reform, now proposed by the AER, to bring wind generators closer into line with others so that they could not suddenly, without warning, cease to feed into the grid when prices become negative, thereby disrupting the whole network. Rather than a fix, she preferred a wider reform that would place more power with the regulator.

The search is now on for replacements, both for Zibelman and the head of the AEMC, the custodian of the market rules, from which long-time head John Pierce recently retired. Almost without a doubt, given recent hiring trends, the best woman for these jobs will be selected. This is because men have not done well of late when applying for senior positions in the electricity industry.  All four energy agency heads are women.

It is no coincidence that an industry dominated by men twenty years ago is now decidedly femocrat.  An essential player in this development has been Victorian energy minister Lily D’Ambrosio, one of the least able ministers in a state government with few genuine competents.  Where she can, D’Ambrosio will veto any appointments of men.  Even when she cannot, she will try. One (female) agency head appointed a man as her deputy.  When asked by D’Ambrosio why she had not made a “diversity” appointment, the agency head responded that the way she saw it a 60-something year old white male represents diversity!

So, if you are male, ambitious and capable, the bloated bureaucracy of energy regulation is not for you. As for consumers stunned by their latest power bills, don’t think too hard about politically correct gender discrimination that rules out half the possible candidates. Such thoughts will only get you even angrier.

Real Power to the People of the Third World