The Bill Comes Due for Renewable Energy 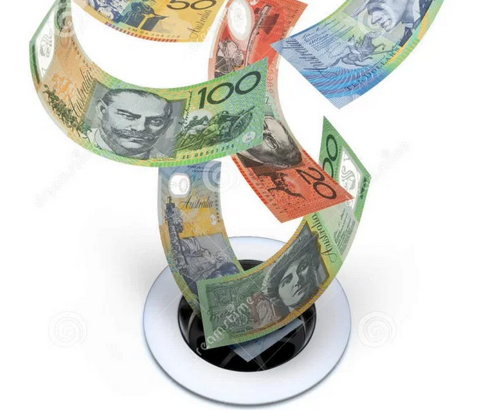 Australia’s excessively high energy prices are undermining our competitiveness and cutting our standards of living. Since 2002 Australian governments have introduced climate policies to reduce carbon dioxide.  This has caused high cost and low reliability wind and solar to displace cheap coal and gas power. Our electricity prices, once the lowest in the world, have become one of the most expensive.

It is readily acknowledged that regulatory measures bring about costs to consumers by forcing energy retailers to incorporate growing shares of wind and solar energy into the electricity they provide. For the average household consumer, the commonly quoted additional cost to electricity bills is $90 per annum or about 6.5 per cent.

But this estimate, carefully assembled by the Australian Energy Market Commission (AEMC), only counts about one sixth of the total cost. It comprises only those costs directly attributable to Commonwealth and state regulatory requirements, mainly cross subsidies on grid-supplied wind and solar as well as on rooftop solar. Currently, these facilities, which are approaching 20 per cent of total supply, get a subsidy of $40 per MWh.  That is roughly the same as the total market price three years ago, prior to the renewables forcing out major generators, thereby causing prices to double.

In addition to the direct regulatory cost as estimated by the AEMC, the average household annually pays for:

# government subsidies to renewable electricity, paid by the taxpayer, through soft loans and direct grants, which amount to about $151;

# Consequential increases to wholesale prices (temporarily low at present due to COVID-19) as a result of forced closures and cost impositions on coal generators, wholesale prices have more than doubled to $92.5 per MWh; the renewables’ cuckoos, in forcing coal plant out of the energy nest, bring an impost of $219;

# Additional costs, about $70, for transmission and the Snowy2 scheme, which are being introduced to offset some of the unreliability that the variable supply of wind and solar generation entails; and

# Further administrative costs of about $5.

Once all effects of the renewable energy measures are counted the cost becomes 39 per cent of household electricity bills, not 6.5 per cent that the government typically quotes.  The cost of these climate policies to the average household’s electricity bill is an extra $536 per annum, significantly more than the touted $90.

For all households the total cost of the $536 subsidies within electricity bills is $6.6 billion. But households consume only half of the electricity supply.  Businesses account for the rest of the costs which are incorporated into the prices for goods and services.  Either consumers pay those prices or the additional costs detract from the profits that firms would otherwise have earned on exports. Hence the overall cost to households is $13 billion.

In addition to these sums, as a nation we are spending around $8 billion a year on new wind and solar facilities.  In a true market economy wind and solar power are spectacularly unviable. Even with nearly two decades of increasingly favourable policies and subsidies, the renewables industry has yet to mature and show itself beyond a dependent infant, acting as a parasitic malinvestment on our energy system.

The justification for these economically debilitating policies is that they help to fight climate change.  But, irrespective of the merits of this goal, as the Chief Scientist has confirmed, Australia’s efforts to reduce carbon dioxide will have virtually no effect on global temperatures, since we contribute a minuscule share of global emissions. Moreover, notwithstanding lofty claims by some nations, the fastest growing emitters responsible for 70 per cent of the total — China, India, Indonesia, now joined by the US – have no real commitments. Hence any emission reductions that Australia and other countries make are dwarfed by increases in those from Third World countries and the US.

California is about five years ahead of Australia in the rush to replace reliable and manageable coal, gas and nuclear electricity with nature-dependent electricity. It is planning ‘net carbon neutrality’ and already renewables provide 33 per cent of supply. But that is when the sun is shining and the wind is blowing.

Last week during a heat wave California’s system started to collapse, bringing about rolling blackouts. California’s governor, Gavin Newsom, has presidential aspirations and is as woke as the next Democrat. He has been solidly behind the state’s support of renewables, with subsidies and regulations. But the state has a history in replacing Governors who preside over energy failures. Twenty years ago Governor Gray Davis, another presidential hopeful, saw the state’s energy supply fail and had to face a recall election which resulted in him being voted out of office, ending his political career. Newsom, to the howls of his supporters, is now urging that gas generation be retained.

For our part, Australia is needlessly sacrificing its living standards and jeopardising the future viability of our vital energy-intensive industries that leverage off agricultural and mineral wealth.  The way forward must involve the termination of all regulatory favours, which uniquely reward renewable energy supplies, and the cessation of budgetary support for all energy supplies. Such reforms include ceasing to subsidise transmission links and other grid measures that are being introduced to compensate for the inherent deficiencies of the weather-dependent wind and solar.