Signing off on This Year’s Scapegoat 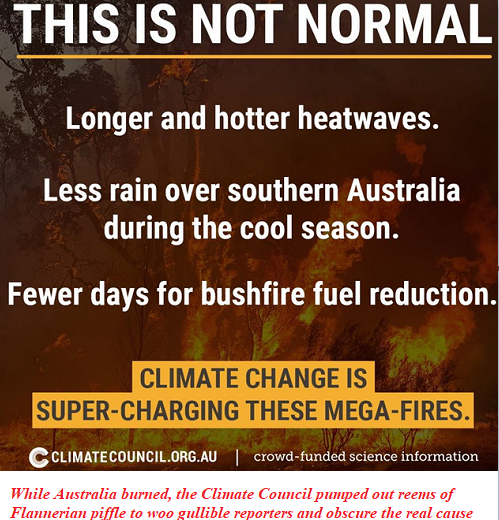 In 1985, by a series of mischances, I found myself a senior officer in a government agency in Western Australia. One of my unexpected responsibilities was the drafting of “ministerials”. It worked this way: members of the public with a beef about something would write a letter to the minister (this was before the days of email, when people wrote real letters). These were never actually read by the minister, but were intercepted by one of the ministerial staff and sent off to the relevant department, arriving in a pink manila folder. Here a public servant drafted a reply and returned the draft to the ministerial office where (if the minister’s political adviser approved)  it would be typed up as a “final” on ministerial letterhead and put before the minister for signing. Experienced ministers would not even read them before scrawling their signature.

The process was simplified by the fact that the public service had long been drilled in the three immutable rules of drafting a ministerial. First, never admit the minister was wrong or had made an error; second, never commit the minister to doing anything; and third, if there was no possible way of denying that something had gone wrong, find a scapegoat.

Interestingly this ‘Ministerials Formula’ applied irrespective of which party was in power or who was the minister. Oppositions who sneered at it, and condemned public servants as political lapdogs, would instantly adopt the traditional approach the moment they came to power.

I was thinking about this when considering the current Royal Commission and the independent inquiries being carried out by the NSW and Victorian governments into the 2019/20 bushfires.  The submissions to these inquiries will fall into two main categories (well, there will be a third category, the nutters, but I will ignore them). On the one hand, there will be those recommending significant changes to the way we prepare for, and deal with bushfires. These will identify the serious flaws in governance, policy, strategy and land management whose consequence is recurring bushfire disasters, and they will suggest a new approach. On the other hand, there will be submissions from those who will feel threatened by change and advocate for the status quo. They will fall back on the ‘Ministerials Formula’: (i) admit no errors; (ii) make no commitments; and (iii) find a scapegoat.

The Big Scapegoat this time, the Ultimate Excuse,  will be climate change.  “We did all we could, we were heroes, but we were beaten by unprecedented weather resulting from climate change” is  a refrain that will be repeated ad nauseam by premiers, ministers, senior bureaucrats and green fire chiefs, i.e., anyone concerned that incompetence might be exposed. It will be parroted back by journalists and political commentators who will be looking for something to carry on about now that the C-19 panic is fading.

I have no faith in either the NSW or Victorian state government’s internal inquiries. For one thing, they are inquiring into themselves, and this will inevitably be done with a benign and forgiving eye. For another, no government can afford to admit to having been incompetent. Apart from political damage, it would have immediate legal consequences, with calls for compensation. I have already heard rumblings of class actions, and of law firms sharpening their litigation quills, and they would rub their hands over any findings, let alone admissions, of flawed governance. It won’t happen.

The Royal Commission, on the other hand, might be able to take a more independent stance and identify some of the real weaknesses in Australian bushfire management. For example, they might look at the failure of political leadership, the conflicts in policy, the absence of priority-setting, the lack of investment in mitigation, the over-reliance on water bombers, the local government authorities who prevent land-owners from protecting themselves from bushfires, the mis-directed research, the planning authorities approving residential developments icapable of being defended, the national park managers who close roads and fire trails and fail to reduce fuels, the centralisation of control, the sacrifice of rural Australia, the abandonment of native fauna, and the undermining of bushfire managers by academia.

If the Royal Commission fails to identify and find solutions for these factors, but focuses instead on climate change (something that nobody can “fix” in the short term, and so obviously a scapegoat for incompetence) it will be a travesty, a disgraceful waste of money, time and energy.

The unknown factor is PM Scott Morrison. I think he genuinely wants to see change, and that he understands the imperative to increase investment in preparedness and damage mitigation. I think he appreciates the need for a redirection of policies (especially at state and local government level) and a clarification of priorities. On the other hand he will be well-aware of the political power of the “bushfires-equal-climate-change” agenda. Obviously, this agenda cannot be ignored for the simple reason that it has been so heavily promoted by the “Fire Chiefs” recruited by Tim Flannery’s Climate Council, plus an uncritical media serving up green nostrums now accepted as fact by a substantial section of the general public.

Fortunately there is a way out. Irrespective of the way the Royal Commission reports, the PM can say that the government intends to adopt two parallel approaches. The first will be to fix the bushfire situation, but at the same time they will be promoting policies to reduce greenhouse gas emissions. This will not satisfy the Greens and the Fire Chiefs but it might mollify the general public and get some positive play in the media.

Anyway, as I have said from the beginning, the biggest problem the PM and the Royal Commission face is not what to do, but getting the states and local governments to agree to do it. There is also a solution to this problem: a new financial model where the Commonwealth rewards the states for good bushfire management, rather than propping up incompetence.

It galls me to think that state government politicians and bureaucrats have to be bribed to do the right thing, but if it works, I will grin and bear it.

Roger Underwood is Chairman of the Bushfire Front in Western Australia