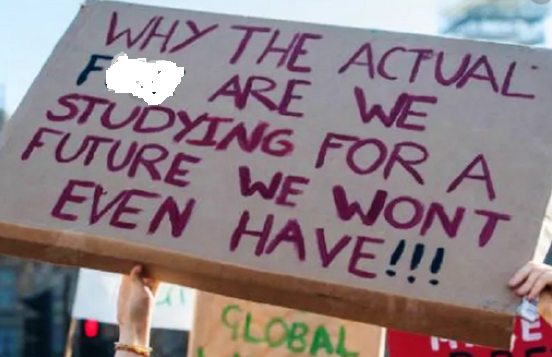 Can we all agree that it is getting hotter? Facts matter and there is no point in agreeing on something that is wrong. However, the evidence seems clear to me. We now have 41 years of satellite data. I think we can rely on Roy Spencer and John Christy at the University of Alabama in ensuring that the NASA satellite measuring program under their purview is throwing up honest data.

That data from the end of 1978 until the end of 2019 shows a trend warming of 0.013 degrees per year; in total 0.54 degrees over the forty-one years. At this rate the temperature would rise by 1.33 over a century. This would represent an acceleration in warming when compared with HADCRUT 4 data (land and ocean) which shows a trend of just 0.90 degrees over the whole period from 1850 to the near end of 2019.

Why there is warming is a separate question. Some look to the activity of the sun. I don’t know, I haven’t read anything convincing. Are the larger conglomerations of cities having heat-island effects? I assume so. A scientist friend of mine hypothesizes that world-wide large-scale irrigation may be contributing to water vapor in the atmosphere and thus may be part of the explanation. Again, I don’t know – which is what I would like a lot more people, more qualified than I, to be saying rather than stymieing debate by pretending that everything is certain and settled.

Less obduracy might produce more light. Let me practice what I preach. CO2 is a greenhouse gas. Scientists of whatever stripe agree on that. I am therefore quite ready to believe that the increasing concentration of atmospheric CO2, from about 275 parts per million in the late 1700s to over 400 parts per million now, has and is causing some warming. I am also ready to believe, though it is a separate question, that the use of fossil fuels might well be responsible for the increased concentration of CO2.

Of course, what this doesn’t mean is that increasing emissions of CO2, particularly from China and India, is bound to go on increasing temperatures to any kind of level which will prove to be at or near catastrophic. There is a view, even among some who blame CO2 for most of the warming (e.g. Bjorn Lomborg and Matt Ridley), that we have ample time to take action and that, in the meantime, warming and increased concentrations of CO2 will be beneficial.

What to do? First, we need to remind ourselves that idiots and charlatans can’t be given a seat at the table. Idiots are those who, for example, blame Australia’s bushfires on climate change or, even more idiotically, who blame Scott Morrison because we haven’t done enough in Australia to reduce our CO2 emissions. These people are truly half-wits.

Charlatans are those who make up facts to suit their purpose. They are not limited to but include all Greens, all socialists and all those making money from climate-change alarmism. Here is James Delingpole (3 January 2020) illustrating the problem by referring to a BBC news show which followed up a fact-based interview of Ridley with former UK chief science adviser Sir David King:

I sat there open-mouthed as he (King)…said that Europe’s dash for diesel had nothing to do with greens, when green pressure groups pushed actively for it. He said that we will see 1-2 metres of sea level rise this century, when the current rate of rise is 3.4 millimetres a year with no acceleration (or 0.3 metres per century). He said that all of Greenland’s ice cap might melt and could cause 5-6 metres of sea level rise, though at current rates of melting, Greenland’s ice cap will be 99% intact in 2100. He said that wild fires were being caused by trees dying out because of rising temperatures, rather than a failure to manage increasingly luxuriant vegetation in fire-risk areas leading to a buildup of tinder. He said scientists are agreed that Calcutta will have to be moved, when the Ganges delta is actually expanding in area, not shrinking.

A problem, as you can appreciate from this interview, is finding enough knowledgeable, honest, objective and sensible people to sit around the table. If that problem were overcome a solution might not be too hard to arrive at. Conceptually, at least, it is not too hard.

There is in fact common ground to be found if political partisanship is put aside. Warmists want to cut emissions as much as is possible and as quickly as possible. Sceptics want affordable and reliable energy. Renewal energy in its present guise will do neither. A combination of cleaner coal power, gas and nuclear will help do both. Beyond that it ought to be possible to agree that much more public money should be spent on encouraging clean energy research and on mitigating the effects of untoward weather events.

The continuation of the climate debate, in its present form, is untenable. It casts a debilitating pall over all social, political, and corporate life.  We surely know that it has reached the lowest ebb possible when callow youths and young children are being used as pawns to spruik alarmism. Being alarmed is not a solution. So far, it has produced dearer and less reliable power while CO2 emissions have continued to rise. Which side is happy about that?

28 thoughts on “Alarmed and Dangerous”