Maths is Hard for the Green-Minded

Politicians and climate alarmists are running what amounts to a promises auction about getting the world to zero net emissions in ten to thirty years’ time. It’s easy to bid as you will never be held accountable, you look virtuous and bids cost nothing, at least for the time being.

The best bid drama yet is from Extinction Rebellion, whose ferals were blocking traffic in Melbourne last week, as in other cities, and waving signs demanding “Zero emissions by 2025”. Among the more respectable bidders are the Australian Academy of Science’s 500 Fellows, who want net zero emissions by 2050.[1] They’ve cheered on state governments pledging likewise.

But here’s the problem: the 2050 game can only be played by those willing to ignore maths and engineering. Do the sums and it’s just pixie dust or, more accurately, fraud. What follows are some calculations and projections. I’ll provide the formulae lower down.

# Street blockaders: Your zero-by-2025 goal would require Australia to create the equivalent of an emissions-free Turkey Point, Florida nuclear power plant – nearly the output of Hazelwood in Victoria – each 11 days from now to January 1, 2026. That’s 33 nuclear plants per year.[2]

# The Greens and Australian Conservation Foundation[3]: Your zero-by-2040 goal would require the equivalent of one Turkey Point plant each 43 days from now to January 1, 2041. That’s eight and a half plants a year.[4]

# Labor Party, Academy of Science and all state governments (except the sensible NT): Your zero-by-2050 goal would require the equivalent of one Turkey Point plant each 65 days from now to January 1, 2051. That’s five and a half per year.

# The Morrison government: You claim to be locked-in to net-zero at 2050 because your predecessor Turnbull, via Greg Hunt, signed on to the 2015 Paris Accord. Well, the Accord specifies a review of targets every five years by each signatory, so you are free to dump the zero-2050 nonsense in 2020-21. Go for it!

Such nuclear plants, essential for reaching zero-emissions, would cost about $US9 billion each in America. That’s $A13 billion in Australia — or heaven-knows-what by the time the CFMMEU has ransomed the jobs. The costs, therefore, for our required 170 nuclear plants is about $2.2 trillion. For comparison, the entire Australian GDP last year was only $1.4 trillion. This is broad-brush stuff. Every technical tweak augments the cost and impracticability.

Forget the tree and tinsel, this is what Christmas looks like for the renewables’ rent-seekers.

I’ve provided the Australian numbers courtesy of a template from Dr Roger J. Pielke Jr, writing in Forbes and published on September 30. He’s a long-term IPCC author on weather disasters and his degrees include one in maths. Incidentally, he’s also a research expert on cheating in world elite sports.

Last June, Theresa May’s UK government made itself the world’s climate champion, signing into law a program for zero net emissions by 2050 (previous UK law was an 80 per cent emissions cut by 2050). UK Labour joined the auction by bidding zero net emissions by 2030. Pielke says that globally, a 2030 zero-emissions target would need deployment of more than four Turkey Point plants a day, and for the US, several Turkey Points a week. A commenter adds, “And who’s gonna build them? Millennials with degrees in woman studies?”

Maybe you don’t like nuclear plants and would prefer zero emissions via those statuesque wind turbines. Substitute 1500 wind turbines of 2.5MW to equal each Turkey Point plant. For the “moderate” zero-2050 goal, that involves Australia adding 23 turbines a day (161 a week) from tomorrow until January 1, 2051. That’s about 250,000 turbines in total. Each bloc of 1500 turbines needs close to 800 square kilometres of ground, so pity help the bats and birds.  Turbines installed in penny packets would squander even more land. Conservatively, a quarter of a million turbines will need about 130,000 square kilometres — twice the area of Tasmania. 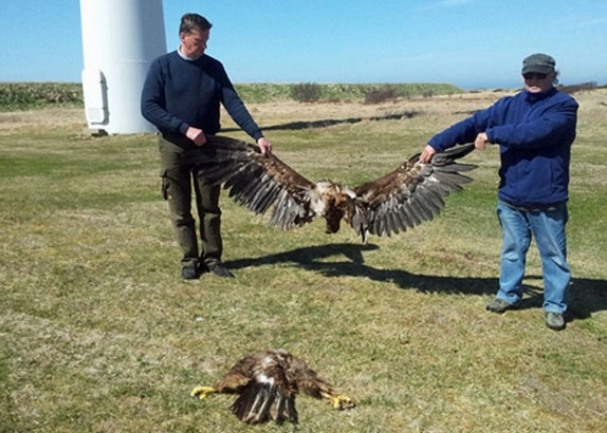 For the US, the wind turbine numbers required are 1500 a day until 2050, eventually covering the whole contiguous country in windmills and an additional “wet belt” of windmills two miles thick off the entire coastline.[5]

This zero-emissions crusade is madness on stilts. The developing world (China and India for starters) has no intention of strangling their economies with expensive and unreliable renewables. The US Energy Information Administration (EIA) has assessed energy and emissions trends for the period from 2018 to 2050 and says that by the latter date developing nations will account for nearly 70 per cent of global energy use (60 per cent today) and 75 per cent of human-caused CO2 emissions (66 per cent now).

The EIA forecasts that the West’s energy growth will dwindle and emissions reduce. Worldwide fossil-fuel energy use through 2018-50 will climb 25 per cent and CO2 emissions by 22 per cent as poorer nations chase energy for prosperity. In other words, the West’s multi-trillion-dollar “tackling” of global warming is irrelevant.

Moreover, fossil fuels are raw material for a host of plastics and synthetics essential to modern life. Work out the implications.

It’s not as though any meaningful global switch from fossil fuels is already under way. Each day humanity is moving in the other direction: more fossil fuels. In 2018 the world added more than 280 million tonnes of oil equivalent (MTOE) of fossil fuel consumption compared with 106MTOE of carbon-free consumption, says Pielke, citing BP. To move towards net-zero, all of those 400 MTOE additions ought to be carbon-free, while replacing and retiring 400 MTOE of existing fossil fuel consumption. “In a round number,” he remarks., “the deployment rate of carbon-free energy would need to increase by about 800 per cent.”

All the non-considered factors in Pielke’s analysis seem to make his estimates conservative. For example, he doesn’t allow for the global resources demanded to build myriads of nuclear plants or millions of turbines, which wear out in 15-20 years.

Obviously, each new wind turbine will go on a less optimal site for power, and cross-interference further weakens their output. Engineers point out that real-world power systems have to cater for daily and annual peaks, hence deployment estimates based on average power needed are way too low. And no self-respecting business or institution (think Amazon and hospitals) will rely on renewable electricity without having a diesel-type generator in the basement for emergencies or orderly shut-downs. How would that work in net-zero-emission 2050?

The American Wind Energy Association (AWEA) calculates that just to replace current US electricity consumption with wind power would need 580,000 turbines. How many more turbine equivalents would be needed to replace non-electricity energy use, which beats electricity numbers by a factor of three or four?

Consider rail networks (140,000 miles in the US, 36,000km in Australia). If they were all electrified to cut diesel emissions, how would the electricity be generated and what battery back-up could move a freight train?

The recent BP Statistical Review of World Energy has fossil fuel energy use for USA and Australia. BP puts Australia last year at 133 MTOE. With assumed 20 years growth of usage at 1.25 per cent p.a., the task by 2050 is to get rid of 170 MTOE. Divide 11,037 days by 170 = one nuclear plant per 65 days. Concurrently, we’d also need to be decommissioning the equivalent in fossil-fuel power sources.

Pielke concludes, “When you see an ‘auction of promises’ in climate policy for emissions reductions, ask instead for rates of deployment of carbon-free energy technologies and rates of decommissioning of existing fossil fuel infrastructure. Then do the math, and see if it adds up.”

Actually, there’s a final twist to this folly. The idea that CO2 is the control knob for the globe’s intricately complex and chaotic climate is based on simplistic computer models which one top modeller has shown to be junk. Numerous recent studies of temperature impacts from CO2 doubling put the sensitivity at or below the bottom end of the IPCC range  of 1.5 to 4.5degC. or half the IPCC’s “best estimate” on which the great CO2 scare is based. If those studies are right, CO2 increases pose no threat to humanity and may well be beneficial.

[1] Press release:“The Academy has previously called on Australian governments to implement policy measures to reduce carbon emissions over the coming decades with the ultimate goal of reaching net zero carbon emissions by 2050.”

[4] One route favored by the Greens is “by reducing the demand for material goods”.

21 thoughts on “Maths is Hard for the Green-Minded”