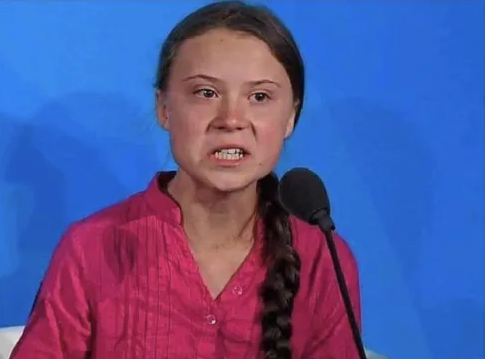 It might come as a surprise to some, but Greta Thunberg isn’t the first teenager whose innocence has been tapped to wrap the Left’s agenda in persuasive emotionalism. Few these days recall Samantha Smith, the Maine 10-year-old who wrote in 1983 to USSR supremo Yuri Andropov to plead for world peace and nuke-free happiness. This happened when the Left was telling all and sundry that Ronald Reagan was intent on pushing the button and plunging the world into nuclear winter. Invited to visit Moscow, she was feted with fawning TV interviews, radio broadcasts, newspaper coverage and a trip to the Young Pioneers in Crimea, the best children’s resort in what was then the USSR.

The photogenic youngster was further hailed by international audiences, the meme being that the Soviets should resist responding in kind to the warmonger in the White House. She certainly proved useful to the Kremlin’s masters, this eager innocent advancing the notion, contrary to reality, of the USSR’s pacific nature. All this took place while Soviet troops were despoiling Afghanistan with their customary brutality. 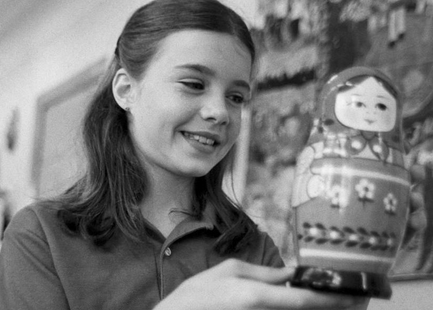 The parallels between Samantha (pictured at right) and Greta are many. Both spoke about the fear and anxiety experienced by young people in the face of looming doom. Both were bathed in the sort of extraordinary, unqualified publicity that amounted to something close to beatification. Both found their fame granted unprecedented access to the rich and powerful. Both insisted that politicians were knowingly sowing the seeds of catastrophe. Both were cute and photogenic, endearing in their vulnerability and eagerness. Both sought to provoke deep-seated feelings of guilt in adults. And both were cynically manipulated by people hostile to the West’s liberal-democratic societies and their fellow travellers.

However, there are differences as well. Samantha was all sweetness and light. Speaking about the possibility of a nuclear war, she stressed a shared humanity rather than differences between potential combatants.

Greta is a bit different. She is angry, a 16-year-old in a near-constant state of how-dare-you fury, hurling accusatory words at adults, especially the politicians her handlers wish to intimidate and shame, and ranting about the unspecified consequences her generation will inflict if the grownups fail to mend their ways. In a voice quivering with emotion, Greta accuses the world’s politicians of the high crime of “stealing” her childhood. She even brandishes accusations of climate-change genocide, not to what should be her audience’s raised eyebrows but to the rapturous applause of those who must surely recognise the dark fantasies of a mentally troubled young girl. 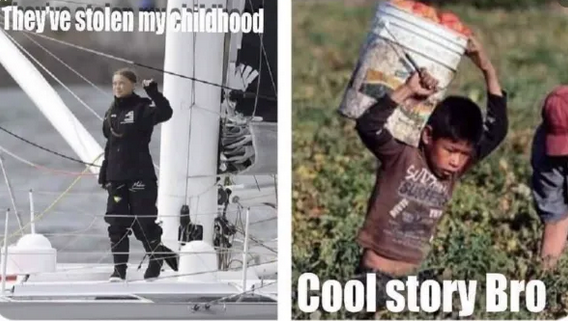 Greta is doing what adolescents so often do, splashing self-righteous anger on her elders, utterly convinced of her infallibility. She has offered no proof of the calamities she lists — the coming mass extinctions, the drowning islands, and all the other sweaty horrors of global warming. Other than touting something akin to Nuremberg trials for climate criminals she offers only that capitalism, growth and prosperity are wicked in and of themselves.

Perhaps oddly, in the light of the above, I must admit to a certain respect for her bravery. It cannot be easy for someone on the autism spectrum, a girl who has suffered anorexia and extended periods of mutism, to wear the prominence her manipulators and parents have crafted for her. What I cannot countenance is the response she drew from the recent UN gathering in New York. That audience of political operators, Third World shakedown artists and corruptocrats’ brothers-in-law, reacted as though they were witnessing the Second Coming. My jaw dropped at their near-religious worship of Scoldilocks, their pig-tailed moppet prophet.

Well that was what the cameras captured; alas video technology has not yet evolved to capture the hand-picked dignitaries’ shrewd recognition of the good she was doing the cause of their pockets and careers. Perhaps some genuinely believe in Greta’s crusade for reasons other than the real goal of the climate warriors — the redistribution of the world’s wealth and their own comfy sinecures as the globe-trotting priest of catastrophism. Call me cynical but the true believers’ that day in Turtle Bay could not have been many.

What comes to my mind as I type are two considerations, and both make me cringe.

The first is the manipulated nature of Greta’s rise to prominence and fame. Just like Samantha Smith before her, she is being used by unscrupulous adults for their own ends. It is unconscionable to place a fragile child under such stress, to haunt her anxious head with the eco-horrors they have implanted. The climate-change sermonisers see hysteria as another path to global wealth re-distribution, and if a young girl is tormented and exploited in the process, well that is of no account in the grand scheme of their goals. The latest UN estimate requires the West to subsidize developing countries to the tune of $US2.3 trillion a year in order, ostensibly, to compensate them for not using the fossil fuels for their development. The twin aims of undermining the energy and financial security of the Western world are self-evident. The green movement, led by the radical Left, is trying to bankrupt the hated capitalists, in part by terrorising the young and gullible with expectations of early death and planetary demise.  This anxiety has developed to the degree that there is a talk of not wanting to bring children into this devastated world. Nice one, comrades.

The second consideration is the potential harm to Greta’s health. She is being used to the detriment of her wellbeing amid the stresses of fame and worldwide publicity. How her parents could allow this — nay, encourage it — says much more of them than it does of global warming.

Ignorant as she is (and has been kept) of the planet’s previous climatic fluctuations, there is a genuine tragedy of which Greta should be aware.

A year or two after her anti-nuke letter to Moscow and still riding hight on international acclaim, Samantha Smith was flying home to Maine after yet another media appearance. The chartered plane came in too low, too fast, too soon and all aboard were killed. No sooner had the news broken than the Soviets were intimating she had been done in on purpose, assassinated by Washington’s covert agents.

Poor Greta. Should the pressure ever get too much for her, should her mental problems flare up, should she be left emotionally empty but for toxic pessimism when her 15 minutes in the spotlight are over, she can expect only to be further to be used in her adversity. The media won’t fault of her promoters and parents for making her a pawn and anxiety-riddled victim of depression.

No, none of that. She will be cast instead as the victim of heedless deniers who rejected her adolescent wisdom. You’ll learn all about it from the same media organs currently putting her in such emotional jeopardy.

Now They Want to ‘Fix’ the Climate